Leftist veteran Luiz Inacio Lula da Silva, commonly known as Lula, defeated far-right incumbent Jair Bolsonaro in the runoff election for the Brazilian presidency on Sunday after attaining 50.9% of the vote, according to the Supreme Electoral Court (TSE).

Bolsonaro is now the first Brazilian president to not win reelection since the country’s return to democracy in 1985, and he has not yet conceded the race.

It’s unclear whether Bolsonaro will accept the results, as he has previously suggested he would claim fraud if lost the election.

What did Lula say about his victory?

“Today the only winner is the Brazilian people,” Lula said in his victory speech in Sao Paulo. “This isn’t a victory of mine or the Workers’ Party, not the parties that supported me in campaign. It’s the victory of a democratic movement that formed above political parties, personal interests and ideologies so that democracy came out victorious.”

Lula called for “peace and unity” after the bitter electoral campaign. He vowed to tackle hunger and preserve the Amazon rainforest during his term in office.

“Today we tell the world that Brazil is back,” he said, adding that the country is “ready to take back its place in the fight against the climate crisis, especially the Amazon.”

Lula also stressed he will seek fair global trade rather than trade deals that “condemn our country to be an eternal exporter of raw materials.”

US President Joe Biden, French President Emmanuel Macron and other world leaders offered their congratulations to Lula after his victory was announced.

Lula previously served as a union leader before entering politics.

He enjoyed considerable popularity as president of Brazil from 2003 to 2010, leaving office with an approval rating of 83%. This was largely due to the social programs he introduced to help impoverished families, financed by the country’s commodity-driven economic boom.

His win in the 2022 election represents a major comeback after he was sentenced to 10 years in prison in July 2017 on a range of corruption and money laundering charges. His imprisonment prevented him from taking part in the 2018 elections against Bolsonaro.

Lula was freed from house arrest in 2019 after the Supreme Court ruled that he had not received due process.

His current campaign has taken a more religious turn than previous ones in view of Bolsonaro’s appeal to evangelical Christians, who make up some 30% of the electorate. Among other things, he has depicted the incumbent president as “possessed by the devil.”

Bolsonaro took office as president in January 2019 after winning the 2018 election in a runoff.

Before that, he had been a Congress deputy for the state of Rio de Janeiro for 27 years.

A retired military officer, he was elected on the back of socially conservative promises to improve law and order in the country, finding major support among evangelical Christians and businesspeople.

His term in office was particularly marked by the COVID-19 pandemic, with Bolsonaro downplaying the dangers of the virus and causing consternation by recommending unproven remedies.

Initially, lax preventive measures contributed to Brazil having the fourth highest COVID-19 death toll in the world at around 685,000.

Bolsonaro also courted controversy and consternation in equal measure over his environmental policies.

In 2021, academics and environmental activists warned of the possible collapse of the Amazon’s ecosystems amid a fresh government assault on protections for the rainforest.

A polarized electorate went to the ballots amid allegations of voter suppression in the tense runoff.

Brazilians initially cast their votes on October 2 to choose their president, a third of the Federal Senate and all members of the 513-strong Chamber of Deputies, along with 27 governors and state legislatures.

But the election was dominated by the presidential race, which put Bolsonaro against his arch rival, Lula, and it was those two who emerged for a final runoff.

The general election came at a time when Brazil is suffering from the economic impact of the coronavirus pandemic, which has now been compounded by the fallout from Russia’s invasion of Ukraine.

Lula won the first round with a slight lead but it was Bolsonaro’s performance that came as a surprise, outperforming projections, winning 43% of the vote, five points behind his rival. According to the Datafolha polling institute, he had been 21 points behind Lula in earlier opinion polls. 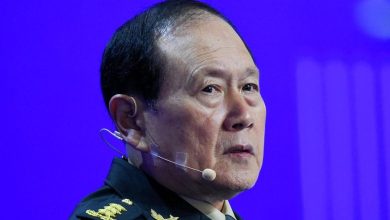 Chinese Defense Minister: ‘We will fight to the very end’ to stop Taiwanese independence’ 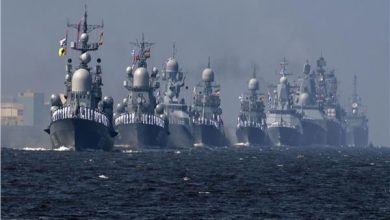 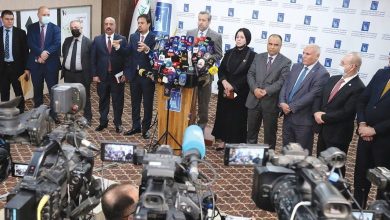