Egypt says it will send humanitarian aid to Gaza and devote $500 million in reconstruction aid to Gaza where more than 200 people have been killed by Israeli enemy strikes since May 10, according to Egyptian officials.

“Egypt will provide 500 million dollars for reconstruction in the Gaza Strip after recent events, with Egyptian companies to carry out the work,” said the spokesperson for the Egyptian presidency on Facebook.

A source said 26 trucks of food aid have already been to the Palestinian territory. 50 ambulances were mobilized to transport the wounded, according to the same source.

On Monday, Israeli bombings destroyed the only clinic performing Covid-19 tests in the Gaza Strip and damaged the premises of the Qatar Red Crescent.

According to local authorities in this poor and densely populated Hamas-controlled enclave, 213 people have been killed, including at least 61 children, and more than 1,440 injured since May 10 in the Gaza Strip, where hospitals are overwhelmed.

The conflict risks causing a humanitarian crisis, as nearly 40,000 Palestinians have been displaced and 2,500 have lost their homes in the Gaza Strip according to the UN.

The Rafah crossing point, on the Egyptian border, is its only opening to the world that is not controlled by Israeli occupation.

Egyptian President Abdel Fattah al-Sisi on Sunday called for its opening to allow the transport of the wounded from Gaza to hospitals in Egypt.

The Egyptian Ministry of Health added that 11 hospitals, including six in Cairo, with a capacity of more than 900 beds and more than 3,600 doctors and nurses, have been mobilized to treat the injured Palestinians.

On May 10, Hamas began a rocket assault after weeks of tensions over a court case to evict several Palestinian families in East Jerusalem. The attacks were also in retaliation for Israeli occupation police clashes with Palestinians near al-Aqsa Mosque during the holy month of Ramadan.

Hamas is a group regarded by Israeli occupation, the United States and the European Union as a terrorist group.

The Israeli military said Hamas and other armed factions had fired more than 3,000 rockets from Gaza over the past week.

A mediation is underway which includes Egypt, Jordan as well as Germany, with the support of France. 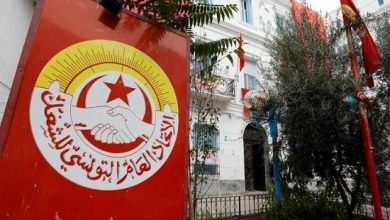 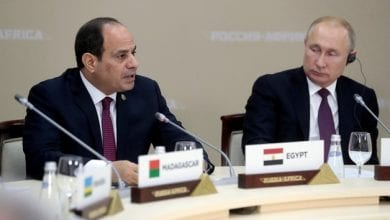