the British energy regulator, Ofgim, announced on Friday that the annual bill for the average family will be $4,182, starting from the beginning of next October, an increase of 80 percent over the previous year.

These prices are for a 3-month period only, from October to December. If prices remained at this level, it would have been a lot, but experts’ expectations indicate that prices will rise more than that.

And energy consultancy Cornwall Insight predicts that the average annual energy bill for a British family will rise to $6,374 in January 2023 and to $7,791 in April 2023, meaning that energy bills will approach the mortgage bills of most residents’ homes.

Prices are expected to rise more than the rates mentioned in the County of Northern Ireland, because most homes there use domestic oil for heating, and this type of fuel is not subject to the Energy Regulatory Authority “Ofjam”, and will not be among the types of energy that are subject to the price ceiling set by the Authority.

To make matters worse, the price hike will coincide with the start of the cold season, when consumers begin to increase their energy consumption for heating, which may threaten the lives of the elderly in particular, in addition to patients and children, who will have to reduce energy consumption and endure the severe cold.

Commenting on these high numbers, British Prime Minister Boris Johnson said, “The British are paying the price for standing with Ukraine against Putin’s evil, and it is a deserved sacrifice, and if Putin wins this war, no country in Europe will be safe.”

He added: “If the British are paying high energy bills, let them remember that the Ukrainians are paying the price with their blood.”

However, many Britons blame the Johnson government’s policy, which has not succeeded in finding effective solutions to protect consumers in light of the global energy crisis.

British Finance Minister Nazim Al-Zahawi said that he is “working to develop a program to help consumers overcome the crisis”, but he does not seem able to do so, especially since a new government will be formed in 10 days, when the results of the Conservative Party leadership elections are announced on the fifth of next September.

It is worth noting that thousands of Britons have opened their homes to accommodate Ukrainian refugees, despite the difficult conditions they are going through. The government pays 350 pounds ($415) a month to each British family sheltering Ukrainian refugees, an amount said to be low compared to what they can afford.

The two contenders for the leadership of the Conservative Party, Liz Terrace and Rishi Sunak, one of whom will become prime minister on the fifth of next September, did not offer a clear solution to the crisis, other than saying that they “will find solutions to help the weak and the needy.”

Liz Truss, who is by far the front-runner in opinion polls among Conservative voters, said she would “cut taxes so that people can keep a greater proportion of their income, so they can face the cost of living”.

As for Sunak, who was Minister of Finance until his resignation on the fifth of last July, he intends to maintain the current high taxes “so that we can control the rate of inflation.”

He said: “Reducing taxes is not currently possible, with the poor financial situation in Britain.” This means that citizens will face high taxes and high inflation at the same time, and that this situation may last for two years, and may develop into a serious inflationary depression.

A government accused of impotence

The opposition Labor Party accuses the Conservatives of failing to find effective solutions to the energy crisis plaguing British society.

Shadow Finance Minister Rachel Reeves called the price hike “astronomical” and said it “would prompt many to resort to unimaginable solutions”, calling on the government to “freeze energy prices during the winter season”.

And the Labor Party put forward a broader proposal to solve the crisis, which is to impose high taxes on the profits of energy companies, which rose to a record during the past six months.

For example, the British giant BP announced this month that it achieved $8.45 billion in profits in just three months, the second-highest figure for the company in its long history.

Such fantastic profits exasperate the British consumer, who is grappling with high prices and cutting their livelihood to pay the high energy bill. But BP says it is “investing a large percentage of its profits in green energy projects and upgrading its infrastructure”.

BP CEO Bernard Looney said, “The company’s experts and employees are working hard to find solutions to the energy crisis, by ensuring the availability of cheap and low-carbon energy.”

“We do this by providing the oil and gas the world needs, and at the same time we are investing in accelerating the transition to new types of energy,” he added.

Meanwhile, many businesses and shops in Britain, especially in villages and small towns, find themselves threatened with closure due to rising energy prices. Its managers and owners say that they faced many difficulties previously, but this crisis may force them to lay off a number of workers or close completely.

The solutions to the crisis are multiple; It starts with rationalizing the use of energy by turning off lights and appliances, then reducing the showering period, lowering the heating temperature, and ending the use of appliances that consume high energy, such as irons, hair dryers, clothes drying machines, food heating (microwaves) and others.

People are preparing to face the coming winter by acquiring woolen clothes and thick covers to compensate for the use of expensive heating.

There are also serious calls to reconsider the efficiency of existing buildings and homes in energy conservation, or to protect residents from cold or hot weather, but such projects take a long time and may be feasible in the long run, but they do not provide an immediate solution.

And construction experts believe that it is necessary to use insulating materials so that the buildings are more capable of protecting their occupants from the cold in the winter, and at the same time, the necessary ventilation must be provided to reduce the temperature in the summer.

It seems that the government will have to provide large sums of money to help people overcome the crisis, but the solutions offered by both contenders for the premiership do not seem effective. to spend their tax savings, or perhaps more.

While the proposal of the leader of the Labor Party, Sir Keir Starmer, calls for taxing the profits of energy companies, which provides a solution to provide the funds needed to face the crisis.

While Sunak intends to keep taxes high until the rate of inflation decreases, this measure will not alleviate the suffering of the high cost of living nor will it provide the money needed to confront it.

But Labor is now out of government, and the Conservatives won’t raise corporate taxes, although Sunak had partly embraced this proposal and announced a 25 percent corporate profit tax to save money.

But at the same time, he announced a tax exemption of up to 90 percent for energy companies that invest in oil and gas extraction projects in Britain.

It is not expected that the next leader of the Conservative Party will hold an early general election, because victory in it is not guaranteed in light of a financial crisis and a high rate of inflation, and the possibility of an increase in the number of unemployed people.

Therefore, the conservatives will remain in power until the next elections on January 24, 2025, and may have to impose taxes on the profits of energy companies as a solution to the crisis, even if the move is not in line with their economic orientation. 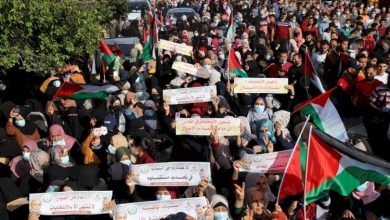 Palestine Elections: Abbas decision ‘coup against the path of national partnership and consensus 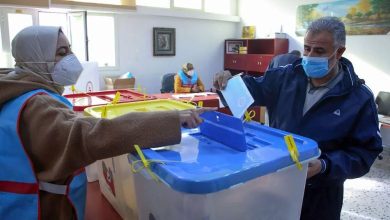 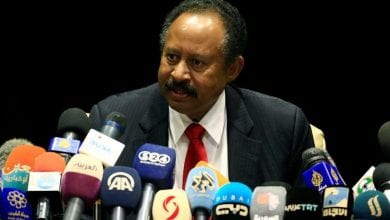 Hamdok: Relations with Israel need a social and political reforms 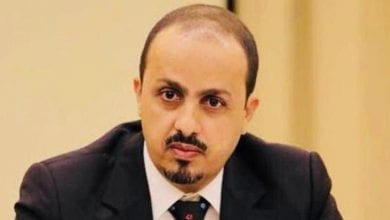