“I call on the Turkish authorities to end these activities immediately and to engage fully and in good faith in a broad dialogue with the European Union,” he said in a statement.

The statement was issued after Ankara announced on Saturday that it will resume drilling activities by the Yavuz vessel, an ultra-deepwater drillship, in a maritime zone that has been delineated by Cyprus and Egypt.

Borrell said the move “regrettably fuels further tensions and insecurity in the Eastern Mediterranean” and “runs counter and undermines efforts to resume dialogue and negotiations, and to pursue immediate de-escalation.” 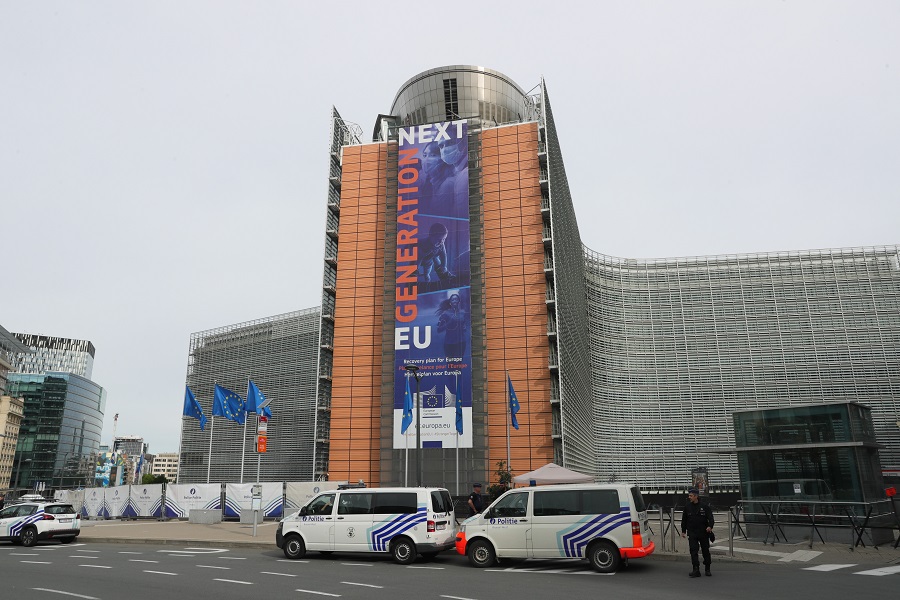 Police are on duty at the European Quarter in Brussels, Belgium, July 19, 2020.

In an urgent meeting convened by Borrell on Friday, the foreign ministers of EU member states considered the recent naval mobilizations by Turkey would “lead to greater antagonism and distrust” and supported Borrell to re-establish dialogue and facilitate re-engagement with Turkey.

The High Representative will also prepare “options on further appropriate measures in case tensions do not abate,” according to the Council of the EU.

On Aug. 7, Turkish President Recep Tayyip Erdogan said his country resumed drilling activities in the eastern Mediterranean, one day after Egypt and Greece signed an agreement on the demarcation of the maritime borders between the two countries and setting up an exclusive economic zone between them.