As talks aimed at reviving the Iran nuclear deal resume in Vienna, there is a growing feeling that the negotiations may be reaching the 11th hour, signaling either light at the end of the tunnel or an eventual collapse.

Nevertheless, there is a chance that the two sides are closer than ever to a deal. After the US and its European partners expressed disappointment at the end of the most recent round of discussions a few weeks ago, the Iranians responded by sending positive messages.

Iran reached an important agreement with the nuclear watchdog the International Atomic Energy Agency to install new cameras at a nuclear facility in Karaj. The surveillance cameras will replace devices damaged or destroyed in a sabotage attack, believed to have been carried out by Israel, in June this year.

A few days before the resumption of talks this week, the head of Iran’s nuclear body, Mohammad Eslami, said the regime would not exceed the 60 percent uranium enrichment levels that he claimed are needed for industrial use. Iran’s nuclear activities are within the framework of the IAEA and the country’s international commitments, he said.

These may be small gestures, but with the lack of progress in talks this year, they could prove important. For Iran the two main issues have been the same since the US withdrew from the nuclear agreement in 2018: The lifting of all sanctions immediately and unconditionally, and the firm assurance that Washington will not pull out of the deal in future.

The second condition is a major hurdle. US President Joe Biden cannot make such a pledge, and his successor, especially if he or she is a Trump surrogate, could walk away from the deal unless it is ratified by Congress — something that is unlikely to happen with a deeply polarized legislature. This particular conundrum could make any new agreement short lived.

On the technical side, the talks have made substantial progress. The provisions of the 2015 deal are well documented, and Iran knows the boundaries and limitations of its “peaceful” nuclear activities. In fact, Tehran claims — and some experts may vouch for it — that even as it raises the level of its uranium enrichment and increases the number of centrifuges, it remains within the original deal. Iran says that it is the US, a main signatory to the agreement, that has violated its terms unilaterally and needs to rejoin the deal.

On the political side, things are more complicated. First, there are non-nuclear related sanctions that have been slapped on Tehran, curbs that relate to human rights violations, ballistic missile programs and drone attacks. Iran wants all sanctions removed, but the US, along with its European and Gulf partners, wants to extract concessions from Tehran regarding such non-nuclear activities. Iran has supplied its Houthi allies in Yemen with ballistic missiles and drones that have been used to attack civilian targets in Saudi Arabia.

Iran’s economic troubles are mounting and time is not on its side. It wants the immediate lifting of sanctions that have prevented it from selling its oil on the open market.

In fact, Iran’s ballistic missile and drone technology is increasingly seen as a game changer in the region. The regime’s proxies in Iraq, Syria and Lebanon are believed to have access to such weapons now, which is a source of great concern to many parties, including Israel.

For Iran’s radical leaders the issue is non-negotiable, with the weapons seen as a major deterrent against threats to bomb Iran’s nuclear facilities, especially by Israel. As things stand, the US is unlikely to cave in to pressure to lift all sanctions immediately.

But then, on the eve of the resumption of the Vienna talks, Iranian Foreign Minister Hossein Amirabdollahian said Iran’s main focus in the negotiations would be the lifting of all US sanctions in a verifiable process that guaranteed Tehran’s unhindered ability to export its oil.

“The most important issue for us is to reach a point where, firstly, Iranian oil can be sold easily and without hindrance,” he said, and “the money from the oil is to be deposited as foreign currency in Iranian banks, so we can enjoy all the economic benefits stipulated in the Joint Comprehensive Plan of Action.”

Iran’s economic troubles are mounting and time is not on its side. It wants the immediate lifting of sanctions that have prevented it from selling its oil on the open market. This could be a sign that Tehran is willing to accept a first phase of the lifting of sanctions related directly to its oil exports.

The US will not be dragged into a war at a time when Biden is facing domestic challenges that could diminish his party’s chances in crucial midterm elections next year. The sooner he can get the Iran issue out of the way, the sooner his administration will be able to focus on preparations for the difficult congressional and other elections.

That is not good news for Israel. Iran and Israel have exchanged strong signals in recent weeks, with both holding military exercises aimed at intimidating the other. Despite Israel’s saber rattling, a unilateral pre-emptive strike would be costly and unpredictable in its outcome.

US National Security Adviser Jack Sullivan failed to mention a military option when he visited Israel last week to discuss the nuclear talks. His unspoken message may have been “do not count us in,” and Israel seems to have understood it well. Perhaps that is why Israel’s Prime Minister Naftali Bennett and Foreign Minister Yair Lapid said this week that Israel would have no problem with a strong nuclear deal that permanently limited Iran’s ability to develop a nuclear weapon. 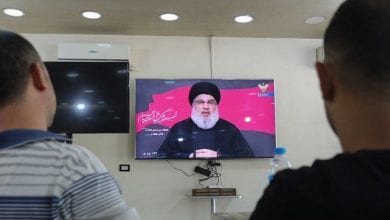 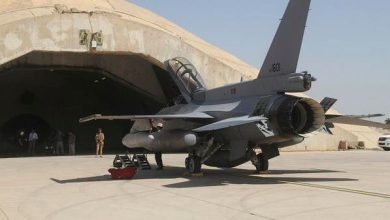