In the middle of 2012, Brotherhood in Egypt were re-adapting to a new reality in which the group dominated the legislative and executive branches.

This new reality prompted Khairat Al-Shater, the strongman in the group and the first responsible for the financial empire, to rehabilitate the organization’s economy to expand and try to integrate it into the state’s economy, To achieve this goal, he formed a committee to manage the financial community’s affairs, with the his business partner, Hassan Malek.

Security sources said that Al-Shater exploited his influence in 2012 to achieve huge financial gains by manipulating the Egyptian economy and monopolizing special deals, the most prominent of which was the “Bloomberg Deal”, noting that Al-Shater was presenting himself to investors as the decision-maker in the Egyptian presidential institution.

An Egyptian young man who worked at the Al-Shater office in  Nasr City (east of Cairo) told our agency News that 2012 witnessed frequent visits by foreign delegations to Al-Shater’s office, and always wase next to him the fleeing Brotherhood leader Ayman Abdel-Ghani, Al-Shater son-in-law  and one of the most prominent leaders Listed on terror lists.

A year later, the commission found itself facing tasks did not expected, after a popular revolution (30 June 2013) ousted the terrorist organization from power and probably history as well.

The majority of the committee members avoided arrest and fled to Turkey after the arrest of Al-Shater and Malik, and later the Egyptian authorities included them on the terrorist list.

At that time, members of the Finance Committee held consecutive organizational meetings in Turkey and Arab countries, during which they laid out an integrated plan to undermine the Egyptian economy and impede development efforts, with the aim of harming the national economy and building on entities and conservative elements.

The Brotherhood plan of the Egyptian authorities was exposed at the end of 2015 and early 2016, according to the case documents 721 restricting the security of a supreme state, which led to arrest of the members of the committee who remained in Cairo, headed by Muhammad al-Saeed Fath al-Din.

And seized in the possession of Fatah al-Din huge sums of money in local currencies and dollar, and a set of regulatory papers that include strategies of armed action, media movement, and a memorandum of assignments received from the committee’s senior management abroad, signed in the name of the fleeing Brotherhood leader Muhammad Abd al-Rahman al-Morsi, the committee’s official, and it has written recognition of the group’s involvement in an accident Assassination of Counselor Hisham Barakat, ex former Egyptian Attorney General (June 2015).

The committee undertook all the affairs of the Brotherhood’s financial affairs and reshaped the group’s investments, and set three main goals: defrauding the actions of the terrorist entities ’custody committee by transferring ownership of schools, companies, societies, and hospitals to businessmen in the shadow department.

It also worked to coordinate with the organizers of the group’s media committee to spread news and rumors about the Egyptian economy that would deepen the economic crisis and boycott the group’s elements and those associated with them for national and state-supporting companies.

An Egyptian judicial source said that the Brotherhood’s money reservation committee continues to investigate the group’s hidden funds, noting that a third list is currently being prepared that includes a number of Brotherhood companies, personalities, and other collaborators with the organization.

The group relied on the informal economy, and most of its investments in trade focused on the difficulty of monitoring the movement of liquid funds, especially its dependence on persons unknown to the security authorities.

A source close to the group – who preferred not to be named – described the current state of the Brotherhood’s economy as a “snow pyramid”, which does not appear to exceed 20% of its true size, and despite the great efforts made by the Egyptian security and judicial agencies to track the Brotherhood’s funds to dry up the sources of terrorism, the organization Like any terrorist entity, it has special ways of hiding most of its assets.

He explained that “the group learned a lesson from the successive ban decisions, the first of which was in 1948, during the reign of King Farouk, and therefore adopted special methods in concealing its investments.”

The source pointed to the group’s dependence mainly on pumping its money into small investments, especially in the real estate and retail sectors, with its keenness to register most of those companies with the names of personalities that do not belong to the organization, and some of them are Copts.

Case papers No. 653 restricting the security of a supreme state refers to some of the names who are not affiliated with the organization. The group succeeded in establishing economic partnerships with them equally, most notably Prince Mustafa Hassan Mohamed, Mr. Bahy alddin Muhammad Awad, Mr. Hassan Salem Al-Qadi, Ibrahim Abdel-Hamid Morsy Zina and Ismail Tharwat Abdel-Fattah. , Engy Fayez Salem Al-Dafrawi, Ihab Mohamed Attia, Ahmed Ali Musa, Ahmed Al-Tabei, Iman Sabry Sayed Othman, Hoda Mohamed Attia and Ahmed Sabry, and they are listed on the lists of terrorism according to Memorandum No. 1 of 2017.

Last April, a lawsuit filed under No. 5808 for the year 2019 demanded the confiscation of “Safety” Company for Security Guards as one of the companies owned by Ahmed Omar Abdel-Star Abdel-Moez, Mustafa Abdel-Moez Abdel-Star, and Shendi Yahya Shendi, the imaginary president of the company.

A number of companies affiliated to Al-Moez Group, owned by Mustafa Abdel-Moez Abdel-Star, the first suspect in “AMAL Cell” accused of cooperating with the Brotherhood’s organization to provide an alternative pot for the organization’s investments in Egypt, were confiscated in June 2019.

According to its official website, “Al Moez Al-Kabida” owns many companies working in the field of real estate investment and urban expansion, especially in Egypt and in general in the Arab Gulf region, in addition to the leading national and international companies in various industrial, tourism and commercial, and medical investments..

Sources separately agree that the group has reshaped its economic map since 2009, a date that coincides with a huge issue the organization has been involved in what is known as “money laundering” case.

And it is possible to map the Brotherhood’s investments through information that the largest part of it is in trade, followed by the real estate sector, then durable goods products, investment in education, as well as exchange firms.

We knew that the businessman “A.N”, the owner of “H.N” companies working in the real estate field, is investing Brotherhood money and he is not affiliated with the organization, and in search of the name we found that he donated over the past four months about 300 thousand pounds (approximately $20 thousand dollars ) For the “Long Live Egypt” fund, and 100,000 pounds (approximately $ 7,000) for charity.

He said that these investments are distributed between commercial agencies and schools, food chains, durable goods, real estate and clothing.

According to the latest statement issued by the Committee for the Preservation of the Funds of Terrorist Entities, Egypt confiscated money of 1,589 members from and affiliated with the terrorist organization, and seized 118 companies of various activities, 1133 NGOs, 104 schools, 69 hospitals, 33 websites and satellite channels.

The former Egyptian Minister of Finance, Samir Radwan, said that 12 billion dollars disappeared from the cash reserves in the treasury of the Central Bank of Egypt in the year of the group’s rule.

Radwan emphasized that the Egyptian economy was negatively affected during the Brotherhood era.

He added: “With all objectivity, this analysis has nothing to do with politics. The Brotherhood was never able to manage the economy, and it is a radical organization that includes two factions. Unfortunately, those who controlled Egypt this year are the militants of the terrorist organization, and they spoiled many things in Egypt, the most important of which was Economy”.

After the group fell from power on June 30, 2013, efforts to hit the economy intensified by smuggling foreign exchange outside the country by exploiting its financial institutions and intensifying terrorist operations that undermine the good investment environment.

Reda Mahmoud Abdullah, one of Brotherhood organization and an employee of Hassan Malik Company, admitted of trading in foreign exchange on the black market at higher prices, especially the dollar.

He pointed out that he, along with a group of others, collected the dollar from the market in 2015 for the money exchange company of Malak Karam Abdel Wahab, and he runs it from  office located in 26th of July Street in Zamalek in Cairo, the two accused Mohammed Miraz and his brother.

He admitted  infront of Prosecution that he collectd about $ 60,000 in 3 months of early 2015 with the aim of harming the economy and raising the price of dollar on the Egyptian market. 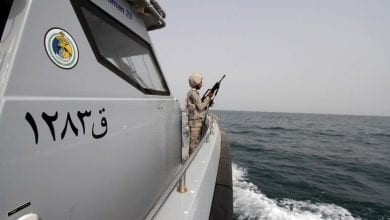 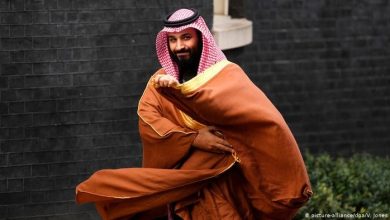 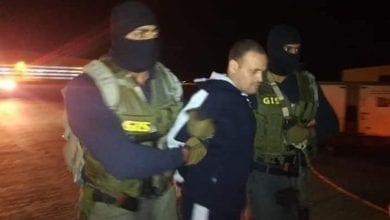 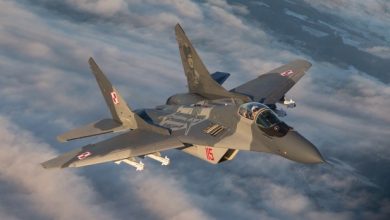