It has become a cliché to describe relations between Turkey and Iran as a “manageable competition”and “reluctant cooperation.” In many ways, Ankara’s relations with Tehran resemble its relations with Moscow, and Syria best displays the complicated nature of ties between all three.

In particular, the Astana peace process these three countries launched in early 2017 conceptualizes the Ankara-Tehran-Moscow axis in the Syria context. Astana offered no bed of roses, but it became a framework for preventing conflict while establishing the three countries’ spheres of influence.

After years of enmity, Turkiye-Syria relations are set to enter a new stage. While Russia is spearheading the normalization process, Iran is jockeying to carve out a new role in the latest phase of the Syrian crisis. President Ebrahim Raisi will visit both Türkiye and Syria soon, his first visit to Türkiye since taking office two years ago.

Raisi’s trip will reciprocate that of Turkish President Recep Tayyip Erdogan to Tehran last year, and enable the two sides to bring the Syria issue to the table in a detailed way. Besides Syria, the Caucasus — in particular relations with Azerbaijan and Armenia — Afghanistan, and mutual security concerns posed by terrorist groups are likely to be on the agenda. Erdoğan’s July visit to Tehran was hailed by Raisi as an “important turning point” in improving the level of cooperation, and also provided an opportunity for Turkish, Iranian, and Russian leaders to meet as part of the Astana format.

The Iranian president’s imminent visits confirm that, rather than being sidelined, Tehran aims to be a part of the normalization process not only in rhetoric, but also in practice. Iranian officials were unhappy at not being invited to the recent Russian-mediated meeting between Syrian and Turkish defense ministers and intelligence chiefs in Moscow. The second phase of those talks this month are expected to include foreign ministers. There has been no mention of Iran’s involvement, although Syrian Foreign Minister Faisal Miqdad said last week that Iran should play a role in “any political initiative” in his country, and praised Tehran’s role in fighting terrorism in Syria.

In any case, Raisi’s visit will highlight Iran’s strategic interests in Syria, consolidate its role in the region, and show what it expects from the outcomes of the Turkiye-Syria talks.

Although partnered with Tehran as part of the Astana format, Ankara’s priority has been to synchronize its Syrian policies with Moscow, especially in relation to the Kurdish threat. Turkiye’s Syria policy is closely intertwined with that threat, and Ankara has long had the perception that the Kurdish card was used by Tehran as leverage. However, in reality, Kurdish separatist movements are considered a threat by not only Ankara, but also Tehran. That was why both countries opposed the Kurdish independence referendum in northern Iraq in 2017. However, Ankara and Tehran view the Kurdish threat differently; the former considers it existential, the latter sees it as a lesser security issue.

Some believe that the protests in Iran since the death of 22-year-old Mahsa Amini in police custody in September might push the regime to spend more of its resources on domestic stability rather than foreign policy. However, the opposite could also happen as the regime shows no sign of backing down in its foreign policy. Iran might take some foreign policy steps to consolidate, rather than loosen, its influence in Syria, Lebanon, Iraq and the rest of the region. In this regard, how the developments in Iran will evolve, and how the Turkiye-Syria normalization process will continue, will be the two important determinants of how Iran’s role would be carved out in Syria. 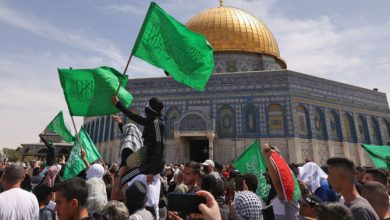 Can Truss and Hunt ride out the UK’s economic storm? 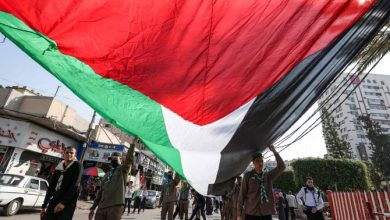 Boycott of the Palestinian flag will backfire Lebanon-Israel deal should be followed by a nonaggression pact