Iran is running out of water. Livestock and crops are dying in some of the highest temperatures on record. Thirsty, desperate people poured on to the streets, first in Khuzestan and then in cities throughout Iran. The regime’s forces quenched their thirst with live ammunition.

Amid this unimaginably brutal dystopia, out comes Ayatollah Ali Khamenei. For the first time on record, he didn’t try to blame Israel and America. Indeed, he acknowledged that “people’s water problems” were the fault of his own officials. “We cannot really blame the people,” the supreme leader generously concluded. However, he failed to clarify why his forces were shooting people dead for being thirsty.

There are many ways in which the slightest hint of dissent can carry a death sentence in Iran. Champion wrestler Navid Afkari, who took part in the 2018 protests, faced a trumped-up murder charge, and was convicted and executed. He has been transformed into a popular icon in a nation obsessed with wrestling, with a “United for Navid” campaign promoting the values he stood for. An audio recording of Navid challenging the judge at his farcical trial has been shared thousands of times. How did the regime react to this outpouring of popular sentiment? By persecuting the long-suffering Afkari family. Navid’s brothers Vahid and Habib have been jailed for 54 and 27 years respectively, and endure regular prison beatings. A memorial stone placed by Navid’s burial place was destroyed by a regime bulldozer. His grieving mother was beaten by police officers.

One of Afkari’s most vocal defenders was the Iranian-American journalist Masih Alinejad. When Alinejad spearheaded a 2018 campaign against compulsory hijab, Afkari tweeted his support, while venting his anger against the Supreme Leader: “I spit on your rotten soul.” This tweet perhaps sealed Afkari’s fate. And soon afterwards, Iranian intelligence went after Alinejad.

This month the FBI revealed that Alinejad had been the subject of an elaborate Iranian plot to abduct her on US soil. They even hired American private investigators to spy on her. While the Iranian media falsely denounced her as a drug addict, a Western spy, and even a rape victim, Iranian intelligence harassed her family — compelling Alinejad’s sister to disown her on TV, while detaining her brother, and trying to force her parents to lure her to Turkey for a “family reunion.” As the FBI felt compelled to clarify: “This is not some far-fetched movie plot.”

For many years, the millions of Iranians who successfully fled their homeland could feel relatively safe overseas. Even if they outspokenly voice criticism, they were far from the regime’s reach. Now this mafioso regime wants everybody to know that its critics have nowhere to hide: No matter where you flee to, if you speak up, we will get to you.

First there was a succession of bombings and assassination attempts against Iranian dissidents in Europe. Numerous Iranian diplomats were accused of involvement and were expelled.

Iranian intelligence personnel feel so comfortable delivering these threats that they give their names and phone numbers. They encourage their victims to call back when they reach a decision, or risk being dragged back to Iran “to meet the same fate as Ruhollah Zam.”

Then there was the shocking 2019 case of France-based journalist Ruhollah Zam. He was enticed to travel from his home in France to Baghdad, where he was kidnapped. Zam was then executed in 2020. Other figures, such as Jamshid Sharmahd and Habib Chaab, were abducted in comparable circumstances.

The staff of London-based BBC Persian experience similar persecution. Nearly three-quarters of employees report some form of harassment. A third have seen family members harassed, detained or summoned for questioning. Relatives have been instructed to pass on death threats. One reporter received death threats via Skype, and was told to resign, or spy on her colleagues, in return for the freedom of her sister, who had been detained in Iran.

Iranian intelligence personnel feel so comfortable delivering these threats that they give their names and phone numbers. They encourage their victims to call back when they reach a decision, or risk being dragged back to Iran “to meet the same fate as Ruhollah Zam.”

Iran exports its misgovernance to its client states. Tehran has diverted water supplies from Iraq’s eastern provinces, creating a crisis there, while threatening to halt electricity supplies to these areas. UNICEF warnsthat Lebanon’s water system is on the verge of total collapse, the consequence of systematic failures of a rotten governing system monopolized by Hezbollah and its allies.

Lebanon’s citizens are already penniless and starving, left in darkness by interminable power cuts, confined to their homes by gasoline scarcity and suffering the consequences of chronic medical shortages. Why should we expect Hassan Nasrallah, Michel Aoun and the remainder of this governing cabal to be any more responsive when citizens begin dropping dead from thirst?

While the dynamics underpinning these crises are complex, the ultimate reason for these failures is brutally simple: Iran, Iraq, Syria and Lebanon are governed by cliques who care nothing for their citizens. They are content to leave them to die, or to shoot them dead if they dare voice outrage.

Billions of dollars have been squandered through corruption, terrorism and incompetence. Water is the cheapest and most abundant of all products on planet Earth. The contents of either Khamenei or Nasrallah’s personal bank accounts could solve the crisis at a stroke. But better that the people die like flies than Nasrallah relinquish one iota of his powers, or that Khamenei is forced to divert funding destined to spread death and mayhem in Yemen, Syria, Iraq and elsewhere.

People can survive without electricity or gasoline. They can even cling on to life for a few weeks without food or medicine. However, when these extremities of misgovernance result in the absence of water — as is now occurring throughout Iran, Lebanon, Yemen, Syria and Iraq — Khamenei should expect the situation to turn ugly very rapidly. 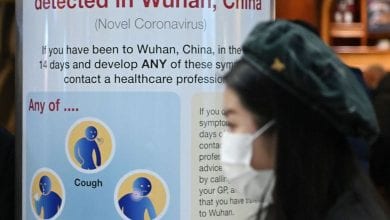 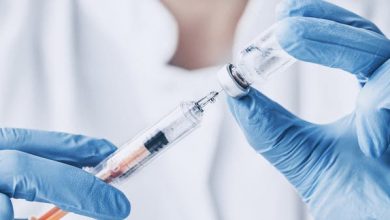 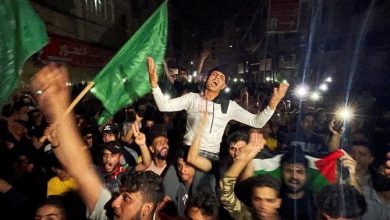 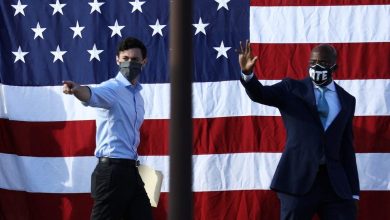