While the new Israeli government coalition agreement mentions passing an annexation law as early as July 1, it is looking increasingly unlikely that this will actually happen. However, annexation or not, all interested parties should redouble their efforts to end the occupation.

This is not to say annexation will never happen, nor is it to say that one should become complacent. But a level-headed political reading of the relevant elements suggests that annexation will not happen as expected and at the time suggested.

While the coalition agreement between the Likud party and the Blue and White alliance mentioned annexation, it conditioned the decision on clear criteria: The US has to acquiesce, the move should not affect peace efforts, and it should not endanger existing peace treaties. Every one of these conditions is starting to come apart.

While US Secretary of State Mike Pompeo initially said the matter was up to Tel Aviv, he didn’t speak on the issue during his surprise and short visit to Israel last week. In fact, journalists say that, if anything, Pompeo is putting on the brakes on any unilateral action. One analyst, Ofer Zalzberg of the International Crisis Group, argued that Pompeo gave Blue and White leader Benny Gantz a veto on this issue, which his Likud coalition partners had taken away from him.

Palestinians are not waiting for annexation to happen. A letter written by leftist leader Ahmad Saadat and smuggled out of his prison appears to have buried the hatchet regarding the divisions within the Palestinian national movement (although not with Hamas) and a Palestine Liberation Organization reconciliation meeting is due to take place soon. An emergency meeting of the Palestinian leadership held on Tuesday agreed on the total abrogation of all agreements the PLO has had with both Israel and the US “including security” agreements. While the details have not been fleshed out, this decision will not bode well for any expectation of discretion on the Palestinian front.

The Arab world is also not remaining silent. Not only have the Arab League’s foreign ministers opposed annexation, but Jordan’s King Abdullah has made it clear that it “would lead to a massive conflict.” In an interview with Der Spiegel, he refused to make any threats publicly but insisted Amman would “consider all options.”

However, annexation might not take place for a totally different reason. For all his bluster, Israel’s Prime Minister Benjamin Netanyahu really likes his international buddies, probably more so than most of his political partners. European leaders and UK MPs have threatened sanctions and/or the possibility of recognizing the Palestinian state on the 1967 borders.

Netanyahu is not an ideologue but a pragmatist who is fighting for his political life. He had promised annexation in order to increase his mandate in the elections. But, now that the elections are over and the far-right Yamina bloc is not even part of his coalition, Bibi, as he is called in Israel, would prefer to keep the friendship of Germany’s Angela Merkel, France’s Emmanuel Macron and others rather than some of the ultra-right-wing settlement fanatics who are pushing Israel into an international minefield.

In addition to the overwhelming Palestinian, Arab, and European opposition to annexation, loud voices from the US are also making themselves heard. Opposition to annexation has been publicly expressed by members of Congress from both parties, Washington-based think tanks, and the media, as well as by the Democratic presidential candidate Joe Biden. A majority of American Jews are also opposed to it.

In Israel, an overwhelming number of former security generals have publicly declared their opposition to annexation. Their arguments and experiences cannot be easily ignored. Annexation has no majority among the Israeli public. Eight American-Jewish organizations including J street and Americans for Peace Now have signed a letter opposed to unilateral annexation.

On the ground, a simple look at the future will force Israel to revisit its separation wall theory. Following annexation, would it then create another 850-kilometer-long wall at the cost of billions of dollars at a time of economic uncertainty due to the coronavirus pandemic and its associated lockdown?

Netanyahu is not an ideologue but a pragmatist who is fighting for his political life.

Some argue that Israel might choose a narrower path and annex only some of the larger settlement blocks like Maale Adumim, Efrat and Ariel. This climb down would, however, not make the European, American or Jordanian responses any less debilitating. It would cause long-term rifts between Israel and its Arab neighbors and international friends for years to come. On the other hand, this “compromise” would do little to satisfy the hardcore settlers who want every single settlement, outpost and caravan built illegally in the Occupied Territories to be part of Israel, as well as the entire Jordan Valley.

The prediction that annexation will not take place in July is not wishful thinking or a call to let down the political guard. On the contrary, it is testament to the Palestinians, Arabs and Europeans’ power and influence, which should now be used not simply to stop the annexation, but to end the occupation.

Thanks to Netanyahu and Gantz, the almost-forgotten Palestinian cause is back on the front burner. It is high time that a national, regional and international strategy was implemented to end the occupation and establish an independent and democratic state of Palestine to live in peace with its neighbors. 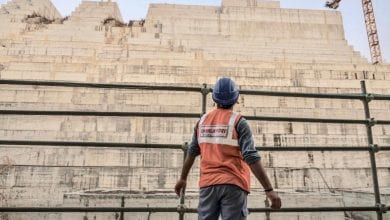 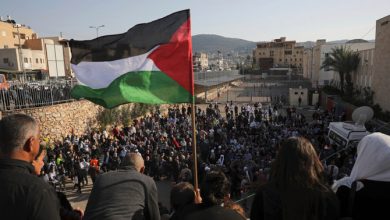 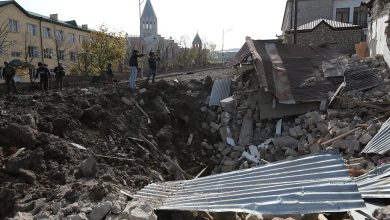 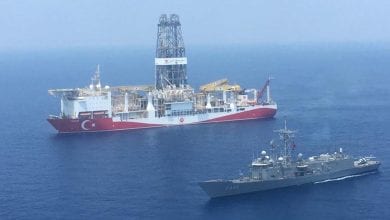 Containment of Turkey a far better strategy than confrontation