Israeli forces have killed a top Islamic Jihad commander in an air raid on his home in Gaza City, unleashing a new spiral of violence.

Shortly after the attack on Tuesday morning that killed Bahaa Abu al-Ata and his wife, salvos of rockets were launched from Palestinian groups in the besieged Gaza Strip into  Israel.

In response to the rocket barrage, dozens of air raids were launched on Gaza. Overall, 24 Palestinians have been killed in the Israeli bombardment in Gaza, according to health officials.

Separately, Syrian state media said a separate missile attack on Tuesday hit the home of Islamic Jihad official Akram al-Ajouri in Damascus, killing two people including one of his sons. Syria said Israel carried out the Damascus attack. Israel did not comment.

Turkey has denounced Israeli attacks in Gaza Strip, calling on the country to stop its state policy of aggression.

“Israel has massacred many innocent Palestinian brothers in the attacks it has carried out in Gaza since yesterday. We strongly condemn these attacks,” the Foreign Ministry said in a statement.

Defence minister: Israel ‘will hunt down every terrorist’

Israel’s new defence minister said the country will not hesitate to target more members of the Islamic Jihad group.

“Over the past 24 hours the Jihad Islamic terrorists shot over 250 rockets and missiles on Israelis,” Naftali Bennett said.

“Israeli security forces will hunt down every terrorist, until our children are secure and safe,” he added. The enclave’s information ministry put the total number of housing units damaged at 48 – some of which were “totally destroyed”.

Ashraf al-Qidra, spokesman for Gaza’s health ministry, said two Palestinians have been killed in an air raid that targeted Khan Younis in the southern Gaza Strip.

One Palestinian has been injured, he added. People carry the body of a 38-year-old Khalid Faraj, who was killed in an Israeli air raid, during his funeral procession in Deir al Balah

Ashraf al-Qidra, spokesman for Gaza’s health ministry, said at least 22 Palestinians were killed in Israeli air raids since the start of the latest escalation on Tuesday morning.

At least 69 others were wounded, he added. A Palestinian man, stained with the blood of his relative, is comforted as he reacts at al-Shifa hospital in Gaza City

A spokesman for Mahmoud Abbas, the president of the Palestinian Authority, said the “Israeli escalation” must immediately stop, Wafa news agency reported.

Abbas is exerting efforts to stop the escalation, Nabil Abu Rudeineh said in a statement.

He called on the international community to immediately intervene to pressure Israel to stop its “continued aggression”, and to respect international law, Wafa added. “They have one choice: to stop these attacks or absorb more and more blows. Their choice,” Netanyahu said in remarks made during a cabinet meeting.

Ashraf al-Qidra, spokesman for Gaza’s health ministry, confirmed to our reporters that at least 18 Palestinians were killed in Israeli air raids since the start of the latest escalation on Tuesday morning.

At least 50 others were wounded, he added, with injuries ranging from minor to moderate. The Islamic Jihad group said one of the two killed was a member of its group, identifying him as 38-year-old Khaled Faraj. The deaths bring the overall toll in Gaza to at least 12 Palestinians, including Abu al-Ata and his wife.

It appeared that Hamas, the group that governs the Gaza Strip, was opting out of the fighting for now.

The Ministry of Education has also announced the suspension of classes in schools run by the United Nations’ agency for Palestinian refugees across the enclave.

Israel has resumed bombardment of the Gaza Strip, according to local media reports.

Israeli fighter jets targetted various areas of the coastal enclave, including the city’s centre, as well as agricultural lands in the eastern part of the Strip, Maan News Agency said. 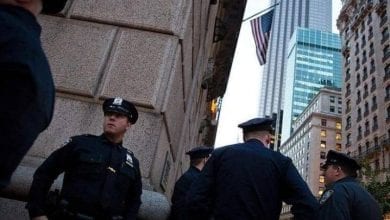 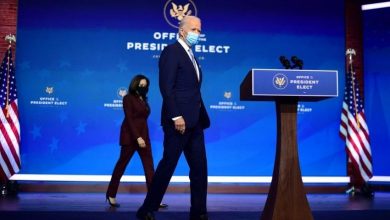 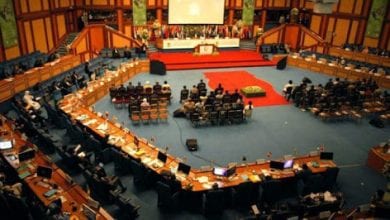 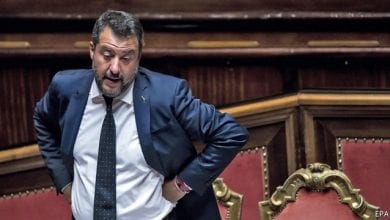