Brexit again risks tearing the UK apart, as well as furthering the divide between Britain and its European neighbors.

The decision by the UK parliament this week to pass the second reading of a bill that sets out the government’s plan to override parts of the trade treaty signed with the EU two years ago represents a major escalation in the continuing dispute over trade rules for Northern Ireland.

The Northern Ireland protocol bill’s progress in parliament has sparked outrage in Brussels and Dublin, as it threatens to set aside parts of the agreement negotiated by Prime Minister Boris Johnson in 2019.

He had presented the deal to voters as being “oven-ready” during campaigning for that year’s general election, earning him a large majority.

The bill, if it becomes law, will lift customs checks on goods being sent from mainland Britain to be sold in Northern Ireland, end the harmonization of the province’s VAT with the rest of the EU single market, and remove the European Court of Justice from any arbitration role in future disputes.

Northern Ireland is the only part of the UK that shares a land border with an EU country, the Republic of Ireland. When Britain left the EU and its borderless free trade zone, the two sides agreed to keep the Irish land border free of customs posts and other checks, as an open border is a key pillar of the peace process that ended decades of violence in Northern Ireland.

The problems of the Northern Ireland protocol are multifaceted. For the Protestant unionists of the province, the protocol’s trade checks have risked a dilution of their bond with the mainland.

Those from the Catholic community do not want a physical customs border to return as they dream of one day reuniting the island.

The Conservative government in London does not mind all of the above and has shown itself to be ready to renege on its international obligations as long as it helps its popularity among an increasingly skeptical voter base. And what could be better than a quarrel and possibly a trade war with the EU, which presents an opportunity for the government to increase its following among British euroskeptics.

However, scrapping the protocol or parts of it can only increase the isolation of the UK. All parties will lose out as a result of the showdown between the UK and the EU. And it will only further embolden those betting on a larger European schism against the backdrop of what seems likely to be a protracted Russia-Ukraine war and a deepening economic crisis as a result of the war and COVID-19 too. But such a crisis is made worse for the UK due to Brexit.

No one can deny that the legislation put forward unilaterally by the London government is a breach of international law and would affect the UK’s standing in the wider world as a promoter and defender of the rule of law and mutually agreed treaties.

Speaking to the House of Commons ahead of Monday’s vote, which the government won with 295 votes in favor to 221 against, former Prime Minister Theresa May said: “This bill is not, in my view, legal in international law, it will not achieve its aims and it will diminish the standing of the United Kingdom in the eyes of the world, and I cannot support it.”

Though her comments mark the highest-profile assault on Johnson from within his party ranks on this issue, he is unlikely to take notice, as he has constantly shown disregard to all his critics. He has promised not only to seek a second term in office but even a third one, despite him being embroiled in many cases of law-breaking during COVID-19 lockdowns, allegedly misleading parliament, his government’s poor handling of the cost of living crisis, and the failure to deliver on many of his post-Brexit prosperity promises.

The UK government under Johnson is adamant Brexit has not exacerbated the UK’s economic underperformance, even though research and studies have been pointing to it as “largely to blame” for billions of lost pounds of trade and tax revenues in recent years, regardless of the impact of the pandemic or the war in Ukraine.

The Centre for European Reform said this month that, by the end of last year, the UK’s economy was 5.2 percent — or £31 billion ($37 billion) — smaller than it would have been without Brexit and COVID-19. “We cannot blame Brexit for all of the 5.2 percent shortfall… but it’s apparent that Brexit is largely to blame,” said the author of the study John Springford.

The Centre for European Reform study said it was “hard to avoid the conclusion that Brexit has severely curtailed GDP, investment and goods trade.” Politicians and business entities have also been pointing out how difficult it is to ignore the central role of Brexit in the overall poor performance of the British economy.

The government has shown itself to be ready to renege on its international obligations as long as it helps its popularity among an increasingly skeptical voter base.

In commemorating six years since the fated referendum to exit the EU in June 2016, many Leavers and Remainers have been trying to validate their choices.

Leavers continue to criticize the EU project as one that aims to form a federalized, united Europe with powers to regulate trade, industry and social areas of life at the expense of individual nation states.

They felt that the uncontrolled immigration from EU countries, with new arrivals having the same rights as UK citizens to public health, education and social benefits, was the final straw that necessitated the vote to leave. Remainers have been pointing to the fact that “Taking Back Control” has plagued the country with all types of shortages, including labor, and has reduced the competitiveness of the country and its ability to attract investment.

Such divides have only increased under Johnson’s leadership, with new elements of discord added to the narrative and with no end in sight that might realign the national agenda to heal and help rebuild the parts of the economy and society damaged due to Brexit. Instead, this government is further pushing down the image of Britain as a law-breaking nation. 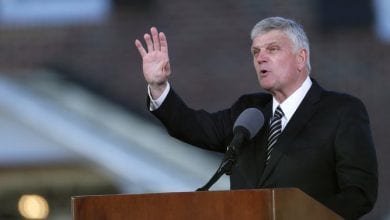 Choosing sides in the conflict between two global rivals 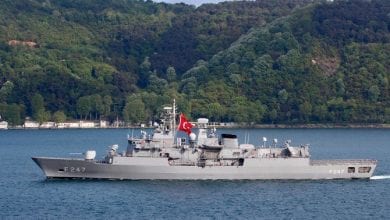