US President Joe Biden’s meeting with Chinese counterpart President Xi Jinping in Indonesia affirmed the need to cooperate on “transnational challenges such as climate change.” The world’s two most powerful countries should consider using the threat of joint sanctions to enforce environmental accords. Such a system represents a plausible alternative to the clear failings of the existing one.

While climate skeptics continue to exist, for the most part, governments, international organizations, scholars, media, and civil society organizations agree on there being an urgent need to address global environmental problems. Moreover, existing international efforts, including those under the 2015 Paris Accords, are failing in this endeavor.

Ultimately, this is due to conflicts of interest regarding environmental issues. For some countries, such as small islands in the Pacific Ocean, climate change poses an existential threat. For others, such as Brazil and Germany, green policies impose high costs upon their economies. As a result, whatever criteria can be agreed upon ending being watered down, and when countries fail to comply, sanctions are weak or absent.

Forging a consensus on any issue with over a hundred countries is incredibly challenging, let alone one that is as potentially divisive as climate change. In the early 1990s, the US’ status as unparalleled global hegemon might have allowed us to sidestep this problem by having the US government unilaterally impose a solution on the world.

However, in 2022, the US’ relative power has waned considerably, and as the breakdown of the Iranian nuclear deal demonstrates, it is barely able to impose its will on a country of 85 million let alone a planet of 8 billion.
Acknowledging two facts can help us work toward a solution. The first is that China and the US are the two biggest CO2 producers in the world by far, and together account for almost half of the global total. The second is that the two countries are also the world’s biggest economies, representing over 40 percent global GDP.

These facts make the problem of global climate change considerably more tractable: getting two countries to agree is much easier than the nearly impossible multilateral consensus-forging exercise the UN is tasked with. Moreover, the damage that joint Sino-American sanctions can cause to any economy is large. As a result, if the two countries could agree on an accountability system, countries would have to take it much more seriously than any of the previous UN-led efforts.

In addition, negotiations between America and China are a useful litmus test. If these two countries can’t agree, then there is little hope of a more sophisticated global solution emerging. In that situation, we need to look for alternatives rather than continuing to chase a pipedream. If the reality of global politics means that an intergovernmental approach is futile, then we should allocate our scarce resources to decentralized efforts at adapting to climate change.

If we were able to convince China and the US to sit down and hammer out a climate change deal, a welcome side benefit would be a potential defusing of tensions between the two superpowers. In every region, Sino-American competition for influence is contributing to rising geopolitical stress, and smaller countries are feeling increasing pressure to “pick a side” in a manner that generates economic losses.

If America and China were to successfully cooperate on the most difficult problem humanity faces at present, then developing systems to manage their other conflicts should be a lot easier, and the world will be a lot better off for it.

Wagging your fingers about climate change over social media might feel cathartic, but it is unlikely to contribute to the genesis of an effective plan for combating climate change. Any scientifically grounded analysis of existing efforts will immediately identify the deep-seated conflicts of interest as a major barrier to advancement. Screaming more loudly does little to resolve this problem, and it is worth trying a fundamentally different approach.

Unfortunately, my proposal is itself riddled with weaknesses. The most notable would be the reluctance of China and the US to sanction their respective economic partners, especially with economic supply chains become more polarized. However, my idea at least has the virtue of keeping the artistic masterpieces of our finest painters undamaged. If my unborn grandchildren can see the Mona Lisa in Paris without needing a dingy to navigate the floodwaters, they might ow their gratitude to a Sino-American climate change pact. 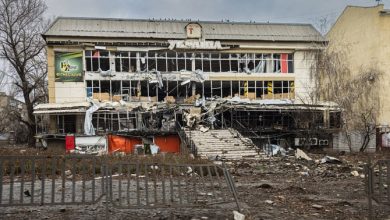 After 300 days of war in Ukraine, what next? 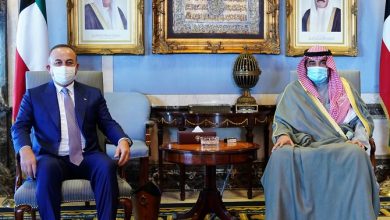 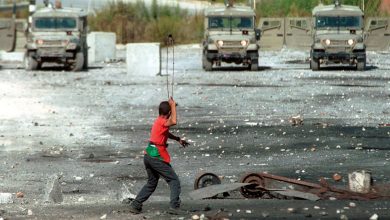 The Second Palestinian Intifada in retrospect