Liverpool moved back five points clear at the top of the Premier League with a 2-1 win at Chelsea on another miserable day for Manchester United as Ole Gunnar Solskjaer’s men lost to West Ham on Sunday.

United are already 10 points behind the leaders after just six games, as Liverpool continue to set a relentless pace, and next face Arsenal, who came from a goal and a man down to beat Aston Villa 3-2 at the Emirates.

At Stamford Bridge, Jurgen Klopp’s men stretched their Premier League winning run to 15 games thanks to two well-worked set-pieces in the first half-hour.

Trent Alexander-Arnold curled brilliantly into the top corner after Mohamed Salah flicked a free-kick into his path to open the scoring.

Chelsea were then denied an equaliser scored by Cesar Azpilicueta by a VAR review for offside against Mason Mount.

Frank Lampard is still to win at home in four matches as Chelsea boss, but his side continued to press the European champions with Adrian stopping Tammy Abraham when the in-form striker was clean through on goal.

Chelsea’s defensive deficiencies were shown up again, though, as Roberto Firmino was afforded a simple header from Andy Robertson’s cross to make it 2-0.

“We are only six matches in,” said Klopp as Liverpool look to end a 30-year drought to win the league.

Lampard’s men did finally get some reward for a vibrant performance when N’Golo Kante skipped through midfield and curled beautifully beyond Adrian, but Liverpool held on to extend their advantage over Manchester City once more.

“Performance wise we were the better team,” said Lampard. “We had more energy in our game, character and spirit. That’s why the crowd applauded at the end. Let’s take this forward.”

AFP / Ian KINGTONFamiliar feeling: Manchester United have not won away from home since March

United’s stuttering start to the season continued as two brilliant finishes from Andriy Yarmolenko and Aaron Cresswell earned West Ham a 2-0 victory at the London Stadium.

The Red Devils have now won just one of their last five Premier League games and have not won away from home since Solskjaer was handed the role as manager on a permanent basis in March.

United were toothless in attack without the injured Paul Pogba and Anthony Martial and also lost Marcus Rashford to injury in the second half.

“We didn’t create enough chances but we created big chances, some big moments that we didn’t take,” said Solskjaer.

“The attitude and desire is there. That’s not the problem. It’s the quality in our decision-making and sometimes in the execution.”

West Ham took full advantage to further their claims to a top-six finish this season as Felipe Anderson fed Yarmolenko to fire into the bottom corner a minute before half-time.

Lukasz Fabianski made one brilliant save to deny Harry Maguire an equaliser from close range.

But the hosts made the game safe thanks to stand-in left-back Cresswell’s stunning free-kick six minutes from time.

Only Arsenal’s late rally prevented West Ham ending the day in the top four as the Gunners bounced back from a nightmare first half to edge a five-goal thriller against Villa.

John McGinn put the visitors in front at the Emirates before Ainsley Maitland-Niles was sent off before the break for two yellow cards.

However, in a frantic finale, Calum Chambers equalised for the 10 men before Pierre-Emerick Aubameyang’s free-kick claimed all three points.

At the bottom of the table, Wolves remain without a Premier League win this season, but did salvage a point at the death in a 1-1 draw at Crystal Palace.

Leander Dendoncker’s own goal handed the Eagles the lead early in the second half before Wolves were reduced to 10 men by Romain Saiss’s red card.

However, the visitors got a valuable equaliser five minutes into stoppage time when Adama Traore crossed for Diogo Jota to level. 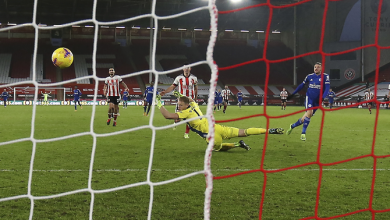 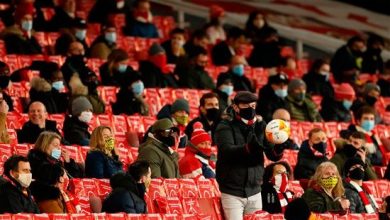 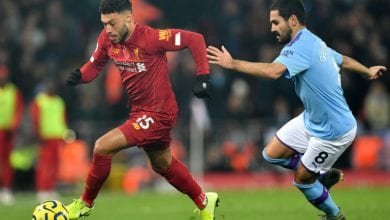 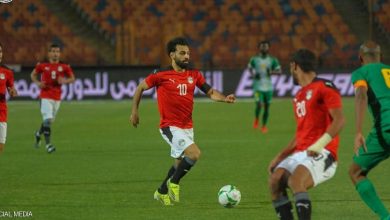 Despite the record and badge, Salah is “angry” after the Comoros match