Tunisian Interior Ministry official spokeswoman Faila Al-Khelaifi announced that confirmed information had been received proving the existence of plans aimed at President Kais Saied’s life, in addition to foiling a terrorist plot and arresting a “lone wolve’s”. “Element designed to carry out the operation in front of a sensitive headquarters in Tunis.

The incident comes about a month before the referendum scheduled for July 25, as part of a roadmap drafted by Saeed on December 13 that charts a new future for the country after the July 25 decisions, which included freezing the work of parliament and parliament the government.

What is the secret of the return?

Regarding the reasons for the return of the “lone wolves”, Tunisian journalist Jamal Ben Omar said: “The country is going through a difficult time with the forthcoming referendum on the constitution, which will actually end the era of brotherhood and the authorities will have to write on treacherous Be prepared for reactions from terrorist organizations to thwart political moves.” to the President.”

Ben Omar added to the Sky News Arabia website: “The announcement by the Home Office that it is targeting a plot against the country’s President comes at a very important time in the life of the country. They are trying to take over Tunisia, seek political reform and spread chaos.”

He pointed out that “the removal of Brotherhood staff in sovereign ministries has angered the Brotherhood, particularly with the opening of their files and the imposition of accountability, and as pressure mounts on them efforts to confuse the situation, gain weight.”

According to security sources, a “lone wolf” attempted to attack a synagogue on Al-Hurriya Street in the center of the capital Tunis, where he attempted to stab two security guards stationed in front of the synagogue, the largest in the country.

The journalist explained that “the threat of terrorism in Tunisia has not completely receded and its intensity has increased with the aftermath of the July 25 earthquake, and it would not be surprising if the Renaissance exploded from within, giving rise to official extremist currents core calling for violence, rebellion against the state and taking up arms,” and calling for increased vigilance to prevent terrorists from infiltrating the country.

She explained that this failed terrorist operation was carried out by a terrorist at 3am with a white gun, with which he wounded two security guards, stabbing the first in the shoulder and stabbing the other in the hand.

In a fresh security crackdown, Tunisia’s interior ministry revealed on Saturday that the arrest of 8 women suspected of joining a terrorist organization turned into a clash of incendiary equipment.

Tunisia’s Interior Ministry revealed that the armed forces searched the house and arrested two women in the first phase of the security operation, before discovering a secret room inside the house where six other wanted women were held.

And last August, security authorities managed to overthrow a terrorist who plotted to assassinate Saeed during a visit to a coastal town in eastern Tunisia.

In January 2021, the Tunisian Presidency announced a plan to hit Said with a “poisoned expulsion” that arrived at the Palace of Carthage, causing a temporary illness to the Director of the Presidential Office, Nadia Okasha, at the time. 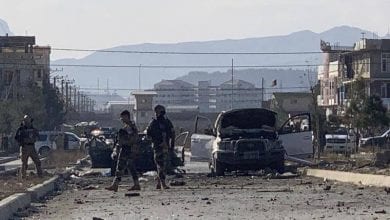 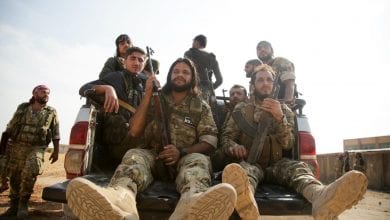 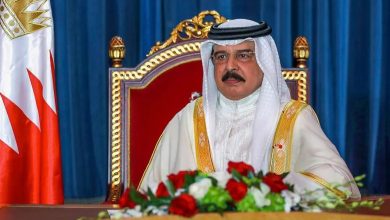 For the first time since 2012: Bahrain appoints first ambassador to Damascus 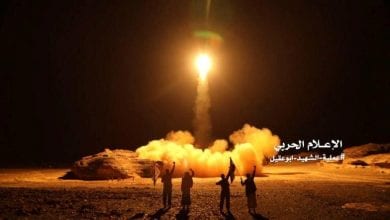