Electoral lists rush to register in the Palestinian Election Commission before the deadline set by the commission expires, Palestinian political member have begun to warn that Palestinian Authority President Mahmoud Abbas of accepting the Israeli warns against Hamas taking an electoral majority in the Legislative Council, which demanded to cancel the elections scheduled for next May.

On Monday, Hamas registered its electoral list, which includes candidates leaders from West Bank and Gaza, as well as personalities close to it, a number of prisoners, and its list headed by a member of the Political Bureau, Khalil al-Hayya, followed by former representative Muhammad Abu Tir from Jerusalem.

The current democratic reform of Fatah, led by the leader Mohammed Dahlan it’s list in the name of the future (Al-Mustaqbal) and includes (132 candidates), a few days after the return of the main leaderships in the movement to Gaza.

The progress of the Dahlan-led democratic reform stream towards the elections is what raises the concerns of Abbas and pushes him to put numerous legal obstacles in front of him to block his way to participate in the elections.

Sources have confirmed that Abbas is using a team of legal experts to carry out this mission.

Meanwhile, Israeli journalist and political analyst Yoni Ben-Menahem said that someone close to Palestinian President Mahmoud Abbas had held talks during a secret visit with the US administration about the postponement of the Palestinian elections.

Ben-Menahem said two businessmen close to Authority President Mahmoud Abbas went on a secret mission to Washington, to discuss with the US administration to postponement of the elections, in the light of the division of Fatah and the the fear of losing the elections.

The Palestinian writer and director of a research center in London, Mohamed Masharqa, confirmed Monday, in a message on his Facebook account: “The group”, referring to the advisers of the president Abbas, “is prepared to accomplish the postponement mission, there were businessmen close to those in power at the US State Department Samer Khoury and Bashar Al-Azza, and they met with Hadi Amr, the coordinator of the Israeli-Palestinian conflict file . The main theme of the meeting was “Washington will help calm the situation with the European group if the elections are called off or postponed.

Masharqa warned of the major dangers that would result from the cancelling the elections, and losing hope and confidence in the entire political system, the Palestinian situation will change to a state of chaos and violence pushing Gaza citizens to seek solutions outside the framework of united national project.

Masharqa is afraid of turning Palestinian towns into administrative and service units separate from the center, considering that the Palestinian Authority is missing a historic opportunity and an impending collapse will plunge Israel into serious issues.

Masharqa believes that the postponement of the elections will open the door to new movements and political parties that will break with historic factions that faced structural devastation difficult to avoid by reforming or reproducing them again.

Gal Burger, editor-in-chief of Palestinian affairs at the Israel Broadcasting Corporation, said Monday, that he does not expect Marwan Barghouthi to top the Fateh list, nor participating in its list in the legislative elections.

He added, after Marwan refused to run in the parliamentary elections scheduled in next May, that he was reserving himself for the presidential elections in July.

Palestinian writer and political analyst Mohammed Abu-mahadi considers the withdrawal of the President Abbas from holding elections a new chapter confirming that the Palestinian national decision is no longer the property of the Palestinians, due to an official Palestinian leadership that has yielded to the Israeli position on more than one occasion, the last one was the elections.

Abu-mahadi believes that the wheel of change in the Palestinian political system is advancing at a steady pace and that it will not be stopped by the president’s withdrawal from the elections. 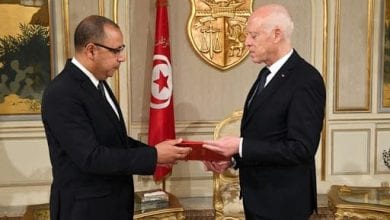 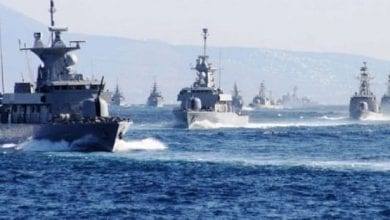 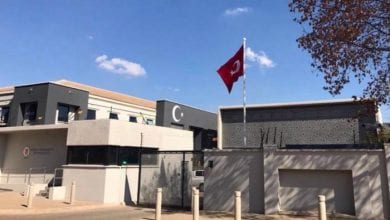