New British Prime Minister Liz Truss entered office with an abundance of energy and there are early signs that she is not afraid of taking decisions, even if they are the wrong ones. To judge from first impressions, the government’s hastily introduced economic policies have already received an almost universal scolding for serving the better off, leaving behind those who face real hardship, and wrecking the economy. And if it decides, as has been suggested, to move the British Embassy in Israel from Tel Aviv to Jerusalem, it can only expect more international reproach.

Can we detect a pattern here, showing that this is a government that is pandering to the powerful and, in the case of the Israeli-Palestinian equation, at the expense of the Palestinians? It might be a personal trait of Truss to favor the dominant elements in society, be they domestic or international, but still, one could hardly think of a single more damaging intervention to an already highly volatile situation than interfering with the current situation in Jerusalem.

For now, no decision on such a move has been taken, but the very fact that it is being discussed, including between the prime ministers of both countries, should worry us all. It feels as if Truss is taking a leaf from the playbooks of American presidents. Economically, it is Ronald Reagan who is her role model and, when it comes to Israeli-Palestinian relations, equally unfortunately, Donald Trump is her paragon.

To be sure, British-Israeli relations have been transformed over the years and common economic and geostrategic interests have brought the two countries closer together, with Brexit enabling the UK to take a different position from the EU on Israeli-Palestinian relations, while also elevating ties with Israel in the UK’s foreign policy priorities. In recent years, the British government has generally been rather indifferent to the peace process and Israeli-Palestinian relations and bilateral relations have dominated much of the conversation between the two countries, while the Palestinians have become diplomatically expendable.

In her time as trade secretary, Truss totally subscribed to the Johnsonite post-Brexit slogan of “Global Britain” and signed a significant number of trade agreements, among them one with Israel. Moreover, soon after becoming foreign secretary, she revealed, in a speech to the UK-based think tank Chatham House, her somewhat simplistic view of foreign affairs in stating that: “The more freedom-loving countries trade with each other, build security links, invest in our partners and pull more countries into the orbit of freedom, the safer and freer we all are.”

In this sense, she associates Israel with the democratic world and hence is ready to cut it some slack — a lot of slack in fact — for depriving millions of Palestinians of their basic political, human and civil rights. And a glance at the trade and economic cooperation between the UK and Israel reveals that it is booming, reaching £5 billion ($5.68 billion) last year, and negotiations to upgrade trade relations are already underway. These talks are focused on innovation, not to mention security cooperation on addressing threats originating from Iran and preventing extremism. So, moving the UK’s embassy to Jerusalem might be seen by 10 Downing Street as a very small price to pay. But it is not.

Few would seriously dispute that, for all intents and purposes, Jerusalem is the capital of Israel, despite the original intention of the 1947 Partition Plan for the city to be neither the capital of the Israeli state nor of a Palestinian state, but managed by a special international regime. This plan has long since been overtaken by events. Israel’s institutions were built in West Jerusalem and no one expects or wishes this to change.

But what is missing from this equation is Jerusalem as the capital of an independent Palestinian state, as was previously negotiated between an Israeli government and the leadership of the Palestinian Liberation Organization. In today’s absence of a peace process and consequently any realistic chance of reaching a peace agreement, any change in the status quo regarding one of the most sensitive issues in this conflict would be unwise and could be harmful and even lead to violence.

There are constant attempts by radicals to provoke unrest and violence in this holy city that, for way too long, instead of being a place of peace, spirituality, coexistence and reconciliation, has been a magnet for those who claim sole ownership of Jerusalem, especially of its holy places, and a venue for all those who thrive on conflict and discord. Moving the British Embassy here would play into their hands and be a clear sign of the UK siding with Israel, while delivering a slap in the face to Palestinian aspirations for self-determination.

It is also the case that, by even considering such a move, the UK, as a permanent member of the UN Security Council, is undermining a series of UN resolutions that condemn Israel’s occupation and annexation of East Jerusalem and its building of settlements there.

As long as Israel prolongs this situation, while not granting Palestinian citizens equal rights and while allowing Jewish ultranationalist elements to evict Palestinians from their homes in Sheikh Jarrah or Silwan, where they have lived for decades, to reward Israel with a British Embassy in Jerusalem would be an act of folly. It would also sabotage future peace negotiations, not to mention the UK’s role in bringing the Israelis and Palestinians together.

When it comes to Israeli-Palestinian relations, unfortunately, Donald Trump is Truss’s paragon.

As should have been the case with the issue of moving the US Embassy to Jerusalem, there should be either no British Embassy in Jerusalem or two of them, but not just the one. There is always the option to upgrade the British Consulate General in East Jerusalem to a fully fledged embassy to the Palestinians, as it already operates as such in all but name. This could be a significant contribution, maybe even a game-changer in setting an example for other countries to follow. This of course is not going to happen anytime soon and, in the meantime, the last thing the volatile situation in Jerusalem needs is another match thrown at it by moving the British Embassy from Tel Aviv to Jerusalem. 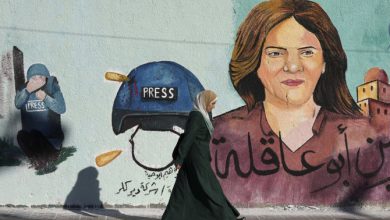 Shireen Abu Akleh: A martyr to the truth of Israeli inhumanity 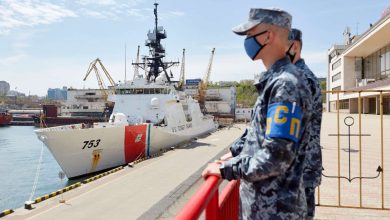 Time for NATO to rediscover its core purpose 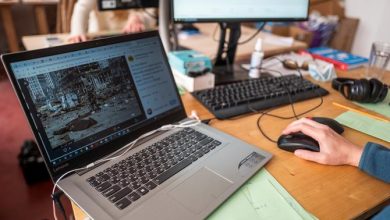 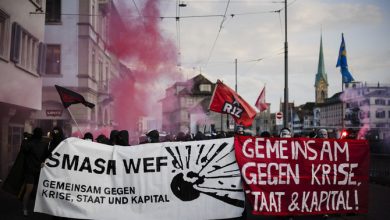