No one said the conquest of Nagorno-Karabakh would be quick. Bit by bit, and despite heavy losses, however, Azerbaijan’s forces have continued to advance against Armenian soldiers. Azeri troops now find themselves on the edge of their greatest prize: The city of Shushi. It is at this point that the war will reach its decisive moment of victory or defeat.

The war began on Sept. 27 with initial difficulties for Azerbaijan, which faced entrenched positions built up over more than two decades. After more than a week of heavy bombardment and dozens of precise drone strikes, Baku’s forces succeeded in breaking through the initial Armenian defensive line in southeast Karabakh.

What followed was a combination of a fighting retreat and a disorderly rout for Armenian and Karabakhti troops, as Azeri ground forces took swathes of territory and well-stocked abandoned bases. By late October, they already controlled four of the seven “occupied regions” around Karabakh proper (the former Nagorno-Karabakh Autonomous Oblast). But Baku wanted more.

The driving force of this war has been Azerbaijan’s drones. While there is a wide range of unmanned aerial vehicles in Baku’s inventory — at least eight — it has been the Turkish-made Bayraktar TB2 that has been decisive. Others, such as the Israeli-made IAI Harop — a loitering munition, rather than a proper drone — have had an impact, but nowhere near the Bayraktar’s. Independent analysis shows the Bayraktar destroying nearly 100 Armenian tanks.

After roughly a week of consolidation and reinforcement, while drones focused on entrenched Armenian artillery and infantry positions, Azeri forces began a major drive toward Shushi on Nov. 2. Known as Shusha in Azerbaijani, the fortress town that sits at the very heart of Karabakh has been the primary Azeri objective since the start of the war. Its resonance in Azeri society runs deep — the cultural and symbolic importance of the town has led to some describing it as “Azerbaijan’s St. Petersburg.” The slogan “To Shusha” is a common refrain in Azerbaijan, and President Ilham Aliyev himself has repeatedly stated that “without the liberation of Shusha, our victory is incomplete.”

Videos have emerged of fierce fighting. While Armenian forces inflicted casualties and destroyed vehicles, they were unable to stop the Azeris from reaching all the way to the village of Karintak (Dashalti in Azerbaijani) by Nov. 3. This village lies at the base of the cliff upon which Shushi is located. While there is no evidence indicating Azeri forces have established control over the town, the fact that they have reached this point is a grim omen for the Armenian defenders.

The news gets worse. The next day, Azeri forces reached a huge milestone — the road between Stepanakert and Lachin/Berdzor, and further into Armenia proper. As the main supply artery connecting the territory with Armenia, the so-called Lachin corridor is perhaps the most crucial strategic location in Karabakh.

Nevertheless, Armenian drone footage showed artillery strikes on Azeri commandos on the Lachin highway itself, a mere 2 km from Shushi. However, those were advance forces — Azerbaijan’s presidential spokesman indeed later confirmed that Armenia still controlled the road. Crucially, the pattern of this war has been that where Baku’s special forces appear, a major Azeri force is not far behind.

Shushi has been under near constant heavy bombardment. An Armenian attempt to dislodge Azeri forces from their recently captured forward positions failed, leaving the Azeris on the edge of the city. A video report from Russia’s ANNA News showed the shelling on the city, as well as the frontline positions just outside. One soldier said that the Azeris were “three or four kilometers away” — matching the picture painted by social media.

What does this all mean? Quite simply, the period around mid-November is going to decide the Karabakh war. If the Armenians can somehow push the Azeris back and hold their high-ground positions, they stand a chance of stabilizing and forcing this war into a stalemate. They have the high ground, and Shushi constitutes a near-perfect natural fortress, surrounded by high cliffs on three sides.

Shushi has been under near constant heavy bombardment. An Armenian attempt to dislodge Azeri forces from their recently captured forward positions failed, leaving the Azeris on the edge of the city.

Any assault up toward it will be extremely bloody, perhaps explaining the presence (and usefulness) of Baku’s Syrian mercenaries. As one captured mercenary described to Armenian interrogators in late October, the assault plan called for three groups of 150 to 200 Syrians apiece to assault Shushi directly from different directions — almost a suicide mission. Even with control of the skies, an assault will not be easy.

Then there is the other possibility. If Azeri forces push up to Shushi and seize it, they will have a commanding position over the remainder of Karabakh — not least of which, over Stepanakert, the capital that lies neatly below the mountain, just 10 km away. For the Armenians then to retake a position like Shushi would be near-impossible, something the Azeris discovered the hard way after they lost it in the first war in 1992. There will still be hard street to street fighting ahead, but their gains will be all but cemented.

One way or another, mid-November will mark a decisive moment in the war. 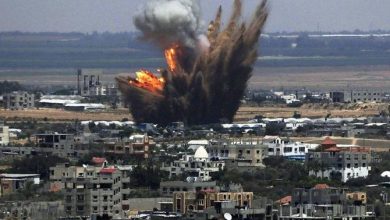 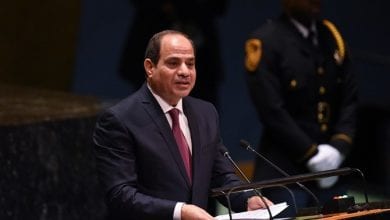