NATO chief Jens Stoltenberg today warned the war in Ukraine could last ‘months, even years’ as there is no sign Vladimir Putin has lost ‘his ambition to control the whole country’.

It comes as Ukrainian authorities today warned civilians in the country’s east to flee ‘now’ or ‘risk death’ as Russian forces regroup ahead of what is expected to be a fresh offensive in the Donbas region.

Stoltenberg, speaking ahead of a meeting of NATO foreign ministers in Brussels, said the international community should be ‘realistic’ about Moscow’s intentions and ‘realise that this may last for a long time’ as the war entered its 41st day.

‘We need also to be prepared for the long haul, both when it comes to supporting Ukraine, sustaining sanctions and strengthening our defences,’ he added.

NATO’s foreign ministers were meeting today and tomorrow to discuss sending more arms to Ukraine after the Czech Republic became the first bloc member to send tanks and armoured infantry vehicles to Kyiv.

Members of the trans-Atlantic alliance had until today given Ukraine only anti-tank and anti-craft missiles, small arms and protective equipment, but not offered heavy armour or fighter jets.

Today’s delivery is understood to be a gift agreed on by NATO allies, raising fears the bloc could be dragged into the Russian war in Ukraine despite remaining on the sidelines for more than a month.

Stoltenberg also confirmed that some members of the alliance had sent heavy weaponry to Ukraine following reports the Czech Republic had supplied Soviet-era tanks to Kyiv.

‘I can say that the totality of what allies are doing is significant and that includes also some heavier systems combined with lighter systems.’

‘Since the invasion allies have stepped up their support. I also expect that ministers when they meet today and tomorrow will discuss how they can further support Ukraine,’ he said, declining to give details.

Several BVP-1 infantry fighting vehicles, howitzer artillery pieces and more than a dozen T-72 tanks were yesterday loaded on a train bound for Slovakia where they are expected to head on to Ukraine, footage run by public broadcaster Czech Television showed.

The Czech delivery has been funded by Prague as well as private donors who have contributed to a crowdsourced fundraising campaign to supply arms to Kyiv.

Ukraine burns through in a single day the same amount of weaponry it receives in a week, according to a senior Polish official, and Kyiv’s eastern neighbours are concerned with keeping up with demand.

Prague, and neighbouring Slovakia which has no tanks to give, are also considering helping repair and refit damaged Ukrainian military equipment. Germany will send several dozen infantry fighting vehicles to Kyiv and the UK has approved the delivery of 20 ambulances.

The United States has agreed to provide an additional $100 million in assistance to Ukraine, including Javelin anti-armour systems, the Pentagon said on Tuesday. US chipmaker Intel Corp (INTC.O) said it had suspended business operations in Russia, joining a growing list of companies leaving the country.

President Joe Biden has in recent weeks ordered more US troops to NATO’s eastern flank to reassure edgy allies and pledged to protect the bloc’s territory if Russian forces stray over more borders.

Ukraine’s deputy Prime Minister Iryna Vereshchuk today said in a message on Telegram that residents of the country’s eastern regions should evacuate ‘now’ or ‘risk death’ due to a feared Russian attack.

‘The governors of the Kharkiv, Lugansk and Donetsk regions are calling on the population to leave these territories and are doing everything to ensure that the evacuations take place in an organised manner,’ she said.

The call for urgent evacuations comes as Ukraine says Russian forces are regrouping to launch a fresh offensive in the country’s east after retreating from the Kyiv region.

Vereshchuk asked residents to cooperate with authorities, saying Kyiv will ‘not be able to help’ them after an attack.

‘It has to be done now because later people will be under fire and face the threat of death. There is nothing they will be able to do about it, nor will we be able to help,’ she said.

‘It is necessary to evacuate as long as this possibility exists. For now, it still exists,’ she added.

Russian forces last week pulled back from positions outside Kyiv and shifted the focus of their assault away from the capital, and Ukraine’s general staff said the northeastern city of Kharkiv, the country’s second-largest, also remained under attack.

Authorities in the eastern region of Luhansk on Wednesday urged residents to get out ‘while it is safe’ from an area that Ukraine also expects to be the target of a new offensive.

The Kremlin has declared that Ukraine’s Donbas is now a priority for the Russian army. NATO believes Moscow aims to take control of the whole Donbas region in eastern Ukraine with the aim of creating a corridor from Russia to annexed Crimea.

Russian artillery pounded the Ukrainian cities of Mariupol and Kharkiv today as the West prepared more sanctions against Moscow in response to civilian killings that Kyiv and its allies have called war crimes. 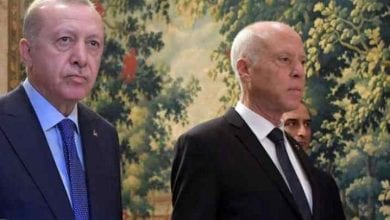 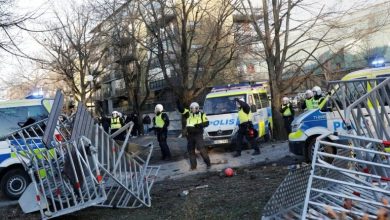 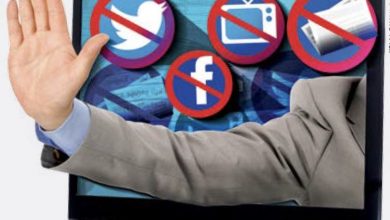 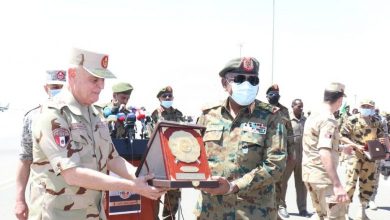