US Secretary of State Mike Pompeo on Wednesday urged Israeli leaders to factor all parties into a proposed de facto annexation of the occupied West Bank so that it squares with Washington’s plan for Israeli-Palestinian peace.

During a one-day visit to Israel, Pompeo also took another swipe at China over what he said was Beijing’s lack of transparency during the coronavirus crisis.

The new government plans in July to begin debating extending sovereignty to Israeli settlements and the strategic Jordan Valley in the West Bank, territory Israel captured in a 1967 war and that Palestinians seek for a future state.

In an interview with the Israel Hayom newspaper, where he was quoted in Hebrew, Pompeo said West Bank annexation was an Israeli decision that Netanyahu and Gantz have a right to make.

But appearing to caution against the move, he said the leaders had also discussed many other issues related to it — how to deal with all parties involved, and how to make sure the move is done properly to bring about an outcome in accordance with US President Donald Trump’s Middle East plan.

The Palestinians have rejected Trump’s plan, under which the vast majority of West Bank settlements would be incorporated into “contiguous Israeli territory.”

The plan envisages a Palestinian state under near-complete Israeli security control, made up of stretches of land in the West Bank, as well as the Gaza Strip on the Mediterranean coast and two expanses of territory in Israel’s southern Negev desert.

President Mahmoud Abbas has rejected it as offering the Palestinians a “Swiss cheese” state.

VIOLENCE
The Palestinians deem Israel’s settlements illegal under international law, as do most world powers. Israel and the Trump administration dispute that view.

With Palestinian leaders warning that annexation could imperil the already limited cooperation between the sides, there has been a spike in violence in the West Bank.

On Wednesday, Israeli forces killed a Palestinian teenager during a raid near the city of Hebron, the Palestinian Health Ministry said. The Israeli military said Palestinians had thrown rocks and fire-bombs at the soldiers, slightly injuring one of them.

A day earlier, a Palestinian rock-thrower killed an Israeli soldier who was taking part in an arrest raid near Jenin city.

The Palestinians have tried to rally European states to oppose any Israeli annexation, as France pushes for the European Union to consider punitive economic measures should Israel declare sovereignty in the West Bank.

Arab countries have cautioned against Israeli annexation, including Jordan and Egypt, Israel’s neighbors and the only two Arab countries to sign peace treaties with it.

FRICTION OVER CHINA
Trump and his senior officials have engaged in a war of words with China, where the new coronavirus first emerged, accusing Chinese authorities of failing to inform the world fast enough about the dangers it posed and muzzling those who raised the alarm. Beijing denies the charges.

Addressing Netanyahu at the start of their three-hour meeting on Wednesday, Pompeo said: “You’re a great partner, you share information — unlike some other countries that try and obfuscate and hide that information — and we’ll talk about that country, too.”
Pompeo did not name China and did not give specific examples of Israeli cooperation in the fight against coronavirus.

Israeli business ties with China are an irritant in Netanyahu’s usually close relationship with the Trump administration.

The United States has previously cautioned Israel against potential security threats from Chinese investment in its economy, prompting the Netanyahu government to set up a committee last October to vet such projects.

A US State Department spokesperson briefly summed up the Pompeo-Netanyahu meeting as a discussion of “our nations’ ongoing efforts to mitigate the COVID-19 pandemic and counter Iran’s destabilising influence in the region, as well as the steadfast US commitment to Israel’s security.”

Trump’s pro-Israel moves have been widely seen as an effort to bolster his appeal to evangelical Christian voters, an important part of his political base that he is counting on to help him win re-election in November. 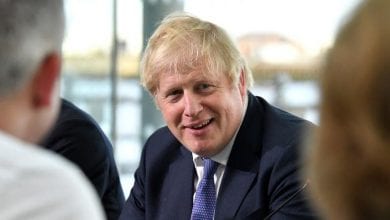 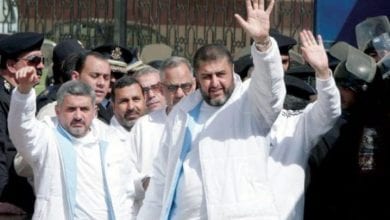 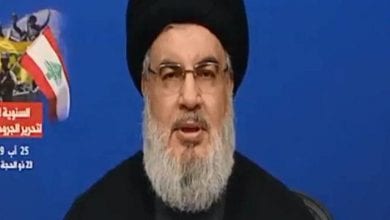 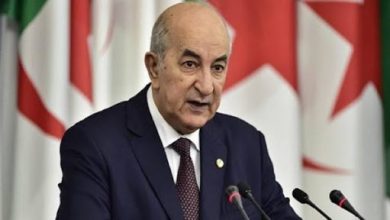