Paris Saint-Germain substitute Angel Di María scored the winner with a spectacular free-kick and Kylian Mbappé was also on target as the Ligue 1 champions recovered to beat Rennes 2-1 and lift the French Super Cup in Shenzhen on Saturday.

Adrien Hunou had given the French Cup winners the lead despite PSG’s dominance in the first half and Thomas Tuchel’s side eventually earned the victory their superiority deserved thanks to the second-half goals from Mbappé and Di María.

PSG’s seventh successive Super Cup win is a record – eclipsing the six won by Lyon from 2002-07 – and means they will start the defence of their Ligue 1 title in high spirits despite doubts over the future of Neymar. The 27-year-old Brazil forward, who has been linked with a return to Barcelona, was watching the match from the stands of the Shenzhen Universiade Sports Centre stadium.

He saw Rennes take a surprise 13th-minute lead seconds after PSG defender Thilo Kehrer had clipped the top of the crossbar with a header at the other end. Hunou made no mistake for Rennes when he emerged unmarked to casually steer Benjamin Bourigeaud’s centre beyond Alphonse Areola with the inside of his left thigh.

It was a rare sight of goal in the opening 45 minutes for the French Cup winners, with PSG regularly threatening to level the scores but without success.

The long-awaited equaliser came 12 minutes into the second half when Marquinhos lofted a perfectly weighted ball that found Sarabia unmarked behind the Rennes defence and his pass allowed Mbappé to score into an unguarded net.

Sarabia almost put PSG in front three minutes later when Mbappé’s tantalising ball across the face of the Rennes goal was unwittingly turned over the bar by the Spaniard.

PSG’s winner came 17 minutes from time, with Di María – introduced in the 61st minute for new signing Ander Herrera – hit a left-footed dipping curler over the wall beyond Koubek. 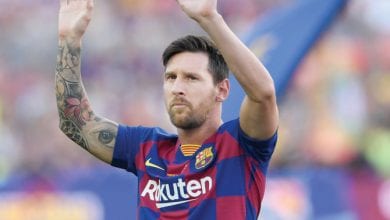 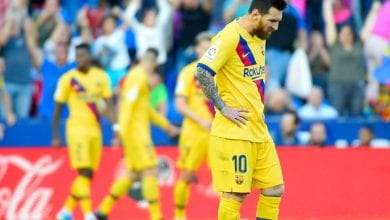 Real and Atletico fail to capitalise after Barca stunned by Levante 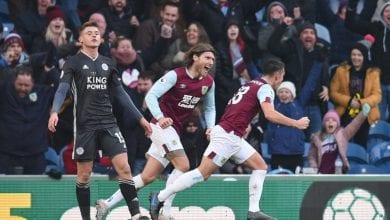 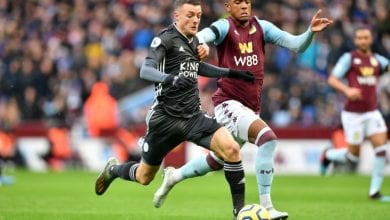