The current track shows that the United States has pushed for “re-alignment” to reduce the supply of oil, and has not adopted a policy of pressure on the two most prominent parties in the “price war”, Russia and Saudi Arabia.

Less than an hour after US President Donald Trump “anticipated”, near the announcement of a Russian-Saudi agreement on an agreement to reduce oil production, Saudi Arabia called on members of “OPEC” and countries outside it to “an urgent meeting” aimed at restoring the “balance” to oil markets.The official Saudi announcement, which confirmed that the meeting sought to reach a “just agreement”, stated explicitly that the invitation to it came “in appreciation” of the request of the American President and “friends in the United States”, after a telephone call between Trump and Saudi Crown Prince Muhammad bin Salman.

It is an approach that Trump paved through a series of contacts brought together by his Russian counterpart, Vladimir Putin, and Bin Salman; and these efforts allowed him to estimate, today, the expected reduction according to the expected “new agreement”, by about 10 million barrels, and may reach 15 million barrels.

Trump’s announcement – before the Saudi call – was enough for West Texas Intermediate crude to rise by more than 30 percent (still despite a rise of nearly 40 percent less than its price last month), while Brent crude, the world record, jumped 24 percent, according to figures it monitored The CNBC Network.

Earlier today, the Organization of Petroleum Exporting Countries (OPEC) said that the daily price of its basket of crudes fell to $ 16.87 a barrel on April 1, from $ 22.61 the previous day, to record the lowest level since the creation of the basket on June 16, 2005.

Since the announcement of the last phone call between Trump and Putin, before it happened, the American President began aiming at the oil file, and the necessity of reducing the supply, with what he brings to it “great news for the oil and gas industry.” Although what was nominated for the contact remained in the framework of the protocol talk, the extensive contacts that followed, between the American oil sector officials and the Russians, revealed that there are possibilities of going to negotiations and a new agreement.

Russian Energy Minister Alexander Novak said that he spoke to his American counterpart, Dan Bruelet, yesterday, and came out with an “identical vision” regarding the oil market, especially the need to ensure “stability”. Novak defended his country’s ability to compete and overcome the low price stage, but he stressed that the current oil prices are not suitable for anyone, and that it would be a mistake to raise Russian oil production, adding that it was not possible to “anticipate the state of the market” at the last “OPEC +” meeting On last March 6. Data of the Ministry of Energy published by the Russian “Interfax” news agency showed today that Russian oil production reached 11.29 million barrels per day, without changing from the level a month ago.

The talk of a new meeting under American auspices, preceded by a confirmation by the Kremlin, that the oil producing countries did not discuss any specific agreements “other than the formula of the OPEC + agreement,” which expired at the end of last month. The Omani Oil Minister, Mohammed bin Hamad Al-Ramahi, according to the Omani newspaper, Al-Watan, stated that “the call made by the United States of America … to the major countries of OPEC to return to negotiations may open a glimmer of hope that the coming period will witness practical solutions.” The topic of controlling price declines ».

The American dependence on the meeting and its importance for the oil sector was evident by Trump’s invitation to oil companies executives to the “White House” today and tomorrow to discuss ways to get out of the current situation. Nevertheless, many analysts warned that “there is still a long way to go” before agreeing to any production cuts.

On the other hand, specialists saw that there are two ways out of the current crisis, which are either cooperation, and this includes US involvement in the OPEC + agreement, or American pressure on Saudi Arabia and Russia, including the threat of sanctions. The Trump administration had previously announced that it was planning to send a special envoy to Riyadh to press for production cuts, while the Wall Street Journal said that Trump was likely to discuss with oil company officials the possibility of imposing duties on oil imports from Saudi Arabia.

The common need of oil producers to lift crude prices from their current bottom may lead to agreements to reduce production, especially if this is compensated by alternative methods, which Washington can secure now; especially since lifting some sanctions, for example, from Russia, would be a step with multiple benefits ( (Including Trump’s election), if it is to be “stabilized” by the oil market. 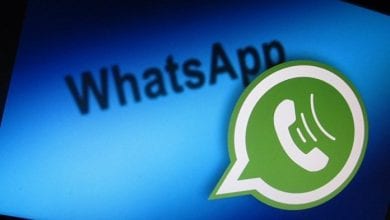