The Russian military bombed residential areas across Ukraine at night, Ukrainian authorities said, as Ukrainian forces pressed a counterattack to try to retake an occupied southern region, striking the last operating bridge over a river in the Russian-occupied Kherson region.

A Russian missile attack on the city of Kramatorsk killed three people and injured 13 others on Friday, according to the mayor.

Kramatorsk is the headquarters of Ukrainian forces in the war-torn east of the country.

The attack came less than a day after 11 more rockets were fired at the city, one of the two main Ukraine-controlled cities in Donetsk province, the focus of an ongoing Russian offensive to seize control of the Donbass region of eastern Ukraine.

On Saturday, the Russian Defense Ministry claimed that its forces had taken control of the village of Pesky on the outskirts of Donetsk, the regional capital claimed by pro-Moscow separatists since 2014.

Russian forces and Kremlin-backed rebels are seeking to seize Ukraine-controlled areas north and west of Donetsk city to expand the separatist self-proclaimed republic.

But the Ukrainian military said on Saturday that its forces had blocked an overnight advance towards the smaller towns of Avdiivka and Bakhmut.

The Ukrainian authorities did not acknowledge any military losses, but said that Friday’s Russian missile strikes on Kramatorsk destroyed 20 apartment buildings.

None of the claims could be independently verified.

The Ukrainian governor of neighboring Luhansk province, which is part of the fighting over the Donbass region and was overrun by Russian forces last month, claimed that Ukrainian forces still control a small area.

Luhansk Governor Serhiy Heidi wrote on Telegram, saying that the defending forces remained hidden inside an oil refinery on the edge of Lysechansk, a city that Moscow claimed to have captured, and also controlled areas close to a village.

“The enemy is burning the ground at the entrances to the Luhansk region because it cannot overcome (Ukrainian resistance along) these few kilometers,” Hayday said.

“It is difficult to calculate how many thousands of shells have withstood this area of ​​the Luhansk Free Zone over the past month and a half.”

To the west, the governor of the Dnipropetrovsk region reported further Russian bombing of the city of Nikopol, located across the Dnieper River from Europe’s largest nuclear power plant.

Governor Yevhen Yevtushenko did not specify whether Russian forces had fired on Nikopol from the occupied Zaporizhzhya nuclear power plant.

And he wrote on Telegram, Saturday, that there were no injuries, but that residential buildings, a power line and a gas pipeline were damaged.

He said Nikopol was bombed daily for most of the past week, and a barrage of shells killed three people and damaged 40 apartment buildings on Thursday.

Russian and Ukrainian officials have been accusing each other for days of bombing the Zaporozhye plant in violation of nuclear safety rules.

A Ukrainian strike has damaged the last functioning bridge over the Dnieper River in the region and further paralyzed Russian supply lines, a local Ukrainian official reported on Saturday.

Meanwhile, over the course of several weeks, the Ukrainian army attempted to lay the groundwork for a counterattack to retake the Kherson region in southern Russian-occupied Ukraine.

“The Russians no longer have any ability to fully deliver their equipment,” Serhiy Khelan, a deputy in the Kherson Regional Council, wrote on Facebook. 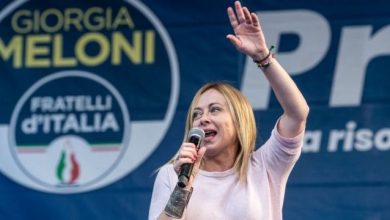 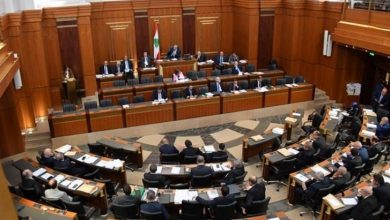