The officials said that the Turkish government fears that the Syrian regime’s attempt to move on the opposition stronghold in Idlib will lead to an influx of more refugees towards the Turkish border, especially with the escalation of air raids by Russian planes on Idlib, as Erdogan is likely to push thousands of Turkish soldiers to the province to deter any attempt to advance. Barre to the Syrian regime.

The agency said that thousands of additional soldiers will help deter any attempt to advance Assad’s ground forces in Idlib and control the roads leading to the Turkish border. She noted that the lines of contact around Idlib have largely been stable since March 2020, when Erdogan and Putin reached a truce agreement that ended the fighting.

The sources indicated to the agency that the Turkish authorities expect the escalation in Idlib to increase when Erdogan meets with Putin on September 29, in addition to his meeting with Iranian President Ibrahim Raisi.

In his speech to the United Nations General Assembly on Tuesday, the Turkish President stressed that Turkey will continue to combat “terrorism” in Syria, stressing at the same time that Turkey cannot absorb a new wave of migration from Syrian territory, adding that it is long time ago that all partners their consequences in this matter on the basis of equitable sharing of burdens and responsibilities.

For his part, the Syrian regime’s Foreign Minister, Faisal MiqdadFaisal Miqdad, said that his country’s authorities are calling on Turkey to immediately withdraw its forces from the territory of the northern Syrian governorates.

He stated that 462,000 Syrians have voluntarily returned to the areas that Turkey made safe in (northern) Syria, through its efforts and operations, in which it offered martyrs. He explained that Turkey’s presence in Idlib (northwestern Syria) saved the lives of millions and prevented their displacement.

“I believe that Turkey should withdraw its forces immediately, and the international community, in turn, should support Syria’s efforts to liberate the lands it occupied in the north of the country,” he added in an interview with the Russian “Novosti” agency published on Thursday. He considered that the main reason for the recent escalation in Idlib governorate is “the Turkish occupation and the support that Ankara provides to terrorist groups on the ground.”

Turkish Defense Minister Hulusi Akar had confirmed during an inspection tour of the Turkish-Syrian border, on September 11, that the ceasefire must continue in the de-escalation zone, and stability in it should be guaranteed as soon as possible, saying: “There are agreements that were signed after our talks with Russia. We abide by them, fulfill our responsibilities, and we expect our interlocutors as well to abide by these agreements.” “This is important for the security and safety of the people there, as well as to prevent a new wave of immigration in any way,” he added. 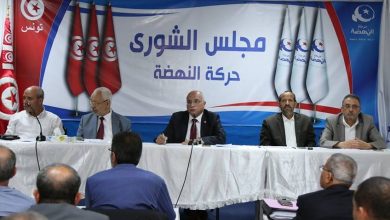 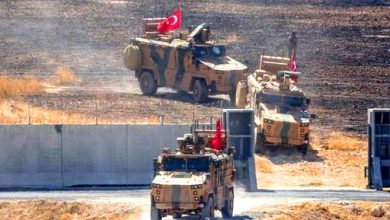 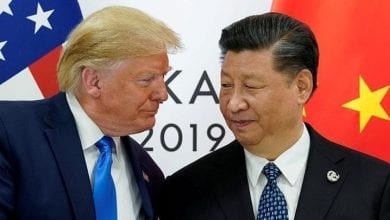 TRUMP THREATENS TO ‘CUT OFF THE WHOLE RELATIONSHIP’ WITH CHINA, SAYS U.S. WOULD SAVE $500 BILLION