After the arrest of Sayed Rajab al-Suwairki, the owner of the chain of al-Tawhid and al-Nur chain, and the issuance of a decision to imprison him for 15 days pending the investigations directed against him, many questions arose about the fate of Mahal al-Tawhid and al-Nur, after its owner was arrested, on charges of financing terrorism and the participation of a group founded in contravention of the law.

The sources – who preferred not to be named – explained to Masrawy that the owner of Al-Tawhid and Al-Noor shops was arrested for investigation into the accusations against him of joining a terrorist group in violation of the provisions of the laws and its financing.

Today, security and legal sources confirmed that businessman Safwan Thabet, Mr. Al-Swireki, owner of the “Tawhid and Al-Nour” shop, and former Minister of Manpower Khaled Al-Azhari – were transferred to Tora prison, after the prosecutor’s decision to detain them pending investigations regarding joining the Brotherhood and supporting a terrorist organization.

Regarding the fate of Mahal al-Tawhid and al-Nur, after the arrest of al-Suwirki, the lawyer in the cassation, Muhammad Salem, confirmed that “al-Tawhid and al-Nur” is a joint-stock company, and therefore no worker inside the company will be affected by the decision to imprison Al-Swirky.

Salem added to “Masrawy”, that the board of directors of Tawheed and Al-Nour is a group of people and not an individual department, and therefore the company’s branches will continue to operate normally and without stopping.

He pointed out that if there is more than one partner inside any company, the person who has custody of his money and who is accused of supporting terrorist groups will form a committee to manage his share away from his partners, without any harm to them if it is proven that they are not involved with him in any charges.

In 2002, the court sentenced Swirky to 7 years in prison on charges of combining five wives simultaneously and forging in divorce slips and marrying with the help of legal marriage officers, and then the sentence was reduced to 3 years after the appeal in 2003.

The investigations revealed that Al-Swerky was the one who sent a request to the Chinese company contracting with it to import products by manufacturing shoes with the Egyptian flag painted on its soles, and that he attached the shoe specifications to the request, and that the specifications are indicated in the contract that was concluded between Al Swireky and the Chinese company.

After conducting the investigations and investigations, the prosecution ordered the referral of Rajab Al-Swerky, owner of the “ Tawheed and Al-Nour ” shop, to the Agouza misdemeanor court, accusing him of insulting the Egyptian flag, and placing his name on watch lists for his arrest upon his return, and in January 2015, Agouza Misdemeanor Court in Giza acquitted Malik Mahal Al-Tawheed and Al-Nour, from the charge of insulting the Egyptian flag.

As for the “Juhayna” company that issued a decision to imprison its Chairman, Safwan Thabet, the company confirmed that Saifuddin Thabet is the vice-chairman of the board of directors and the managing director of the company, and he has all the necessary powers and powers to run the company’s business.

Juhayna added in her statement that this procedure has no effect on the company or its daily operation, and that it continues to practice all its activities, provide its products, maintain its workers and its dealings with all governmental and non-governmental agencies while preserving the rights of its shareholders.

For its part, the Brotherhood’s Funds Conservation Committee revealed the reason for Saif Thabet’s son, Safwan Thabet’s assumption of the chairmanship of Juhayna’s board of directors, that it decided in 2015 to reserve 7.204% of Juhayna’s shares in the Pharaoh’s Fund established in Britain and the king for 51.023% of Juhayna’s shares.

The Committee for Inventory and Management of the Brotherhood’s Terrorist Funds decided to seize all liquid, movable and real estate money of businessman Safwan Thabet in August 2015.

Shehata Muhammad Shehata, director of the Arab Center for Integrity and Transparency, confirmed that the inclusion of the Terrorist Entities Law entails, by force of law, the freezing of funds or other assets owned by the terrorist, whether in full or in the form of a share in a joint ownership, and the revenues generated from it, or that he controls directly or indirectly. Mubasher, and the money or other assets of the people and entities that work through it.

He added to “Masrawy”, that in cases where the nature of the funds or other assets frozen requires the appointment of a person to manage them, the court must determine who will manage these funds or other assets after taking the opinion of the Public Prosecution, and whoever is appointed to manage should receive the money or other assets. The frozen goods shall be inventoried in the presence of the concerned parties and a representative of the Public Prosecution or an expert delegated by the court. 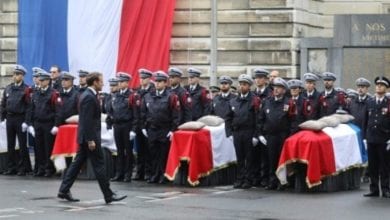 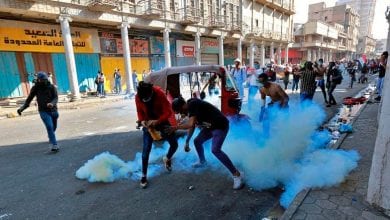