Liverpool opened up a five-point lead at the top of the Premier League as defending champions Manchester City crumbled to a stunning 3-2 defeat at newly-promoted Norwich.

Behind the top two, there is a five-way tie between those likely to be fighting for the final two Champions League places this season with Manchester United, Tottenham, Chelsea, Arsenal and Leicester all on eight points from the opening five games.

Liverpool did what City could not in recovering from conceding early to ease past Newcastle 3-1 and maintain their 100 percent start to the season.

Just five games into the campaign, there is no reason for City to panic just yet, but there could be longer-term trouble ahead for Pep Guardiola’s men with key centre-back Aymeric Laporte sidelined with a serious knee injury until at least January.

Guardiola admitted he had to “see what I can to do help” mask Laporte’s absence, but after two seasons of near perfection, City now have an obvious area of weakness for opponents to target.

Liverpool have waited 30 years for a Premier League title and after missing out by a point last season, the European champions are unlikely to get a better chance to end that long wait.

Frank Lampard enjoyed his best day in charge of Chelsea so far as the Blues inflicted Wolves’ first home defeat since January 2 in style by scoring five at Molineux.

Tammy Abraham took his tally to seven goals in three games with a hat-trick to join Sergio Aguero as the top scorer in the Premier League.

But all three Chelsea goalscorers on the day were 21 or under and came through the Blues academy.

Centre-back Fikayo Tomori showed Abraham how it is done with a stunning strike from 30 yards to open the scoring and Mason Mount grabbed the fifth in stoppage time to round off the scoring.

That trio have now scored all 11 of Chelsea’s Premier League goals so far under Lampard.

Until this season, John Terry was the last Chelsea academy graduate to become a first-team regular.

But all that has changed with Lampard afforded the freedom by a transfer ban to give the younger players a chance.

“We had a couple of pints in the week with Neil Bath (head of youth development) and the academy staff because I think it’s important the club is joined up,” said Lampard.

“It doesn’t mean young players are going to start every week, but there must be a connection. When they work for hours and hours with these young players, and invest time, it’s nice for them to see.”

‘Top six’ not so dominant

City’s loss means Liverpool are the only team yet to taste defeat just a month into the new campaign.

Bottom-of-the-table Watford roared back from 2-0 down to hold Arsenal 2-2 on Sunday and deserved even more after peppering the Gunners goal with 31 shots.

Norwich are not the only newly-promoted side to have troubled the top six as Sheffield United drew 2-2 at Chelsea before the international break, while Newcastle’s only win of the campaign so far came at Tottenham and Crystal Palace beat Manchester United at Old Trafford.

As it stands just three points separate third from 16th. The cream will eventually rise to the top, but the early running suggests there will be far more upsets as the season goes on. 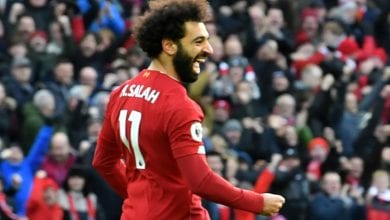 Three things we learned from the Premier League 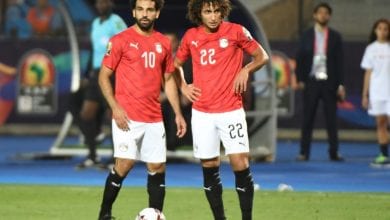 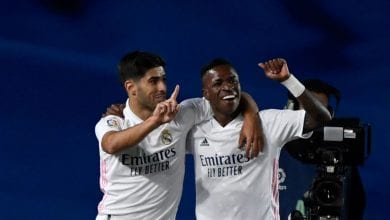