The latest meetings of the nations embroiled in the Renaissance Dam crisis, Egypt, Sudan and Ethiopia, have once again been marked by failure.

The crisis might take yet another turn after the latest statements by Egyptian President Abdel-Fattah El-Sisi, who said, “All options have become possible in terms of dealing with this crisis.” He also stressed that Egypt respects Ethiopia’s desire for development through the use of the Nile water it has, provided this does not compromise Egyptian water interests.

The president’s words were a reaction to the intransigence of the Ethiopian negotiating team during the latest round of talks. The Ethiopian representatives refused to expand the circle of mediators to include other international parties, such as the US, the UN and the World Bank, among others. They also rejected an Egyptian proposal, presented during the closing session of the latest meeting and backed by Sudan, to resume the negotiations under the chairmanship of the Congolese president and with the participation of observers in accordance with the established negotiating mechanism.

In addition, Ethiopia refused to adopt any of the Egyptian proposals or alternatives, supported by Sudan, to develop the negotiation process and allow states and parties participating as observers to engage in the discussions, and present solutions to the divisive technical and legal issues.

The Sudanese statement adopted a harsher tone, explicitly warning: “Ethiopia’s intransigence opens the door for all the possible options aimed at protecting the safety and people of Sudan in accordance with international law.”

Ethiopia issued its own statement in which it stressed: “Addis Ababa cannot approve any Renaissance Dam agreement that deprives Ethiopia of its legitimate rights to utilize the waters of the Nile River.” It also declared the country’s intention to move ahead with a second filling of the dam in July, and accused Egypt and Sudan of undermining the negotiations.

The talks are expected to resume, which is in line with the latest statement by the Egyptian president, because the approach adopted by Cairo and Khartoum has been one of open-mindedness and a humanitarian and civilized commitment to Ethiopia and its right to development, as well as a commitment to their own peoples and their right to access their full share of Nile waters.

Any assessment of the situation must therefore be based on the threats made by Ethiopia in its statement after the latest Kinshasa meetings. Completely filling the Renaissance Dam, which has a capacity of 74 billion cubic meters, will drain almost all of the water stored in the lake of the High Dam.

Additionally, there is currently no agreement that includes specific arrangements for operating the dam in times of drought. In the absence of such an agreement, what will Egypt do if it suffers from a long-lasting drought such as the one that lasted six years in the 1980s?

The Renaissance Dam is one of four dams to be built on the Blue Nile River, which will have a total capacity of 200 billion cubic meters. Every time these dams are filled, water will be retained, meaning there will be recurring droughts elsewhere. This will happen at a time when Egypt does not have any reserves to compensate for shortages.

In addition, Ethiopia will have acquired an unprecedented strategic advantage over Sudan as a result of the “water bomb” the dam represents. The Renaissance Dam’s capacity for water disposal is almost three times greater than that of the Roseires Dam in Sudan, which means it is possible that Ethiopia could overwhelm it, causing it to collapse and flood about 70 percent of irrigated areas.

This means Egypt and Sudan face a real threat that could lead to potentially disastrous results in many areas. Such developments require solutions, the scope for which becomes narrower as the Ethiopian intransigence grows.

During a visit to the Suez Canal after the refloating of the stranded container vessel Ever Given, which had blocked the canal for almost a week and paralyzed global trade, El-Sisi said: “The waters of the Nile River are a red line.”

This was a continuation of his “red lines” philosophy, which he has used to identify and address national security priorities based on the need to protect Egypt and its people from external threats. These includes direct threats to the lives of Egyptians from dangers such as terrorism, and also indirect threats, such as the Renaissance Dam crisis or Turkish interference in Libya, that target the state and its institutions.

The options for Egypt and Sudan, other than military confrontation, are limited to the Security Council and the adoption of binding resolutions to revive negotiations under an international umbrella that has the means to apply pressure on all parties.

This philosophy explains El-Sisi’s warning that “all options have become possible in terms of dealing with this crisis,” but also his reassurance that there is still a “last chance” for talks before Ethiopia starts filling the Renaissance Dam for a second time in July.

The parties might then resort to the UN Security Council which, under Article 36 of its charter, can intervene and adopt binding resolutions at any stage of a conflict between member states.
The ball is completely in Ethiopia’s court, as it is the most intransigent party and the one that wants to unilaterally make decisions without consulting the other affected states.

The options for Egypt and Sudan, other than military confrontation, are limited to the Security Council and the adoption of binding resolutions to revive negotiations under an international umbrella that has the means to apply pressure on all parties. Meanwhile the Congolese president is expected to speak to the heads of the negotiating states in an attempt to facilitate continuing dialogue.

The interests of the peoples of all three nations are best served by finding a resolution to the Renaissance Dam crisis that does not cause additional conflicts that could lead to instability in the Nile region. Such instability could last a long time and greatly undermine the state of calm that has characterized this great river, around which great civilizations have risen and thrived. 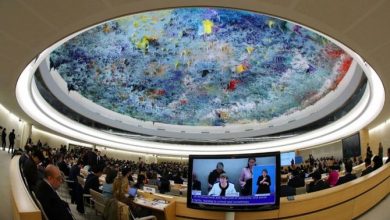 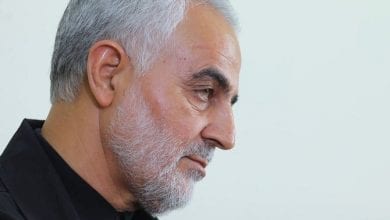 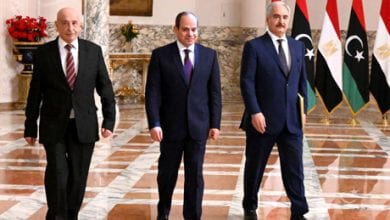 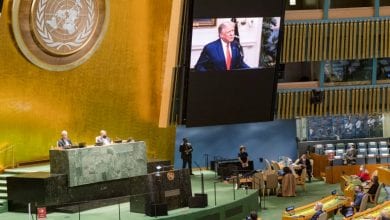