Trump himself is often accused of not doing enough to tackle the crisis.

Trump has said China “will do anything they can” to make him lose his re-election bid, stepping up his criticism of Beijing amid the coronavirus pandemic.

In a White House interview with Reuters news agency, he said Beijing faced a “lot” of possible consequence from the US for the outbreak.

He said China should have let the world know about the contagion much sooner.

The coronavirus has ravaged a formerly humming US economy that had been the president’s main selling point for his re-election campaign in November.

Mr Trump, who has waged a trade war with China, offered no specifics about how he might act against Beijing.

He told Reuters: “There are many things I can do. We’re looking for what happened.”

Mr Trump added: “China will do anything they can to have me lose this race.”

“I don’t believe the polls,” the president said. “I believe the people of this country are smart. And I don’t think that they will put a man in who’s incompetent.”

US media reported earlier in the day that Mr Trump had erupted at political advisers last Friday evening about internal polling that showed him losing in critical states.

His aides have doubts about whether Mr Trump will win crucial battlegrounds such as Florida, Wisconsin and Arizona, while some of his re-election team have all but given up hope of success in Michigan, according to the Associated Press news agency.

“I’m not losing to Joe Biden,” Mr Trump reportedly said, inserting an expletive, during a conference call with campaign officials.

The US president also reportedly snapped at his campaign manager, Brad Parscale, who had called in from Florida.

He cursed at Mr Parscale and at one point mentioned suing him, according to CNN and the Washington Post, though it is unclear how serious was his threat of legal action.

President Trump’s criticism of China has been consistent – and increasingly sharp – in recent weeks. He’s questioned the accuracy of the death toll there, and even said he was looking into suggestions that the virus originated in a laboratory in Wuhan.

But this is the harshest criticism of its kind so far. By claiming that China’s delay in alerting the world to the spread of the virus was politically motivated – and designed to boost the election chances of his political rival Joe Biden at the expense of his own – Mr Trump is upping the ante in an increasingly bellicose war of words.

Earlier this week a senior Chinese official, Le Yucheng, questioned the president’s handling of the crisis, and accused him of not acting quickly enough in order to prepare the American people for the spread of Covid-19.

For all that, the president dismisses claims that the 2020 election will amount to a referendum on his handling of this crisis, its outcome may well rest on the pace of the economic recovery in the wake of the pandemic. Expect the war of words between the world’s two largest economies to continue.

Earlier on Wednesday, Mr Trump said he would not be renewing his government social distancing guidelines once they expire on Thursday.

The guidelines – which were originally supposed to last 15 days and were then extended an additional 30 – encouraged Americans to work from home and avoid large gatherings, while advising those with underlying health conditions to self-isolate.

After more than a month being stuck mainly at the White House, Mr Trump said he plans to resume travel, starting with a trip to Arizona next week.

He told reporters he hopes to hold mass campaign rallies in the coming months with thousands of supporters.

The US currently accounts for around a third of all coronavirus cases worldwide. Its death toll – at more than 60,000 – has in six weeks surpassed the number of Americans killed in the two decades of the Vietnam War.

Unemployment, which just a few weeks ago was at a near-record low, now stands at more than 26 million.

Newly released figures on Wednesday showed the US economy had shrunk by nearly 5% – its sharpest contraction since the Depression. 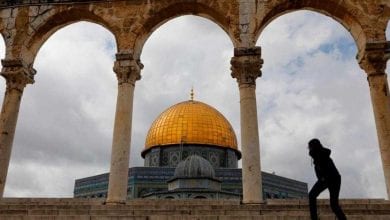 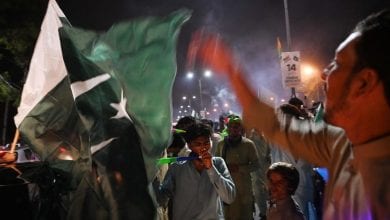 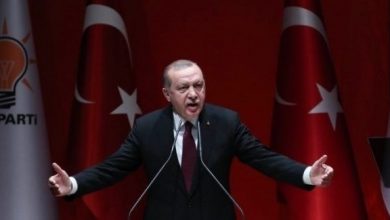 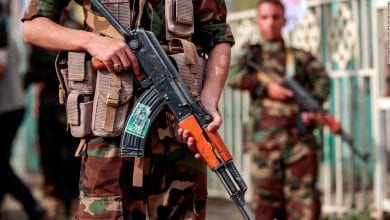