On Sunday, Saied had said that his powers as commander of the armed forces also cover the internal security forces, not only the army, in the latest escalation of his dispute with the Ennahda-backed prime minister.

“The announcement of the Head of State who proclaimed himself as supreme commander of the civilian armed forces is an attempt to trample on the constitution, the political system and the prerogatives of the Head of Government”, the Islamist party said, warning that the involvement of the security establishment in political disputes “represents a threat to democracy and civil peace.”

Ennahda stressed its “rejection of the authoritarian propensities of the head of state”, calling on “the democratic forces” to help “complete the democratic process and create the Constitutional Court.”

Ennahda also called on Saied to adhere to the Constitution “on the basis of which he was elected” and to end all efforts aimed at disrupting the functioning of the state, reaffirming that the top national priority at the moment “is to cope with the pandemic and improve the economic situation of the country.”

Ennahda’s statement includes the harshest criticism of Saied so far and puts the Islamists at the forefront of the political and constitutional showdown with the president. This development could eventually create a dangerously divided landscape with two distinct camps: those with the president and those who support the Islamist movement.

According to observers, Ennahda was encouraged in its most recent move by the criticism levelled by some legal experts at Saied over the past few days.

According to polls, Saied remains widely popular and is likely to be elected in the first round were a presidential vote to be held now.

The president’s statements have however triggered criticism by a number of pro-Islamist and even liberal figures, with some going as far as to accuse Saied of harboring “putsch” designs and an attempt to monopolies executive powers.

A number of jurists has also found the president’s re-interpretation of the constitution to be a reflection of a power struggle with the prime minister. Some saw in it “a silent race for prerogatives” at a time when the country is mired in a major health crisis as well as a dire economic situation. Some of Saied’s allies in the parliament have however defended his stance.

Saied said on Sunday “the president is the supreme commander of the military and civilian armed forces. Let this matter be clear to all Tunisians … I do not intend to monopolies these forces, but the constitution must be respected.”

“The president of the republic is the one who assumes (responsibility for) dismissals and appointments to the highest military and diplomatic positions that are related to national security; and this after consulting with the prime minister,” he added in a speech attended by his two key political adversaries, the speaker of parliament and the prime minister.

The worst fear of political experts is that the president starts naming and reshuffling top security cadres in conflict with the prime minister.

But many analysts rule out the possibility that Saied would act upon his protestations and is likely instead to keep his push for prerogatives in the confines of verbal sniping. His political endgame is not however clear.

Mechichi responded to Saied’s speech by saying, “there is no need for individual, odd readings which, moreover, are taken out of context.”

Tunisia was meant to establish a constitutional court to adjudicate such disputes by 2015, but politicians have been unable to agree on the names of the judges to sit on it.

On the sidelines of the inauguration of a new wing at the Hospital of the Internal Security Forces in La Marsa, in the northern suburb of Tunis, Mechichi added that “the laws of the state are implemented, and those who see that there are unconstitutional laws, can resort to specialized institutions and bodies that can decide on such issues.”

The prime minister also considered that Saied’s statements “do remind (us) of the urgent need for the creation of a Constitutional Court, which is the only body entitled to decide on such matters.”

Tunisia’s 2014 constitution has until now been widely interpreted as putting the internal security forces and the Interior Ministry under the control of the prime minister.

Saied is a professor of constitutional law whose surprise election victory in 2019 has rattled Tunisian politics.

The dispute erupted when Saied refused this year to approve a reshuffle that included the dismissal of ministers close to him, including the Minister of Interior Taoufik Charfeddine.

Seven newly-appointed ministers, including the minister of the interior, are still waiting for Saied to allow them to swear the oath of office before him as stipulated by the constitution.

Prime Minister Hichem Mechichi has held the position of acting interior minister while pressing the president to set a time for the swearing-in ceremony. 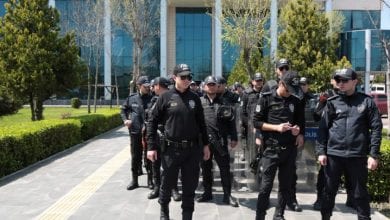 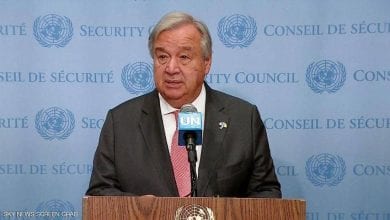 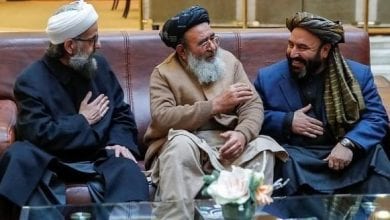