The professors and researchers wrote that they wanted to brief the Tunisian people with a set of information about the activity of the Union, which represents one of the arms of the global Brotherhood organization, and is led by Youssef Al-Qaradawi, one of the leaders of the organization.

They said that the so-called Tunis branch of the World Federation is a missionary wing, whose function is the ideological mobilization that is required by dividing the world into “peace camps,” “jihad camps,” “house of war” and “house of Islam,” and dividing humanity into Muslims and infidels, including Arab countries. Which, in this logic, become “homes of war” necessitate “new conquests.”

Declaration of war on Tunisia

The Tunisian academics considered that “this constitutes a declaration of war on the Arab countries in general and Tunisia in particular, as the country that carried the intellectual, educational and social modernization project in the Arab and Islamic worlds since nearly two centuries, especially since the establishment of the independence state.”

They added that the Qaradawi Union branch focuses its activities on vulnerable groups of women and unemployed youth, in a systematic plan to penetrate the poor classes.

This branch has been active since 2012 in the field of education without the concerned authorities being aware of its activities, its workers, or the identities of its visitors, and it started its activity after finding support from political parties in Tunisia.

Tunisian academics said that they drew their information from reliable sources, stressing that the goal that the Brotherhood aspired to is ideological mobilization, whether in Europe, especially in Germany, France and Italy, as well as in Tunisia, and to attract the weakest element in these societies, especially in light of the economic crises, which were the result of a policy. Systematized by successive Brotherhood governments over the past ten years.

And they saw that these crises allowed the implementation of the policies of “creative chaos” and “social scramble”, which are the slogan of the Brotherhood leadership in Tunisia and a necessary prelude to the formation of the forces required by the policy of terrorism.

The Tunisian intellectuals’ statement affirmed that the Brotherhood branch represents a threat to Tunisia’s security and the republican system, as well as obstructing its ambition for a democratic transition.

The signatories, including the professor of Islamic civilization Naela Al-Selini, and the founder of the National Observatory for the Defense of State Civilization, Dr. Mounir Charfi, stated that the Qaradawi Union works in Tunisia under the cover of associations operating under the guise of charitable work.

In his view, the professor and historian Ali Amira said in his interview with Sky News Arabia that most of its professors at the Tunisian University worked on it. Then, “We decided to warn about the danger of this entity to the security and gains of Tunisian society after it was found that it belonged to Yusef al-Qaradawi, the author of fatwas that supported terrorism. And encouraged the recruitment of young people to integrate into trouble spots. “

The university students accused the government of fluctuating attitudes towards this entity, and its reluctance to take the necessary decision regarding foreign organizations hostile to national options in Tunisia.

He continued, “His activity in Tunisia is tantamount to parallel education and works to spread the Brotherhood’s ideology that divides societies, distinguishes between the sexes, abhors equality, and questions the gains of Tunisian women. A fatwa has already been issued by this union to expiate the late leader Habib Bourguiba and the pioneers of reform in Tunisia.”

Because of the support of the Renaissance

The professor of Islamic civilization, Naela Al-Selini, told “Sky News Arabia” that Al-Qaradawi branch established a foothold in Tunisia with the arrival of the Brotherhood’s Ennahda movement to power in 2012, confirming that academics had warned of its danger since 2013.

She added, “(The danger of the branch) lies in its presentation of parallel and contradictory lessons to the lessons of Al-Zaytuna University, where the same axes are seized and parallel lessons are provided in them according to traditional transport schools, because the schools of diligence and innovation embarrass them.”

Al-Sallini accused Al-Qaradawi’s union of exploiting the country’s fragile social ground to destroy and burn ideas and perpetuate terror and insecurity for the future until it moves within this ground to attract youth.

It is noteworthy that this societal movement comes as a result of a political move against the Brotherhood branch in Tunisia, led by the Free Constitutional Party, by holding a sit-in in front of its headquarters in the capital since last November, to demand the government to discuss its suspicious activities and financing and its violations of the country’s law. 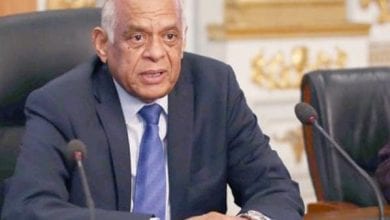 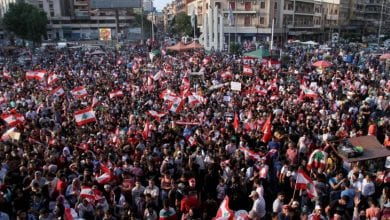 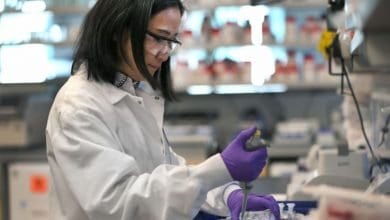