There are several stages in Ankara’s grasping of the changing attitude of the US toward Turkey. During former US President Donald Trump’s time, Turkey was hopeful that President Recep Tayyip Erdogan’s easy access to the White House would be maintained, though less frequently. After Joe Biden’s election, Turkey continued to hope that, because of its strategic location for NATO, the US would appreciate its importance and not go far in punishing it for the steps it has taken to distance itself from the Atlantic alliance, both in terms of defense doctrine and the acquisition of military materiel that is incompatible with NATO infrastructure.

Erdogan had to wait a long time for Biden to call him. The latter waited until April 23 — more than 90 days after he took office. Furthermore, he did so only to inform Erdogan that he would use the word genocide in his statement marking the anniversary of the forced emigration of Armenians in 1915 by the Ottoman state. In other words, the bad news about the content of his statement was compensated by the good news that he eventually decided to call him.

The row between Ankara and Washington grew gloomier last week, as new steps were taken in Turkey’s expulsion from the F-35 advanced fighter jet program. Frank Kendall, Biden’s nominee for Air Force secretary, said during his Senate confirmation hearing that he would press on with ending Turkey’s role in the production of parts for the F-35 joint strike fighter. He had hinted in the past that he was not in favor of a cut to F-35 procurement but, on insistent demand by Sen. Jeanne Shaheen, he promised he would do his best to halt the procurement from Turkey as soon as possible. This includes stopping in 2022 the production of F-35 engine and fuselage components in Turkey.

Turkey in February signed a $750,000 contract with a Washington-based company to lobby for it staying in the program, but it has not been able to block the process. Ankara has been duly informed of the expulsion, but the manufacture of certain components has continued either because Turkey was the sole manufacturer or the mother company, Lockheed Martin, could not find a suitable substitute.

The anger in the US Congress must be high because Turkey is also banned from purchasing F-35s, while the ones already sold to it will not be delivered. A tough legal battle is likely to be fought in the US courts to clear the contentious issues connected to the termination of this contract.

The F-35s will be the main fighter aircraft in NATO countries for the coming 40 to 50 years, but member state Turkey, which has the largest airspace among the allies after Canada and the US, will not be allowed to buy the most advanced aircraft the alliance has developed. This looks like a comedy.

If Turkey cannot find a reliable alternative to the joint fighter jet project, it will again become vulnerable.

During the Middle East crisis, Turkey asked for Patriot missiles from its NATO allies. Some of them put the missiles at Turkey’s disposal, but others withdrew them before the threat had diminished.

If Turkey cannot find a reliable alternative, it will again become vulnerable. This will push it to secure its air defense with a system from sources outside NATO. This is a paradox that Turkey will have to solve.

While Turkey badly needs to mend its relations with the US, Erdogan poured more oil on the fire by this month saying about Biden: “You are writing history with your bloody hands.” The State Department described this as an “incendiary remark.”

On the question of Turkey’s Russian-made S-400 missile defense system, which caused its expulsion from the F-35 program, international relations scholar Henri J. Barkey last week opined that one way out of this delicate dilemma could be to transfer the S-400 to the Turkish military base in Qatar. The US may be open to this idea because of the headache it would give to Iran, but it is unclear whether Russia would allow Turkey to take such a step.

Erdogan is scheduled to meet Biden at the NATO summit on June 14. Speculation varies on whether this will be a substantive meeting or a brief encounter on the margins of the summit.

The list of outstanding issues between Turkey and the US is long, but Ankara’s purchase of the S-400 system and its subsequent expulsion from the F-35 project are almost sure to be raised because of the importance the US attributes to them. Washington is categorically opposed to the deployment of the S-400 in Turkey.

What is certain in this turbulent atmosphere is that the Biden-Erdogan meeting will not be a cordial exchange of views. 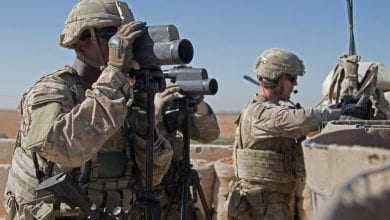 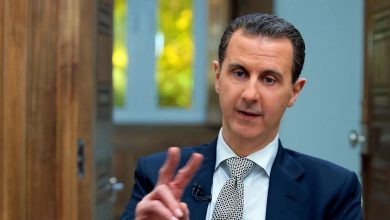