The presidents of Turkey, Russia and Iran will come together on Sept. 16 in Ankara for the fifth summit under the Astana Process where they will discuss the recently increased tension in the Idlib province of Syria as well as attempts to start a political solution to the nine-year turmoil in the war-torn country.

“The summit is aimed at assessing the developments in Syria, Idlib in particular, as well as ending the climate of conflict, ensuring the necessary conditions for the voluntary return of refugees and discussing the joint step to be taken in the period ahead with the aim of achieving a lasting political solution,” read a written statement issued by the Turkish Presidency on Sept. 15.

The summit will be hosted by Turkish President Recep Tayyip Erdoğan with the participation of President Hassan Rouhani of Iran and President Vladimir Putin of the Russian Federation. All three leaders will hold bilateral talks ahead of a trilateral summit.

The first summit by the three leaders was held in November 2017 under the Astana Process format, and the last took place in Moscow in February 2019. Erdoğan and Putin held a bilateral meeting in mid-August to discuss the military campaign by the Syrian regime forces in Idlib.

A statement by the Kremlin suggested that the summit will observe “further joint efforts on reaching a long-term settlement in the Syrian Arab Republic.”

“The participants plan to discuss, in part, measures on finally eliminating the terrorist threat in Idlib and the northwest of Syria, promoting the political process, primarily in the context of forming and launching the Constitutional Committee, and resolving humanitarian issues, including steps to facilitate the return of refugees and IDPs (internally displaced persons),” said the statement.

Idlib on the top of the agenda

The three members of the Astana Process are expected to give priority to the situation in Idlib on which they diverge broadly.

Turkey and Russia had agreed over the de-militarized status of the enclave in late 2018 and set up observation posts in order to monitor a ceasefire and withdrawal of jihadist terror organizations. Turkey has 12 posts with a sizeable deployment in the region.

In an indirect criticism against Turkey, Putin has argued that the jihadist territories could even increase their influence and the territory they control in Idlib from 50 percent to 90 percent since the deal with Ankara.

The jihadist groups do use these territories to launch attacks on nearby Russian bases and on Syrian regime forces, Moscow says. That was why Russia lent a massive support to Syrian forces to launch a military campaign into the Idlib province since April.

One Turkish soldier was killed and several were injured as a result of these attacks. The last attack targeted a Turkish military convoy that left three civilians dead behind was regarded as a strong signal from Syria.

“The state of play can take a different path if the regime attacks against our observation posts,” Erdoğan told Reuters on Sept 13, vowing Turkey will take all the necessary actions in such a case.

“These observation posts are for the protection of the civilians inside Idlib, but the regime forces get into mischief. It hits the civilians. They are doing in Idlib exactly what they did in Aleppo.”

Despite pressures, Erdoğan underlined once again that Turkey has no intention to abandon these observation posts in Idlib and recalled that its interlocutor on this issue is Russia, not Syria.

Turkey’s talks with US on safe zone

The second top issue on the presidents’ agenda will be the situation in eastern Syria where Turkey and the United States have agreed to set up a safe zone along the Turkish-Syrian border.

President Erdoğan is expected to inform Putin and Rouhani on the developments and to assure them that Turkey’s sole objective is to create a peace corridor along the border strip for Turkey’s security and the return of Syrians to their home. In August, Putin did support Turkey’s intention to establish a safe zone along the border.

The three leaders will deliberate on efforts to start a political transition process in Syria through an agreement on the foundation of a 150-men constitutional committee under Resolution 2254 of the UN Security Council.

One other top matter to be raised by Turkey will be the growing burden of nearly 4 million refugees on its shoulders.

Erdoğan has already explained that establishing a peace corridor will allow the return of around 1 million Syrians to home, but this needs additional funding. Turkey is already in touch with prominent European nations for more financial assistance on refugees.

Erdoğan has informed that a four-way summit with the participation of Turkey, Russia, France and Germany would take place in October in Turkey where all the refugee-related issues would be discussed. The first of this kind of summit took place in Turkey last fall. 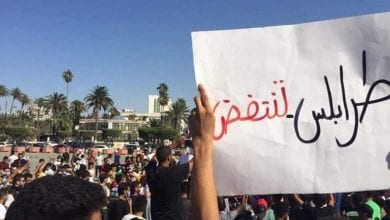 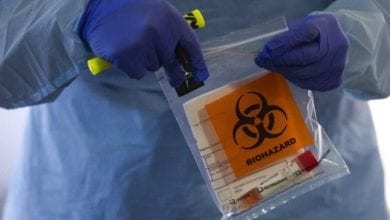