The Balkans is an area of particular interest to Turkey, as a result of its geopolitical proximity and historical and cultural ties. In the past few months, relations with Balkan countries, and the issues related to them, have begun to occupy an increasingly prominent position on Ankara’s foreign policy agenda.

The following day, Serbian President Aleksandar Vucic visited Ankara at the invitation of his Turkish counterpart. The visit was significant for several reasons, including the fact that Turkey is likely to act as a mediator during crisis talks between all parties in Bosnia-Herzegovina. These are expected to take place after elections are held in Serbia in April.

Bosnia-Herzegovina is in the midst of a political crisis involving the nation’s Bosniaks and Serbs. It was triggered when the Serb member of the country’s tripartite presidency, Milorad Dodik, called for the de facto secession of Bosnian Serbs from the Bosnian state by forming their own official army, judiciary and tax system. This is viewed as contrary to the US-brokered Dayton Accords that ended the country’s bloody civil war in 1995 and established the tripartite presidency.

In a country where ethnic divisions between Serbs, Bosniaks and Croats led to war crimes in recent history, the current tensions have other countries in the region on alert. The effects of these tensions are likely to be felt far beyond the borders of Bosnia-Herzegovina, and could jeopardize Turkish, Russian, American and European interests in the region.

Turkey, which has deep-rooted ties to the Balkan states, described Dodik’s move as “wrong and dangerous.” During a joint press conference with his Serbian counterpart after their meeting this week, Erdogan said that they had agreed to bring together the three leaders of Bosnia’s tripartite presidency for a meeting in Ankara or Belgrade in an effort to resolve the crisis. He added that Turkey will intensify its diplomatic efforts to find a solution soon after the elections take place in Serbia.

Local media quoted Erdogan as saying that the leaders of Balkan states had voiced their support for his mediation offer.

Turkey, which enjoys good diplomatic relations with western Balkan states and provides economic and humanitarian aid, has nurtured its relationships with each country in the region in recent years.

In August, for example, Erdogan embarked on a three-day Balkans tour, during which he visited Bosnia and Montenegro. The following month, Turkish Foreign Minister Mevlut Cavusoglu visited Serbia to open a Turkish consulate in the city of Novi Pazar, the population of which is predominantly Bosniak Muslim.

The importance of Serbia and Bosnia to Turkey seems to reflect Ankara’s flagship project in the region, the Belgrade-Sarajevo highway.

Erdogan also met Vucic, Croatian President Zoran Milanovic and Dodik in separate meetings in the months that followed. Dodik in particular is supportive of Turkey’s role in the Balkans, saying: “The fate of Bosnia-Herzegovina depends on the dialogue of local politicians, with the support of Erdogan. Other than that, no one’s opinion will lead to a good outcome for Bosnia-Herzegovina.”

The importance of Serbia and Bosnia to Turkey seems to reflect Ankara’s flagship project in the region, the Belgrade-Sarajevo highway.

Turkey, which historically enjoys close ties with Muslim Bosniaks, has also started to develop closer ties with Serbia, which considers a stable Turkey to be vital for the Balkan region. These bilateral ties have developed not only along political and economic lines but also have a military dimension.

A military framework agreement signed by Ankara and Belgrade in 2019 faced criticism from the Turkish opposition during debates in the Turkish parliament. According to reports, the government defended the agreement, which was ratified by Serbia in 2020, as a routine deal similar to those signed with other countries. But opposition politicians said it includes details that will trouble Turkey’s allies and adversely affect the country’s interests in the Balkans. They warned that it might also jeopardize Turkey’s role as mediator in the region.

Elsewhere, Turkish authorities recently stated that they will deploy 50 police officers at Hungary’s borders with Romania and Serbia to assist with efforts to prevent illegal migration, drug smuggling and cross-border crimes.

Since the breakup of the former Yugoslavia, the Balkans has been a priority for Turkey, which has emerged as a significant player in the region over the past two decades thanks to its growing economic and political influence.

Ankara has also played a significant role in promoting the involvement of Balkan countries in NATO, including support for Macedonia’s successful bid to join the alliance. Since 1995, Ankara has taken part in all NATO operations in the Balkans and has provided troops to serve with international security forces in Kosovo and Bosnia and Herzegovina.

While the stakes are high for Turkey in the Balkans, it is also important to consider the interests of other international and regional actors. The region has become an area of interest for a wide array of foreign powers, including China, the US, Europe and Russia.

Moscow takes a particularly strong and active interest in the region, making efforts to enhance its economic presence and political influence there. However, its policies in the Balkans do not align with those of Turkey. Therefore Ankara’s involvement in the current regional crisis, and its future role, is likely to depend on coordination with other powers, in particular the US and the EU. 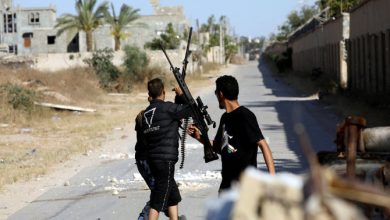 A cancer at the heart of Libya’s re-emergence 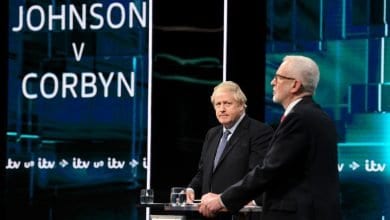 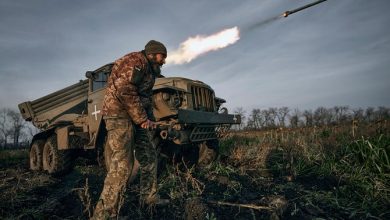 Do not expect any Russia-Ukraine peace talks any time soon