United States on Friday objected to a proposed U.N. resolution on the coronavirus pandemic after diplomats said it had agreed to compromise language with China that didn’t directly mention the World Health Organization, an issue of growing dispute between the world’s two major economic powers.

The U.S. objection to the Security Council resolution drafted by France and Tunisia reflects rising tensions between Washington and Beijing.

It also leaves the U.N.’s most powerful body impotent on reacting to the greatest crisis facing the world — and unable to back Secretary-General Antonio Guterres’ March 23 call for global cease-fires to tackle the COVID-19 pandemic, which diplomats said all 15 Security Council members agree on and is the main point of the resolution.

But the United States and China, both veto-wielding permanent council members, have been at odds for almost seven weeks over including a reference to the World Health Organization.

President Donald Trump suspended U.S. funding to the WHO in early April, accusing the U.N. health agency of failing to stop the virus from spreading when it first surfaced in China. He said it “must be held accountable,’’ accusing the WHO of parroting Beijing.

China strongly supports the WHO and insisted the agency’s role in tackling the pandemic be included in any resolution, diplomats said. The U.S. insisted on making no mention of the WHO and including a reference to “transparency” on COVID-19, which China opposed.

The French-Tunisian draft resolution that was reportedly agreed on Thursday night by both countries and sent to all council members for any objections before 2 p.m. EDT Friday included what diplomats believed was compromise language acceptable to both countries.

Without mentioning the WHO, the proposed resolution would have emphasized “the urgent need to support all countries, as well as all relevant entities of the United Nations system, including specialized health agencies, and other relevant international, regional, and sub-regional organizations, in line with their respective mandates, to enhance coordination and assist in the global fight against COVID-19.”

There is also no direct reference to “transparency,” but Guterres has called for transparency in the coronavirus crisis, and the draft resolution would welcome “all efforts and measures proposed by the secretary-general concerning the response to the potential impact of the COVID-19 pandemic to conflict-affected countries, in particular his appeal for an immediate global ceasefire.”

Diplomats, speaking on condition of anonymity because discussions on the resolution have been private, said senior U.S. officials objected to the agreed text and blocked its approval.

A U.S. State Department official blamed China on Friday for repeatedly blocking compromises “that would have allowed the council to move forward,” saying it is insisting on using the resolution “to advance false narratives about its response to the COVID-19 outbreak in Wuhan.”

The official was not authorized to speak publicly and spoke on condition of anonymity.

The U.S. and other council members indicated negotiations will continue.

The draft resolution demands immediate cease-fires in major conflicts that are on the Security Council agenda, from Syria and Yemen to Libya, South Sudan and Congo, and calls for all parties to armed conflicts “to engage immediately in a durable humanitarian pause” to deliver aid.

The draft, obtained by The Associated Press, says these measures do not apply to military operations against the Islamic State and al-Qaida extremist groups and their affiliates.

“ We must pay attention to  journalists actions and what they publish, we will not keep silence if journalists deliver reports to foreign embassies,” said Algerian President Abdel Majid Taboun, in a television interview with some local media, broadcast on state television.

Taboun accused Algerian journalists of “communicating” with foreign embassies by “reporting” on the internal situation to those diplomatic missions.

Taboun did not reveal the names of the journalists and embassies accused of “spying”, but “threatened” to follow and punish them.

He criticized the sources that funding some Algerian television channels, and pointed out that “it is not acceptable to create a channel present programs that are not appropriate for the Algerians, not knoing the source of its funding!! and this is not acceptable at all!

He also criticized, “Al-Shorouk”, Algerian channel which is directed at the Ikhonji, “a comic series that criticized” Algeria providing financial assistance to Tunisia “during the Tunisian president’s recent visit to Algeria.

Tabun stressed in his speech that “it is unacceptable to provoke a diplomatic crisis in order to laugh people from a program broadcast on television.”

This comes, days after the Algerian authorities decided to “open the file of external financing to the local media,” where the Algerian Minister of Communication (Information) Ammar Belhimer affirmed that the file “will be opened strongly and without exception”, stressing that this is “a form of foreign interference.”

He explained in press statements last week that the decision was taken by the Algerian president, who decided “to open the file forcefully and without exception because we consider it a form of external interference and internal collusion, and there is no sovereign state that allows or accepts this”, according to his expression.

Observers believe that the Algerian President’s opening of the issue of “journalists’ communication with foreign embassies” is linked to media reports published by some local sources last year, which reported the involvement of “journalists, editors, satellite channels and newspapers in reporting reports on the political situation of foreign embassies led by the French embassy, ​​and the Qatar embassies In Paris and London. ”

Followers pointed out that the file “the penetration of the Algerian Brotherhood currents and the local media, especially the private ones,” which has always been a “silent topic” for several years, may turn into a “new Brotherhood scandal” in Algeria.

Several information confirm the penetration of Brotherhood currents in the Algerian media, by sending journalists to the rank of “informants” who transmit all the internal secrets to the local media, and work to impose the Brotherhood’s ideas in the media contents, especially in political programs and newsletters.

One of the most dangerous methods of penetration of the Ikhwanji in many Algerian media is its dependence on journalists “who do not profess their allegiance to the Ikhwani organization, and pretend to oppose the local Brotherhood currents of camouflage and the rhythm of all those who violate the Brotherhood in the media.”

Some Brotherhood currents collect reports from their “informative journalists” to “present them as fatty information to the embassies of the Brotherhood’s regimes or transfer them directly to the countries involved in spying on Algeria,” according to testimonies of journalists who worked in some Algerian media.

The Algerian security services also revealed, last year, the involvement of journalists in receiving funds from foreign diplomats in exchange for providing them with political, economic and social information about Algeria.

Observers expect that the statement of the Algerian President “doors of punishment” will open to Brotherhood currents loyal to Qatar and Turkey and others that follow suspicious French circles, and reveal shocking facts about what Algerian journalists and intellectuals call “the dark side of the Algerian media.”

And Algerian political sources revealed, last year, the existence of a “list of journalists, channel managers and newspapers” that will be investigated in cases of corruption and their relationship with Bouteflika’s regime and the deep state, in addition to contacts with embassies and foreign countries. 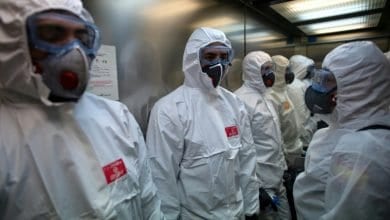 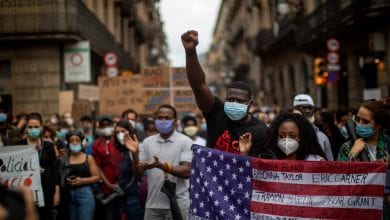 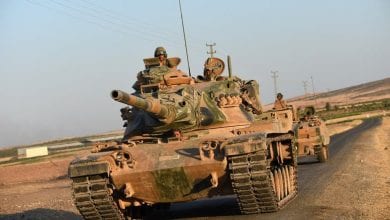