Washington’s UN Ambassador Nikki Haley called Tuesday for an urgent UN meeting on deadly demonstrations in Iran, praising the “great bravery” of the protesters as French Foreign Minister Jean-Yves Le Drian delayed a visit to Tehran amid the unrest.

Nikki Haley, the US Ambassador to the United Nations, called on the international community to speak out on the unfolding protests in Iran, saying the US would seek emergency UN talks on the situation.
“The people of Iran are crying out for freedom,” Haley said at a news conference.
“All freedom-loving people must stand with their cause.”
She said the United States would be seeking emergency sessions of the UN Security Council and the Geneva-based UN Human Rights Commission in the coming days.
Haley rejected as “complete nonsense” charges by Iran’s supreme leader Ayatollah Ali Khamenei that the five-day-old protests were being fomented by the country’s “enemies.”
“The freedoms that are enshrined in the United Nations charter are under attack in Iran. Dozens have already been killed. Hundreds have been arrested,” she said.
“If the Iranian dictatorship’s history is any guide, we can expect more outrageous abuses in the days to come,” she said. 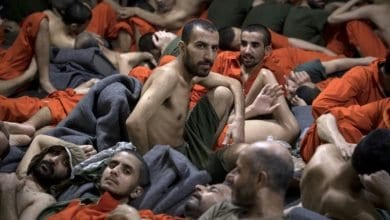