Aside from the bellicose denouncements, the denials, the Senate trials and the rallies, what the Donald Trump presidency will truly be remembered for is the storming of the Capitol this month. This act drew consternation and, at some moments, horror. However, more significantly, though somewhat on the sidelines, it drew attention to a more pressing issue: That the chief irritant of many in the US is the media organizations that have grown to be so biased, so very much politically involved, that some even chose to bear arms rather than trust in the country’s institutions. Like him or loathe him, Trump used his four years at the pinnacle of political power to do at least one thing — illustrate the ills and growing influence of fake news.

The term “fake news” has come to personify the four years in which the White House found itself pitted against the media at large. This unprecedented state of affairs was born from the president’s biggest detractors — the sections of the media that were solely focused on an ever more rapidly changing news cycle, pedaling stories that may or may not be based on the truth. Fake news, in many respects, shone a spotlight on the entire Trump presidency. The former president’s continual jousting with some parts of the media — while selecting certain outlets that backed his agenda and disregarding others that may have been critical — was a powerful exercise in how the unchecked growth of this sector has had wild political ramifications.

For a president who complained that “it’s always Russia, Russia, Russia,” it is no doubt unsurprising that a Russian term came to feature so highly during his time in the White House. “Pod-del’mei novosti” (counterfeit/fake news) is a concept that has a long history in the official obfuscation of facts, to which Russia is home. The idea that news can be faked or packaged in a deliberately antagonistic way to fulfill a certain political agenda has become so prominent in the international media that, whether through the planting of false information or the deliberate dissemination of provocative reports, it has not only sown social unrest but developed an entire political culture in which the media is villainized. The implications of this have been on display in the incredibly stratified American society that Trump left behind.
Where, historically, the media has sought to act as a check on government, raising the awareness of issues that should be brought to the attention of the public, certain outlets have now come to be seen as a corrupt and somewhat unreliable and divisive force. This was embraced by Trump as he sought to deflect the challenges of his presidency and chaotic administration by blaming all the ills of his tenure on fake news.

Concerning the political phenomenon of a self-promoting media personality rising to the top, the media was not only Trump’s greatest ally, but also his most powerful opponent. What is most chilling about the former president’s vendetta against fake news is the fact that he based his entire career on PR stunts and the close courting of the media. He only seemed to target sections of the media once their interest in his activities began to highlight the more unsavory and questionable aspects. It is within this battle that American society was divided further, by media outlets on both sides of the political spectrum, which discouraged debate in lieu of sensationalism.

As the power of certain institutions waned and the power of the mob greatly expanded, many have been left wondering when exactly patriotism became a blunt instrument that Americans wielded against one another. As the US intelligentsia looked upon the unhappiness of under-represented and angry Americans with disdain and sections of the media portrayed this as a battle between “us” and “them,” a more important realization has come about, summarized by political scientist Katherine Cramer: “The cultural elite are inexcusably unaware of the challenges and perspectives of many others in this country.”

The straight-talking former president, in seeking to shock audiences with his audacity, highlighted a very important point in that the political “norm” did not reflect the views of many Americans, and only a very narrow group of liberal elites shaped the news agenda. The continued exposure of this fact through his rather crude approach of attempting to discredit all media did in fact draw attention to how saturated audiences are with forced news agendas.

Trump’s use and manipulation of the media, alongside his simultaneous derision of it, highlighted the extent of the problem. Ushered in on a mandate to represent the vast swaths of the American people who deem “the system” not to be working for them, he coupled his celebrity with rabble-rousing methods to appeal to a larger demographic. Where white supremacists had once harbored anarchical aspirations, Trump used Twitter, Facebook and “friendly” news platforms to appeal to a wider group of Americans, Hispanics and even African Americans, who through their shared feelings of neglect were united in supporting Trump’s isolationist and unorthodox administration.

Certain outlets have now come to be seen as a corrupt and somewhat unreliable and divisive force.

After having used social media to amplify his voice, Trump began to couple the big tech companies that own the majority of the mass media platforms with the financial elite, discrediting his opponents on a whim. Such divisive policies were reinforced, not challenged, with the suspension of his Twitter account — the last great act in the Trump show and the perfect example of how divisive the media has become, fake or otherwise.

The last four years have, without a doubt, brought the perils of an overly biased and unverified media to the fore. In seeking to influence and anger, sections of the media, empowered by social media platforms, have neglected their obligations to inform and inspire. Trump’s attempt to circumvent this stark new reality by encouraging a culture of “alternative facts” was not the solution; what is needed is to restore faith in the media and the verification of news. Without such an effort, mainstream political life will continue to play host to reactionaries who, given the division and anger they have been shown to cause, are not the future the democratic process was meant to entail. As Australian politician Arthur Calwell once said: “It is better to be defeated on principle than to win on lies.” 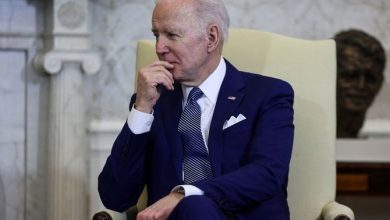 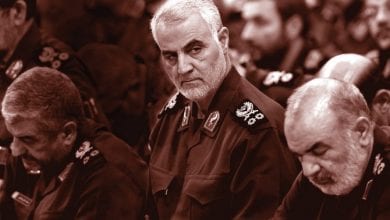 Qassem Soleimani: He will kill no more