The Toronto Raptors clamped down on Houston’s NBA scoring leader James Harden Thursday, but his Rockets teammates filled the void in a 119-109 win over the reigning champions.

Forward Ben McLemore led Houston with a season-high 28 points and Russell Westbrook contributed a triple-double of 19 points, 13 rebounds and 11 assists as the Rockets bounced back from a controversial double-overtime loss to the San Antonio Spurs on Tuesday.

Harden, who is averaging more than 39 points per game this season, connected on seven of just 11 shots from the field, finishing with 23 points in the face of a determined defensive effort from the Raptors.

Harden took just three shots in the first half, and most of his attempts in the second were off broken plays or fast breaks as he found himself relentlessly double-teamed.

“James, to his credit, didn’t force anything,” Rockets coach Mike D’Antoni said. “He said ‘OK, double me and my teammates will score tonight.’ And they did.”

While Harden scored just six points in the first half, the Rockets led by as many as 16 in the second quarter before reaching halftime with a 63-55 advantage.

The Raptors briefly edged ahead in the third, but the Rockets responded and never trailed in the fourth.

“It’s just dedication, just going out there knowing what we have to do to get a win tonight after a tough loss,” said McLemore, who made a career-high eight three-pointers.

Pascal Siakam led the Raptors with 24 points and Fred VanVleet added 20 for Toronto, who had won their first nine home games of the season but have now lost two straight on their home floor.

They fell in overtime to the visiting Miami Heat on Tuesday.

There was drama in New Orleans, where Phoenix’s Devin Booker scored 21 of his season-high 44 points in the third quarter and the Suns held on for a 139-132 overtime victory over the Pelicans.

The Suns took a 16-point lead into the fourth period, but New Orleans battled back to knot the score at 125-125.

The hosts had a chance to win in regulation but Brandon Ingram — who needed stitches near his right eye after he fell and was then fallen on by Phoenix’s Dario Saric — missed at the buzzer.

In Washington, Japanese rookie Rui Hachimura scored 27 points and Bradley Beal added 26 as the Wizards shook off a sluggish start to beat the Philadelphia 76ers 119-113.

The road woes continued for a 76ers team that is unbeaten in 10 home games, with 21 Philadelphia turnovers leading to 30 Wizards points.

Joel Embiid and Ben Simmons combined for 15 of the turnovers as the Sixers wasted a 33-point effort from Tobias Harris.

Embiid finished with 26 points and 21 rebounds and Simmons added 17 points and 10 assists, but the Sixers fell to 5-7 in away games.

There was more misery for the New York Knicks, who endured their eighth straight defeat in an embarrassing 129-92 loss to the Denver Nuggets at Madison Square Garden.

Coming off a 44-point loss to the Milwaukee Bucks on Monday, the Knicks trailed by as many as 43 as the Nuggets, who came into the contest ranked 24th in the league in three-point shooting, drained 21 of 39 from beyond the arc. 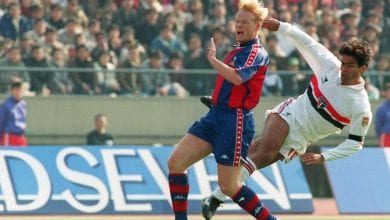 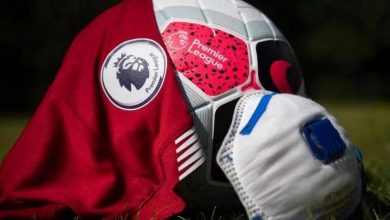 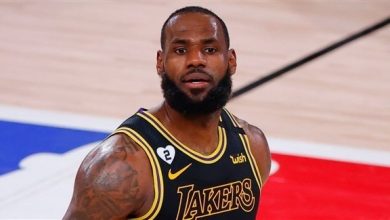 Liverpool FC owner valued at $7.4bn in deal with LeBron James and RedBird