Why peace initiatives in Libya are failing, This month has seen several failed attempts by foreign powers to broker a ceasefire in Libya.

First, Fayez al-Sarraj, who heads Libya’s UN-backed Government of National Accord (GNA), refused to travel to Rome when he learned that his adversary, renegade military commander Khalifa Haftar, would be present at a meeting convened by Italian Prime Minister Guiseppe Conte.

A week later in Moscow, al-Sarraj signed a Russian-brokered ceasefire agreement, but Haftar walked out without signing.

And then, the leaders of Germany, France, Russia, Turkey, Egypt and several other countries gathered in Berlin to jumpstart a peace process on Libya.

The final communique of the conference called on all parties to respect the nearly decade-old UN arms embargo on Libya – an embargo many of those powers have repeatedly violated – and reaffirmed the need for a political, rather than a military, solution to the conflict.

The renewed call to respect the arms embargo is sensible but it lacks a plan for sanctioning those countries that continue to violate it.

Meanwhile, the complex situation on the ground in Libya has worsened. Even while the Berlin meeting was in session, pro-Haftar protesters and militias blocked four key oil terminals.

Recently, Turkey announced the deployment of its troops to Libya to back the GNA. The country has already seen the presence of mercenaries from a number of countries including Chad, Sudan, Syria and Russia.

This has exacerbated an already complex situation on the ground, making it difficult for the UN and other peace-brokers to navigate.

In this context, the failure of European and Middle Eastern actors to stabilise the situation in Libya comes as no surprise, particularly since many of the so-called peace-brokers have actually fed the violence through, for example, repeated violations of the arms embargo.

In their interventions in the Libyan conflict, some foreign actors have been pursuing opposing visions for the future of the region. Others, in particular the Europeans, have intervened, hoping to secure economic gains in Libya and its assistance in keeping migrants away from European borders.

None have had the best interest of the Libyans in mind. This is quite clear from the absence of representatives of Libyan civil society and grassroots organisations in many of these “peace” initiatives sponsored by foreign powers.

While the fate of Libya continues to be negotiated in various European and Arab cities, the aspirations of Libyans continue to be swept aside. But it does not have to be this way.

Libyans can still take the peace process into their own hands. An existing framework, known as the National Conference Process (NCP), is a good starting point.

The NCP was a consultative process launched in 2018 and led by the Centre for Humanitarian Dialogue with the support of the UN Support Mission in Libya (UNSMIL). The consultations were informed by the participation of 7,000 Libyans across the country. They resulted in a final report that outlined Libyan consensus on various policy areas that must be addressed to build the country.

It might seem futile to return to a process of national reconciliation while fighting is ongoing, but the outcomes outlined in the NCP’s final report still provide a critical opportunity to build a Libya by Libyans for Libyans – even during protracted conflict.

Given the current fragmentation of Libya’s political leadership, domestic civil society and business actors should shepherd this process, even if on the sidelines of the brutal theatre of war. These actors include local security and military figures, municipalities and community leaders – many of whom were involved in the NCP consultations themselves in 2018.

Much of the current fighting is over resource distribution and power – no doubt a central reason why several foreign governments in Europe and the Middle East are scrambling to retain influence and control in Libya. Distribution of power and resources is one of the five policy areas identified in the NCP report, alongside national and government priorities, security and defence, constitutional and electoral processes, and national reconciliation.

Haftar’s offensive in April 2019 was an attempt to take control of Tripoli by force, and it put an abrupt stop to plans to hold the national conference that same month.

The national reconciliation process was meant to pave the way for presidential and parliamentary elections in Libya, after which the priorities outlined in the report would be among the issues addressed to build the country.

It is no wonder, then, that Haftar and his army timed their offensive to thwart any kind of meaningful dialogue, especially a Libyan-owned one, whereby his legitimacy would have certainly been undercut.

But the NCP is, as its name indicates, a process as opposed to a mere two-day conference. The work of Libyan community leaders, civil society and security sector figures that drove the national conference consultations need not stand still because of the persistent fighting.

It could, as Yemeni civil society leaders have done through initiatives such as the Yemen Peace Forum, be used to organise strategic workshops at the community level in more stable areas in Libya.

Of course, certain Libyan organisations have indeed been working together, but there needs to be a more coherent process that also aims to develop the policy areas identified in the NCP. If the military conflict makes this option difficult, there is a robust group of Libyan civil society leaders operating in the diaspora who could, together with local community leaders based in Libya, pursue such initiatives in other safe spaces.

Libya’s civil society both domestically and in the diaspora has been quietly, but actively, working to support the various policy areas outlined in the NCP. Those efforts must be supported – and not meddled with – by the international community. They form a crucial part of the groundwork needed to re-build Libya once the violence subsides.

Without support for such efforts, foreign military and political interference – the very problem that the NCP explicitly warns against – will continue to be afforded more space as the demands of Libyans continue to be ignored.

As the political squabbling continues in European cities, and as the fighting rages on in Tripoli and other parts of the country, the vision that Libyans put forward in the NCP should no longer be deferred.

It is time to revive the National Conference Process in Libya, with or without a ceasefire agreement. 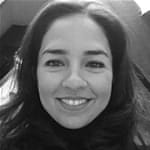