Erdoğan Bayraktar, one of four ministers who were allegedly involved in Turkey’s biggest-ever corruption scandal that shook the government of then-Prime Minister Recep Tayyip Erdoğan in December 2013, admitted on Sunday that all the allegations against him in the graft probe were true, adding that he may be beaten or killed if he tries to separate himself from the other suspects. Former Minister for Environment and Urban Planning Bayraktar also claims he was only accused of misconduct, not of corruption like the others. However, a review of the police investigation by Nordic Monitor shows that Bayraktar was not only accused of misconduct, but also of taking bribes and providing financial benefit for his family businesses by using his influence.

Speaking to journalist Altan Sancar of Özgür Radyo (Free Radio), Bayraktar blamed now-President Erdoğan for being seen by the public as a thief. “There is misconduct [in my file]. When my leader [Erdoğan] put me in the same basket as the other ministers, then I am also portrayed as a thief. However, those who know me well can distinguish me [from the others],” Bayraktar said.

“Whatever was claimed in the investigation into me was true. Everything in my file, including tapes, audio surveillance and my phone conversations, was true from A to Z. Evidence [against the other three ministers] might not be, but in my case it was.”

Bayraktar resigned a week after the graft probe became public knowledge on December 17, 2013. Immediately after his resignation, he claimed in a live TV interview that he did everything under orders from his boss, then-Prime Minister Erdoğan, and that he also should resign.

The former minister also said he had wanted to separate himself from other ministers who were accused of graft and bribery but that he had failed. “I am not strong enough. Will they beat me? Will they kill me? I don’t know what they’ll do,” he said. Bayraktar made an implicit acknowledgment that he had wanted to confess publicly just after the scandal emerged, but Erdoğan and his inner circle reportedly prevented and threatened him with harm to his family, particularly his son Abdullah, who was also involved in the same scandal. It was also rumored at the time that the former minister was even beaten by Erdoğan’s men.

Serious accusations against Erdoğan Bayraktar and his son Abdullah in the police investigation file:

The graft scandal, known to the public as the December 17-25 corruption investigation, involves two large cases in which cabinet ministers, their family members and a number of top bureaucrats were implicated. In the first and more well-known case, it was revealed that Iranian-Turkish businessman Reza Zarrab had bribed the cabinet ministers to violate an embargo on Iran imposed by the US in a sanctions-busting scheme that was run through Turkish state-owned Halkbank.

Documents disclosed to the public implicitly showed that then-prime minister Erdoğan was at the top of the criminal scheme. Shortly after the scandal erupted, a leaked phone conversation between Erdoğan and his son Bilal on the day of the police operation, December 17, 2013, revealed that they discussed how to safely transfer a large sum of money from their house in Istanbul to other locations. The second case mostly involves illegal zoning changes made in favor of contractors who bribed bureaucrats and mayors with the knowledge and approval of then-minister Bayraktar.

Bilal Erdoğan and his partner, Saudi businessman Yasin al-Qadi, who was on the UN and US lists of al Qaeda-associated individuals at the time, were also prime suspects. Interestingly, al-Qadi was barred by law from entering Turkey when he met with Erdoğan and his son Bilal several times in İstanbul.

After Erdoğan successfully cast the investigations as a coup attempt to overthrow his government orchestrated by his political enemies, the prosecutors and judges whom he claimed were affiliated with the Gülen movement, a group that is critical of Erdoğan, were removed from the case. Police were reassigned and the corruption investigations were dropped. Later, the police officers, judges, and prosecutors who took part in the investigations were all jailed. In 2019 the İstanbul 14th High Criminal Court handed down life sentences to 15 defendants for attempting to overthrow the Turkish government including former police chiefs Yakub Saygılı, Kazım Aksoy and Yasin Topçu.

Iranian-Turkish gold trader Reza Zarrab was arrested in Miami in 2016 on charges of evading US sanctions on Iran. Zarrab pleaded guilty in federal court and in a plea deal testified about the plot in 2017 as a witness for the prosecution. Zarrab testified that Turkey’s then-Prime Minister Erdoğan personally ordered a resumption of the plot to launder billions of dollars in Iranian oil revenue and circumvent US sanctions, in parallel with the evidence exposed during the 2013 corruption scandal. Zarrab also admitted that he bribed Cabinet ministers Egemen Bağış, now Turkey’s ambassador in Prague, Muammer Güler and Zafer Çağlayan.

Although Bayraktar claims that he only abused his power, there were concrete accusations against him in the police investigation. Police officers managed to get evidence that the contractors who won tenders from the ministry had to work with catering and energy companies that were secretly owned by the minister’s son Abdullah.

Former Minister Bayraktar had informed his team members of the police operation on December 17, 2013 and ordered them to hide:

The prosecutor also alleged that a crime syndicate run by Bayraktar’s son secured zoning changes for companies that were awarded building projects from the state-owned Housing Development Administration of Turkey (TOKİ) and fixed problems when firms faced difficulties with preservation boards in various provinces.

Interestingly, Murat Kurum, a key suspect involved in the crime syndicate exposed in 2013, who was detained in the police operation, has been the minister for environment and urban planning since 2018, an indication of how Erdoğan rewards accomplices who are loyal and keep silent. 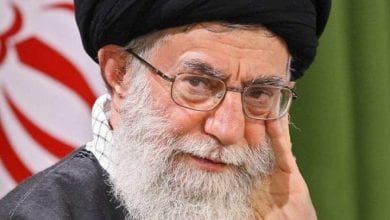 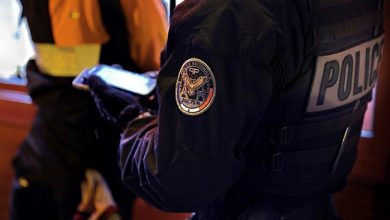 Gérald Darmanin: The swoop on Islamist to send a message that “enemies of the Republic” would not enjoy “a minute’s respite” 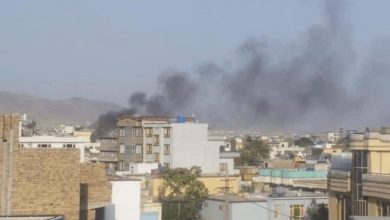 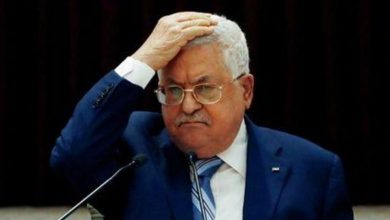