The United States of America imposed economic sanctions on Turkey under the CAASTA Law, against the backdrop of Turkey’s purchase of the Russian S-400 missile system, and the House of Representatives passed the CAASTA Law with 84 votes to 13 votes.

On the repercussions of the sanctions on the Turkish economy, and the overall Turkish economic crisis, economist Mustafa Sonmaz spoke to Hawar News Agency.

‘Bringing Turkey back to the western axis’

Previously, CAASTA sanctions were imposed on Russia, China and Iran, and now they are being imposed on Turkey, and Sonmaz noted that both the United States of America and Europe want, through these sanctions, to send a message to Turkey that they want Turkey to be on the side of Western countries. Regarding: “They ask the following question to Turkey, are you a member of the Western world or not? Because your actions are not consistent with the Western world, you do not act like Western countries, whether in your foreign policies, or in your military moves, as well as with regard to domestic policies.”

Sonmaz explained that Turkey is going through a difficult phase, whether in terms of foreign or domestic policy, and in order to get out of this crisis, it needs new campaigns, and added: “What was Turkey counting on until it forced the Western world to take a similar decision and approve economic sanctions against it? It exceeded its borders, and all its threats were empty. It believed that it had become a regional power, and it thought that it would compete with European countries and become an independent force. On the domestic level, in order to overcome and avoid this decline, it sided with Russia under the heading of changing axes. “

Sonmaz said that NATO member states imposed sanctions on the economy of another NATO country for the first time, as sanctions are scheduled to come into force starting in March of next year. “So far, Trump has been working to contain many of Erdogan’s campaigns, but Biden institutionally oriented, he is expected to deal with Erdogan according to the principles of the United States of America, and he will want to reassess many things based on these principles, and accordingly, they will deal with Erdogan according to principles and laws, and they will strive to return him to their side.

Deprived of the mosque and the church at the same time’

Sonmaz added: “It bought heavy weapons from Russia, and developed relations with it with regard to the nuclear plant, but the Western world would never have accepted this situation.”

In addition to its deals with Russia, its policies contradicted Russian policy with regard to the Middle East and in Syria in particular. Therefore, Turkey has deprived itself of the mosque and of the ecclesiastical, and currently it seeks once again to go towards the Western world, and the economic reform it is carrying out within these endeavors, but while it seeks to return to the European embrace, its smaller partner in the government, the Nationalist Party, turns into a stumbling block in front of these efforts, and seeks to thwart them, as the government cannot accomplish some reforms, because it needs the National Party at the domestic level, and therefore Erdogan is currently between a rock and a hard place.

‘Surrounded on all sides’

Sonmaz noted that the government is suffering from a major crisis, and the popularity of the Justice and Development Party is witnessing a significant decline due to these policies, which also coincided with the Corona pandemic, and he said that these crises together dealt a major economic blow to the government, and on the implications of the crisis, Sonmaz said: The entry of foreign exchange into the country led to an increase in the exchange rate, which fuels the fire of inflation, and thus increases the manifestations of internal corruption, the spread of poverty and social problems, the government has lost balance at the economic level and there is no longer any growth in the economy, and internally, the opposition is rolling up its arms and escalating and strengthening its position day after day, and with it demands escalating to return to the parliamentary system, which constitutes a great embarrassment to Erdogan’s authority, and therefore Erdogan found himself besieged from all sides, and his main priority now is how to get out of this situation.

Regarding Erdogan’s plans to bypass economic sanctions, economist Mustafa Sonmaz said: “Currently he will make flexible concessions and take some small steps, but he does not have the capabilities to do so as well, because the Nationalist Party is confronting any steps internally, and Erdogan is seeking to take some measures apart from the Nationalist Party, and this increases its isolation, Western countries will not be satisfied and will not be satisfied with that.

Sonmaz noted that Turkey is in a crisis, and that this crisis will escalate in 2021, and said that 2021 will be a difficult year for Turkey, and added: “Turkey’s situation is also critical due to the Corona pandemic, because it did not manage the pandemic well, as numbers concealed infections and deaths, therefore, its reputation has been damaged internally and externally, and in 2021 there will be clear repercussions of the Corona pandemic, and we must wait to see how it will end, as well as we must wait for the repercussions of the economic sanctions that threaten Western countries to impose them on Turkey, and whether Turkey will be able to withstand these sanctions, these are serious and important issues, but it seems that they no longer possess more power and will not be able to withstand for a long time, as unemployment and poverty are expected to increase, and if the situation continues as it is, it will break the back of the Justice and Development government.

‘Holding early elections is not easy’

On the demands of the Justice and Development Party (AKP) to hold early elections in Turkey,Sonmaz said that the government does not have any interest or benefit from holding these elections, so it will not agree to that. “If The government has been severely restricted, and it will resort to many illegal measures at the domestic level, starting from closing and banning the HDP, passing through changing the global election body, as well as placing many other parties under its control, and after that it will issue the decision to hold elections. .

CAASTA were imposed against the backdrop of Turkey’s purchase of the Russian S-400 missile system, as the Erdogan regime granted Russia $ 2.5 billion, in exchange for the S-400, and Russian Foreign Minister Sergey Lavrov commented on the US sanctions, “It is a vulgar behavior, and the United States’ sanctions against Turkey are manifestation of arrogance in international law. “

Sonmaz noted that Russia will face these sanctions by putting pressure on Turkey to force it to continue adhering to the arms purchase agreement. 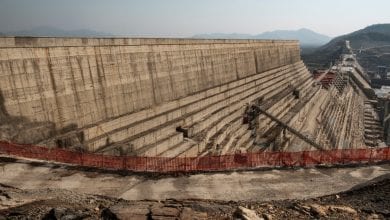 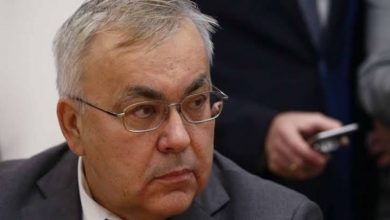