Private, mercenary-style surveillance and hacking groups have used Facebook and Instagram to target 50,000 people in over 100 countries, according to a newly published investigation by Meta, Facebook’s parent company.

The existence of private companies that use sophisticated digital tools to pry secrets from people’s work and private lives—sometimes as part of legitimate law enforcement efforts, but also often in legally and ethically suspect ways—has been known about for some time.

But the public conversation about surveillance-for-hire has long focused on just a handful of companies and capabilities even though the booming cyber-surveillance industry includes hundreds of firms around the world. Meta’s investigation, which company investigators described in detail in a press conference today, outlines private-sector mass surveillance on a scale never before revealed.

“Cyber mercenaries often claim their services and their surveillanceware are meant to focus on tracking criminals and terrorists,” said Nathaniel Gleicher, head of security policy at Facebook. “But our investigation and similar investigations by independent researchers, our industry peers, and governments have demonstrated that the targeting is in fact indiscriminate.”

Gleicher and his team named seven surveillance companies from around the world that their investigation had found were carrying out illicit surveillance. The firms boast a vast and diverse set of customers—including the United States government.

He went on, “We will be providing notices to approximately 50,000 people that we believe were targeted by these companies, across our platforms and others. They include journalists, human rights advocates, activists, dissidents, clergy, political opposition figures, and their families.”

Facebook’s parent company, Meta, which sued the Israeli hacking company NSO Group in 2019, is sending cease-and-desist letters to each of the firms today as well as sharing alerts to the approximately 50,000 victims it’s identified. The alerts tell victims that “a sophisticated actor may be targeting your Facebook account” and then recommend steps to better secure their account, including running a privacy checkup.

The investigators added that not all of the firms’ work appears to contravene known laws and ethical standards—some of these companies are known to use Facebook and Instagram to carry out legitimate law enforcement and intelligence work. But both platforms have established channels for law enforcement to legally request data in a way that complies with due process and transparency.

The ultimate goal of the work, investigators said, is to prompt a bigger discussion about the surveillance-for-hire industry. They said they recommend strengthening transparency and “know your customer” laws, deepening industry collaboration to counteract surveillance firms, and increasing accountability through new legislation and export control laws.

“The targeting we’re seeing from these companies doesn’t look like that,” Gleicher said. “It’s indiscriminate targeting across society. These companies are designed to conceal who their clients are. If you’re a foreign government who wants to make it hard for defenders to find you, you hire a company like this to create a layer of obfuscation between you and the harm that occurs.”

Beyond the cease-and-desist letters and widespread removal of accounts, Gleicher did not rule out future lawsuits against any of the offending firms. Still, investigators said ferreting out for-hire surveillance activities is likely to be an ongoing challenge.

“When we see networks engage in this type of activity, we take a network approach,” said David Agranovich, director of threat disruption at Facebook. “We take down all of their activity on the platform at the same time. And knowing that they are adversarial networks, we will then work to keep them off of our platform.” 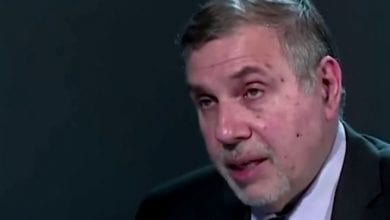 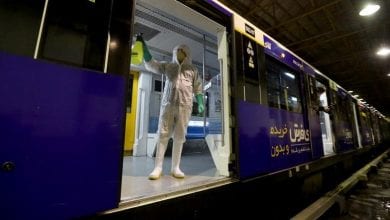 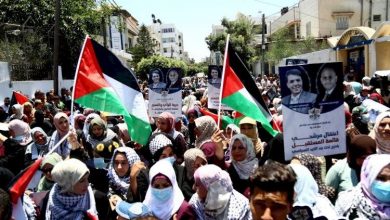 Palestinians took to the streets, calling Abbas to leave 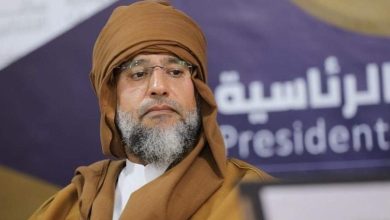