The extensive revelations are published in, ‘Rise and Kill First: The secret history of Israel’s targeted killings.’ The New York Times published an extract from the book on Tuesday.

According to Bergmen, when former Israeli Prime Minister Ariel Sharon was defense minister, he ordered the Israeli army to shoot down a passenger plane Arafat was thought to be on. Arafat was chairman of the Palestine Liberation Organization at the time. Although the plan was eventually called off, it was allegedly one of a list of plans to to assassinate the Palestinian leader.

Bergman spoke to hundreds of intelligence and defense officials and studied classified documents which have revealed a“hidden history, surprising even in the context of Israel’s already fierce reputation.”

“I found that since World War II, Israel has used assassination and targeted-killing more than any other country in the West, in many cases endangering the lives of civilians,” Bermen wrote in the NYT, pointing to the history of debate that takes place over these issues.

In another assassination attempt in October 1982 Israeli intelligence agency, Mossad, reportedly set its sights on a plane which was carrying 30 wounded children, victims of the Sabra and Shatila massacre by Phalange militia in a Palestinian refugee camp in Lebanon.

According to the book, Tsomet, the Mossad unit which recruits assets overseas, had heard Arafat would take a plane from Athens to Cairo. Caesarea, the Mossad unit responsible for targeted killings, sent two operatives to wait at Athens airport. F-15 fighters were placed on alert. Mossad eventually realized the man was not Arafat, but his brother – who was bringing wounded Palestinian children to Cairo for medical treatment.

Bergmen first heard of that assassination plan in 2011, but his source made him promise to wait until a second person came forward with the story.

In another case detailed in the book, fighter jets surrounded a commercial flight from Jordan to Tunisia, while in another incident, they disrupted a Boeing 707’s communications, Haaretz reports.

One more attempt was inspired by the movie, the Manchurian Candidate, Bergmen writes. Israelis reportedly sought to turn a Palestinian prisoner into a trained killer. This backfired when, five hours after being released, the prisoner turned himself into the police and explained everything.

Another plan was to take out all of the Palestine Liberation Organization leadership by setting up bombs inside a Beirut stadium where the group were planning to celebrate the anniversary of their first operation against Israel. According to the book, the Israelis also set up cars rigged with explosives outside the stadium, set to detonate minutes after the first explosion to target survivors as they were trying to escape.

The operation was cancelled at the last minute, after a group of officers and the defense minister demanded it be called off.

“You can’t just kill a whole stadium,” an officer remembered telling then-Prime Minister Menahem Begin. “The whole world will be after us.”

According to the book, In 1982, Sharon created a special task force named Salt Fish to take out Arafat. He appointed special operations experts, Meir Dagan, who later became head of Mossad, and Rafi Eitan, who was then adviser to the defense minister on counterterrorism matters.

The group even debated killing Israeli journalists who were going to interview Arafat in Lebanon in 1982, with the consensus being that, yes, it was worth carrying out such an operation. However, Mossad lost the group on the way to the meeting.

“The feeling was that it was something personal for Sharon,” Air Force commander in Chief Major General David Ivry told Bergmen.

Despite their best efforts, Arafat continued to evade assassination.

Uzi Dayan, the operation’s commander, told Bergman Arafat was saved by two things, “his interminable good luck and me.”

He explained that he was concerned about civilians being killed in an assassination, and clashed with Eitan over it, who would get angry over missed opportunities. Dayan even withheld intelligence from Eitan to prevent civilian casualties. 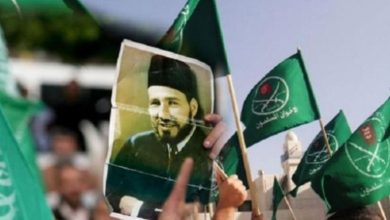 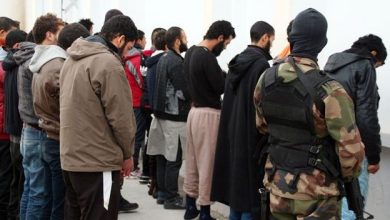