Israelis have begun voting in the country’s third election within the space of a year in a fight Benjamin Netanyahu is desperate to win on the eve of a criminal corruption trial against him.

More than 6.3 million people are eligible to cast their votes in polling stations that will close at 10pm (8pm GMT) on Monday, after which exit polls will be reported.

For the more than 5,000 Israelis who were under precautionary home isolation after returning from areas of the world affected by coronavirus, special voting booths covered in plastic sheeting had been set up around the country. Ten Israelis have contracted the virus and are quarantined. The health ministry, however, has urged people that it is safe to vote.

Over the weekend, in the final stretch of a campaign that has increasingly descended into mudslinging, Netanyahu and his main rival, the former army chief Benny Gantz, ripped into each other.

Netanyahu told Channel 12 that Gantz was “not fit” to be prime minister. “He is weak; he’s not a leader,” he said. Gantz said in another interview that his opponent was acting as if he was part of a mafia.

The country has been in a state of political crisis for almost 12 months after two previous general elections failed to produce a clear winner.

Central to the deadlock is the Israeli prime minister, the longest-serving in the country’s history, who has managed to persuade allies and even some foes that rematch after rematch is preferable to any deal that does not include him as leader.

Gantz has focused his campaign on Netanyahu’s alleged corruption and anti-democratic moves, but he also failed to form a government after coming out marginally ahead in the previous election.

In an embarrassing blow to Gantz four days before the election, a recording emerged on Thursday of his top strategist, Israel Bachar, privately complaining to his rabbi of his boss’s lack of “courage”. Local press reported the rabbi had secretly recorded the conversation.

Gantz fired Bachar for the comments but the words played into one of Netanyahu’s biggest campaign tactics – arguing that Gantz does not have the stomach to face the country’s security issues.

Netanyahu’s other election strategy has been to energise his hardline nationalist base, with promises of land grabs from Palestinians.

On Tuesday, he announced he would go ahead with a highly controversial plan to build settlements east of Jerusalem. The plan would almost completely encircle Palestinian neighbourhoods in the holy city.

The prime minister made similar appeals before the previous votes. In April, he said he would annex all current settlements, and in September he promised to go further, by claiming sovereignty over a third of the entire West Bank.

He has also looked to his rightwing global ally, Donald Trump, to help him convince Israelis that he is the only leader able to garner concessions from world powers.

In late January, the US president appeared to gift Netanyahu just that, revealing a “vision for peace” plan in the White House that read like a checklist of demands from the Israeli far right. It gave the country Jerusalem, huge swathes of the Palestinian territories and permanent security control over Palestinians, whose leadership rejected the plan as flagrantly biased.

In preparation for election day, the Israeli military closed crossings with the occupied West Bank, where more than 2.5 million Palestinians live under Israeli rule but cannot vote, and Gaza, where 2 million more live under a blockade.

Meanwhile, a November indictment for three major corruption cases against him has dented Netanyahu’s image. He is expected to appear in court on 17 March, the first day of his criminal trial.

It is still not clear if the two major developments since the September election – Trump’s plan and Netanyahu’s indictment – would affect voters. Recent polls suggested they have little to no impact, with Netanyahu’s Likud party just ahead of Gantz’s Blue and White party. However, neither side appear to have enough allies to form a majority coalition.

Political parties fear a low turnout on Monday as voters become apathetic about the political stalemate and fearful of the spread of coronavirus, issues that could drastically affect the result in such a small country.

In a survey released last week, the Israeli Voice Index, the most popular prediction for the election outcome was another election. 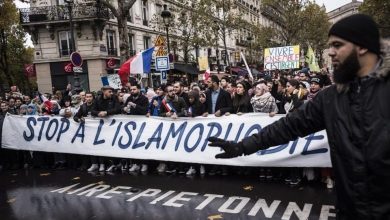 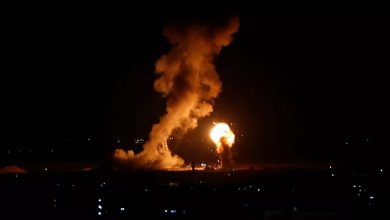 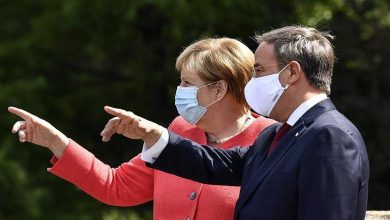