After being sworn in after gaining the confidence of the Libyan parliament, the Libyan government awaits several fundamental challenges. Political analysts believe that its chances of success in any of them are always contingent on “international support” for its moves in the coming period, especially since several challenges are directly linked to regional parties. Take, for example, the issue of mercenaries and armed militias.

While the Libyans are counting on the government of Abdel Hamid Dabaiba, who took the constitutional oath before Parliament on Monday 15 March 2021 in Tobruk (1300 km east of the capital, Tripoli), to prepare the internal conditions for holding elections next December, in addition to working on the national reconciliation file. In parallel, these essential tasks are inseparable from a number of challenges that stand as basic obstacles for the government to achieve its main objectives.

In addition to the security, mercenaries and militia files, the most prominent and important files that represent a top priority on the table for Libyans, there are other files that are no less important, not the first of which is only the issue of living conditions and the economic challenges that many Libyans face in light of the damage to basic services, including electricity and water. It also extends to other important files such as the displaced and the displaced.

The Libyan political researcher, Ezz El Din Aqil, identifies in statements to Sky News Arabia 5 main challenges facing the Dabaiba government, describing them as “threats that constitute the essence of the Libyan crisis.”

The series of challenges included disarming, dismantling militias, expelling mercenaries, restructuring and organizing the army and police, and returning the displaced and displaced.

Aqeel believes that these challenges “are not local tasks. Rather, the international community itself bears its moral and legal responsibility to support the Libyan government directly in order to end these threats that the Libyans have implicated in (…) Otherwise, the only fate of this government is complete failure like its predecessors.”

Concerning the short period of the government and its specific functions, the Libyan political researcher points out, saying: “It is assumed that there is no such thing as the short life of the government .. It is assumed that attention should be directed to the quality of the infrastructure of the state’s entity, and not to the age of the government, which should be as long as it is actually accomplished in the field of ending The security chaos, which is a top priority for the people, and which is also the basis for holding the upcoming elections. “

On the tenth of this March, the Libyan Parliament granted confidence to the government of national unity headed by Dabaiba, with a total of 132 deputies out of 188. The government is awaiting a series of difficult files within a period of less than 10 months before the date set for holding the elections on December 24th.

Meanwhile, Hussein al-Sharif, the Libyan political analyst, in statements to Sky News Arabia, refutes the most prominent challenges facing the Libyan government in several key points. The first of which is related to the fact that “until this moment what was agreed upon in Geneva has not been included, as well as granting confidence in the constitutional declaration,” in addition to the major challenge associated with the presence of mercenaries on the ground in Libya, since “Turkey to this day still brings mercenaries and does not They are still establishing foreign camps inside Libya, as well as their control of Misurata, Khoms Port, Tripoli and the Libyan West. “

The other challenge, according to Al-Sharif’s assessment, is related to the position on the “security agreement with the Turks”, as well as the security challenges, especially since the government is facing a real entitlement, which is that the Libyans will be elected on December 24th, and this entitlement requires comprehensive security conditions; Especially in light of the presence of mercenaries and militias outside the state apparatus, with the proliferation of weapons in an illegal framework, which threatens security and stability inside the country. This is in addition to the challenge of unifying the military.

In explaining the challenges facing the national unity government led by Dabaiba, Sharif believes that among those challenges is related to the need to “reformulate Libyan foreign relations,” especially with countries that have supported terrorism in Libya.

In parallel, other internal challenges are monitored, including the presence of a group of supporters of the former regime who obtained acquittals and up to the moment in prisons, as well as the file of the city of Tawergha, whose people were displaced and did not return to their country.

The Libyan political analyst concludes his remarks by saying: “We wish this government success,” stressing that the unification of state institutions is the main thing, and we hope that the government will support the elections commission and the constitution drafting and preparation committee, so that the Libyans go to the elections according to a true voting rule that all Libyans have asked about. He points out that “these are very big challenges, especially since the head of the Elections Commission hinted at a lack of readiness and thus failure to abide by the date of December 24, which may mean that this government may be temporary for a period that may extend for another four or five years.

The Libyan government consists of 26 male and female ministers, two deputy prime ministers, and six state ministers. And assume the administration of responsibility for the country in a temporary period during which it oversees the transition process until elections in December.

In turn, the Libyan analyst, Siraj Al-Tawerghi, in exclusive statements to Sky News Arabia, draws on a number of other challenges in addition to the challenges associated with the presence of militias in Libya, and their actions that “indicate that they are continuing their tyranny and oppression of the Libyan people, and exhausting the Libyan treasury.” On the challenges associated with the presence of mercenaries and what he called “the Turkish occupation bases in western Libya, and thousands of Syrian mercenaries.”

Among the most prominent of these challenges are the life problems that the Libyan citizen suffers from, such as cuts to electricity and various services, and a lack of liquidity, among the tremendous economic problems that the Libyan people have been suffering from for a full ten years, according to Al-Tawerghi, who added: “I don’t think that these are The problems can be solved in the era of the current government, especially since it has existed for a short period. “

He added to these challenges also related to the presence of figures, which he described as “controversial” within the new government formation, who are “rejected by the Libyan people, and have been entrenched in minds that they call for sedition and the demolition of state institutions.” 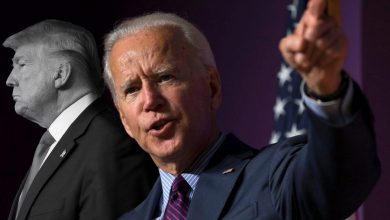 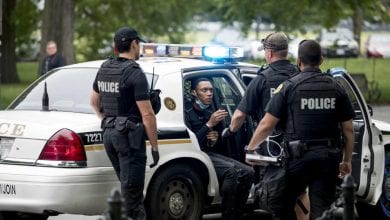 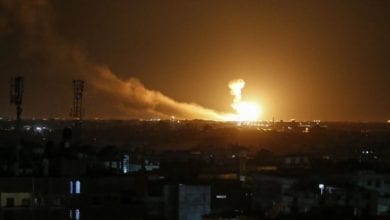 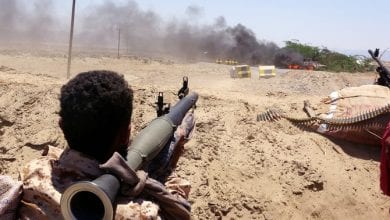