President’s intelligence agencies issued warnings about the novel coronavirus in more than a dozen classified briefings prepared for President Trump in January and February, months during which he continued to play down the threat, according to current and former U.S. officials.

For weeks, the PDB — as the report is known — traced the virus’s spread around the globe, made clear that China was suppressing information about the contagion’s transmissibility and lethal toll, and raised the prospect of dire political and economic consequences.

The repeated warnings were conveyed in issues of the President’s Daily Brief, a sensitive report that is produced before dawn each day and designed to call the president’s attention to the most significant global developments and security threats.

But the alarms appear to have failed to register with the president, who routinely skips reading the PDB and has at times shown little patience for even the oral summary he takes two or three times per week, according to the officials, who spoke on the condition of anonymity to discuss classified material.

The advisories being relayed by U.S. spy agencies were part of a broader collection of worrisome signals that came during a period now regarded by many public health officials and other experts as a squandered opportunity to contain the outbreak.

The frequency with which the coronavirus was mentioned in the PDB has not been previously reported, and U.S. officials said it reflected a level of attention comparable to periods when analysts have been tracking active terrorism threats, overseas conflicts or other rapidly developing security issues.

A White House spokesman disputed the characterization that Trump was slow to respond to the virus threat. “President Trump rose to fight this crisis head-on by taking early, aggressive historic action to protect the health, wealth and well-being of the American people,” said spokesman Hogan Gidley. “We will get through this difficult time and defeat this virus because of his decisive leadership.”

The Office of the Director of National Intelligence is responsible for the PDB. In response to questions about the repeated mentions of coronavirus, a DNI official said, “The detail of this is not true.” The official declined to explain or elaborate.

U.S. officials emphasized that the PDB references to the virus included comprehensive articles on aspects of the global outbreak, but also smaller digest items meant to keep Trump and senior administration officials updated on the course of the contagion. Versions of the PDB are also shared with Cabinet secretaries and other high-ranking U.S. officials.

One official said that by mid- to late January the coronavirus was being mentioned more frequently, either as one of the report’s core articles or in what is known as an “executive update,” and that it was almost certainly called to Trump’s attention orally.

The administration’s first major step to arrest the spread of the virus came in late January, when Trump restricted travel between the United States and China, where the virus is believed to have originated late last year.

But Trump spent much of February publicly playing down the threat while his administration failed to mobilize for a major outbreak by securing supplies of protective equipment, developing an effective diagnostic test and preparing plans to quarantine large portions of the population.

Trump insisted publicly on Feb. 26 that the number of cases “within a couple of days is going to be down to close to zero,” and said the next day that “it’s like a miracle, it will disappear.”

In reality, the virus was by then moving swiftly through communities across the United States, spreading virtually unchecked in New York City and other population centers until state governors began imposing sweeping lockdowns, requiring social distancing and all but closing huge sectors of the country’s economy.

As late as March 10, Trump said: “Just stay calm. It will go away.” The next day, the World Health Organization declared the coronavirus outbreak a global pandemic.

By then, officials said, the warnings in the PDB and other intelligence reports had taken on the aspect of an insistent drumbeat. The first mention of the coronavirus in the PDB came at the beginning of January, focusing on what at that point were troubling signs of a new virus spreading through the Chinese city of Wuhan, and the Chinese government’s apparent efforts to conceal details of the outbreak.

In the ensuing weeks, U.S. intelligence agencies devoted additional resources and departments to tracking the spread of the coronavirus. At the CIA, the effort involved agency centers on China, Europe and Latin America, as well as departments de­voted to transnational health threats, officials said.

The preliminary intelligence on the coronavirus was fragmentary, and did not address the prospects of a severe outbreak in the United States.

U.S. intelligence officials, citing scientific evidence, have largely dismissed the notion that the virus was deliberately genetically engineered. But they are continuing to examine whether the virus somehow escaped a virology lab in Wuhan, where research on naturally occurring coronaviruses has been conducted.

The warnings conveyed in the PDB probably will be a focus of any future investigation of the Trump administration’s handling of the pandemic. Rep. Adam B. Schiff (D-Calif.), the chairman of the House Intelligence Committee, in early April called for the formation of an independent commission analogous to the one created to investigate the Sept, 11, 2001, attacks.

In response to that probe, the George W. Bush administration was pressured to declassify portions of the PDB from August 2001 — a month before 9/11 — warning that al-Qaeda chief Osama bin Laden was “determined to strike in U.S.”

Senior officials with direct knowledge of Trump’s intelligence briefings say that Trump listens and asks questions during the sessions. “We go in and he treats us with respect,” one senior official said.

But Trump has also been combative or dismissive toward U.S. intelligence agencies throughout his presidency.

In mid-February, as the pathogen was spreading, Trump fired acting director of national intelligence Joseph Maguire after learning that a senior analyst had briefed members of Congress that Russia was seeking to interfere in the 2020 presidential election and had “developed a preference” for Trump.

Officials have noted that Trump was also contending with the Senate impeachment trial in January and focused on other security issues, including tracking Iran’s response to a Jan. 3 U.S. airstrike that killed a top Iranian commander, Qasem Soleimani, in Baghdad.

David Priess, a former CIA officer who was a PDB briefer in the George W. Bush administration, said that even if Trump is ignoring his briefing book, other officials including national security adviser Robert O’Brien are probably digesting the material and interacting with Trump daily.

O’Brien’s deputy, Matthew Pottinger, has a background in intelligence and was among a small circle of senior officials urging early action to contain the coronavirus, U.S. officials said. Pottinger pushed to close off air travel from Europe in February, officials said, but Trump did not do so until mid-March.

“The fact that [Trump] gets only two or three briefings a week from the intelligence professionals doesn’t mean that’s the only exposure to the PDB he’s getting,” Priess said. “He can get the best intelligence in the world and still not make good decisions based on it.”

Priess, author of a book on intelligence briefings for presidents, said that Trump’s predecessors have been varied in their approaches to consuming intelligence. President Barack Obama was considered an avid reader of “the book,” which was prepared for him on a specially equipped computer tablet. President George W. Bush reviewed the highlights of the PDB and often discussed its contents at length with his briefer. President Richard M. Nixon likely didn’t read the PDB, Priess said, but was extensively briefed by his national security adviser, Henry Kissinger.

Trump’s top health officials and advisers were also delivering warnings on the coronavirus through January and February, though their messages at times appeared muddled and contradictory.

On Feb. 25, Nancy Messonnier, the director of the National Center for Immunization and Respiratory Diseases, warned publicly that virus was spreading so rapidly that “we need to be prepared for significant disruption in our lives.”

Trump, traveling in India at the time, was outraged by what he regarded as the alarmist tone of her remarks and their perceived impact on the U.S. stock market.

Two days later, Health and Human Services Secretary Alex Azar testified before a Congressional committee that the risk to the public remained “low,” and that the coronavirus would “look and feel to the American people more like a severe flu season in terms of the interventions and approaches you will see.”

On March 11, with cases surging in New York and the stock market plummeting, Trump declared a national emergency and announced a ban on travel from Europe, which had become the new epicenter of the outbreak. 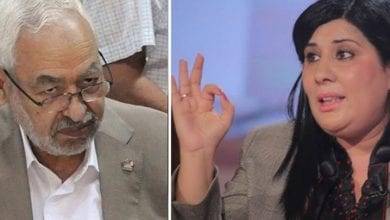 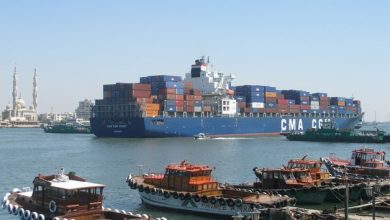 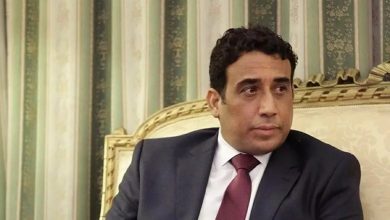 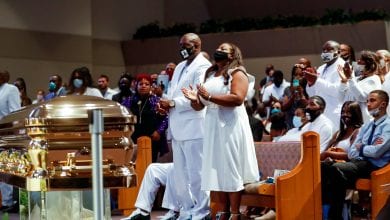