In timing with Palestinian conference hosted in Turkey between the two Hamas and Fateh, dozens of protests demonstrated in front of the European Union headquarters in Brussels, Thursday, demanding to release political detainees in the prisons of the Palestinian Authority headed by Mahmoud Abbas.

Protests carried pictures of the detained prisoners in Abbas and Erdogan jails calling for trial of both presidents as a blatant example of human rights violations, and called on the European Union and human rights organizations in the world to intervene immediately to stop these political crimes.

Abbas and Erdogan find in the Palestinian division an opportunity to escape from the crises in their regimes and make chaos.

The Turkish regime is the most supportive of the Palestinian leaderships from a long time.

Accordingly, news agencies reported that Fatah and Hamas movements concluded bilateral meetings that took place in Turkey over the course of three days, announcing the agreement on a common vision between both of them.

In a statement issued by the two movements said that their meetings in Istanbul, Turkey, dealt with “research on the tracks that were agreed upon in the General Secretaries General Conference that was held early this month in Ramallah and Beirut, and an agreed vision between the two movements.”

Statement stated that the vision will be presented for a comprehensive national dialogue with the participation of the Palestinian forces and factions, the final and official announcement of the national consensus will be made in the meeting of the General Secretaries under the auspices of President Mahmoud Abbas, provided that it does not exceed the first of next October, so that the practical path begins immediately after the conference.

The two movements pledged to work together to defend the rights and interests of our people, and to confront all conspiracies until the achievement of full independence, represented by the independent Palestinian state with Jerusalem as its capital.

Hussein al-Sheikh, a member of the Fatah Central Committee, responsible for Palestinian coordination with Israel, said: The two movements’ dialogue “consider an important step on the road to reconciliation and partnership, and the unity of the Palestinian position in light of the consensus on rejecting all liquidation projects for our national cause.”

The Palestinian official, Saeb Erekat, said in press statements that Fatah delegation would return from its meeting with Hamas delegation to the West Bank, holding approval for holding general elections in Palestine.

He added, “If the response comes, there will be an immediate presidential decree setting a date for free and fair elections in the West Bank, Gaza Strip and Jerusalem.”

The Palestinian official considered that “returning to the ballot boxes and the will of the Palestinian people is the main goal now.”

There was no immediate response from Hamas, according to what Erekat said.

The President of the Palestinian Authority, Mahmoud Abbas, had asked the President of the Turkish regime, Recep Tayyip Erdogan, during a call to support Ankara to achieve Palestinian reconciliation and hold general elections, after a series of agreements concluded by the two parties in Cairo, in which Abbas accused of putting obstacles to its implementation. 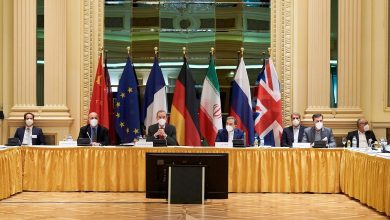 U.S. skeptical about the return to nuclear deal with Iran 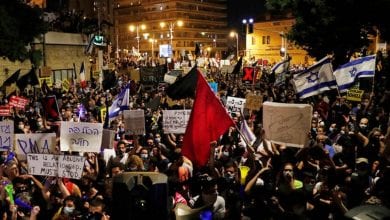