Thousands of supporters of Tunisian President Kais Saied have rallied in the capital to show their backing for his suspension of parliament and promises to change the political system, acts his critics call a coup.

The demonstration in central Tunis was called in response to protests against Saied’s actions over the previous two weekends in the same location.

On Sunday, demonstrators waved Tunisian flags and carried placards railing against Ennahdha, the “Muslim democratic” party that is the biggest in parliament and has acted as Saied’s main antagonist.

“We ask the president to dissolve parliament and hold accountable those who made the people suffer for a decade,” Salem Ajoudi, one of the demonstrators, said.

Another protester, Adel Chemli, told Al Jazeera President Saied is the right person to lead the country out of the current crisis.

“Today is a historical day. It is the first time the majority of the people are with their president. I have known Saied for 40 years. I was in the faculty of law with him, I came from Canada to support him. I’m nearly 60 years old, I am doing this for the young people for their future,” Chemli said.

“There are other protests happening across Tunisia, all of them to show support for the president,” Smith said. “These protests are to show that there remains support for what the president is doing. This is despite the fact that there is still no plan to pull Tunisia out of the dire economic circumstance it is in.

In July, the president plunged Tunisia into a constitutional crisis by suspending the elected parliament, dismissing the prime minister and assuming executive authority.

Last month, he brushed aside much of the constitution to say he could pass legislation by decree, casting into doubt Tunisia’s democratic gains since its 2011 revolution that triggered the Arab Spring revolts.

Many Tunisians blame those ills on a corrupt, self-interested political elite, and they see Saied, an independent elected in 2019, as a champion for the people.

“We are against the parliament, we are with Kais Saied. He is in the process of correcting and repairing our system. He is a democratic man,” Amel ben Amar, a public sector worker, told Al Jazeera at the protest.

On Sunday, Tunisian police arrested a member of parliament and a television presenter who have been prominent critics of Saied since July, their lawyer said.

While opinion polls show Saied’s moves have widespread support, his long delay in declaring a timeline out of the crisis has started to cement opposition to him.

The lawyer, Samir Ben Omar, said the military judiciary ordered the arrests, accusing the pair of “conspiring against state security and insulting the army” after they broadcast a programme on Zaytouna television station.

Aloui Abdellatif is a member of parliament for the conservative religious Karama party and Ameur Ayed is a presenter on Zaytouna. In the programme, they strongly criticized Saied and called him a traitor. 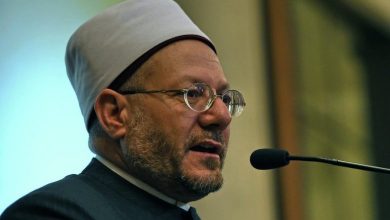 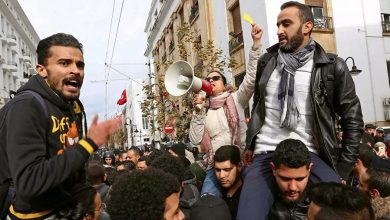 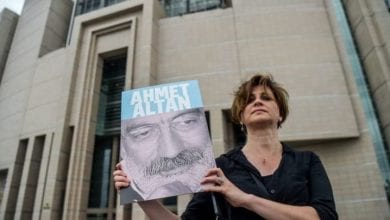 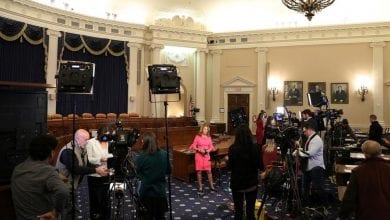