On Feb. 17, we ran an interview in Arab News with Kosovo Prime Minister Albin Kurti coinciding with his country’s 14th anniversary of independence.

Throughout the interview, I repeatedly asked whether he still thought the West — namely the US, NATO and the EU — remained reliable, and whether these entities, should push come to shove, would stand up for Kosovo or abandon it as they did in Afghanistan and, as we are now seeing, in Ukraine.

Prime Minister Kurti defended the West and said that he thought America and NATO were there to stay. Kurti, 47, belongs to the same generation as I do. It is a generation that saw the US — under the leadership of George H.W. Bush — rush to help liberate Kuwait in the 1990s with the help of regional allies. Later in the decade, the US — under Bill Clinton — helped end the Balkan War and halt the Serbian massacres in Kosovo and Bosnia.

However, in more recent years our generation also saw embarrassing acts by the same superpower not standing up for its own values or acting upon its own redlines. We saw that happen in both Syria and Ukraine. Former US President Barack Obama threatened Syrian dictator Bashar Assad with an imaginary red line if he used chemical weapons in 2012. There was also a similar threat if Russia took over Crimea in 2014. On both occasions, the former president and Nobel Peace Prize winner did absolutely nothing.

Today, we are seeing President Joe Biden follow the same path. Despite the tough talking, he is not really saying much. You can grin and you can frown but as long as what you are essentially saying is, “NATO is not sending troops to Ukraine,” then the outcome is the same as not doing anything.

Ukraine — a democracy which did everything by the book and hoped to join NATO one day — is paying the price for believing that the US and the West would protect it if it chose a different orbit from that of its next door neighbor, Russia.

All this comes as no surprise to us observers in Saudi Arabia or the wider Arab world. Luckily, we in Saudi Arabia have been investing in our own defense for decades. We have managed to blunt the majority of the Houthi terrorist attacks on our cities and civilian airports.

However, what leaves a bitter taste in the mouths of innocent men, women and children on the receiving end of the Iranian-backed Houthis is that the Biden administration reversed a Donald Trump-era designation of them as terrorists. The US will not admit it got it wrong, even when the Houthis continue to brag about crimes against civilians in the Kingdom and, most recently, in the UAE. To add insult to injury, America withdrew Patriot missile batteries — which as we all know is a defensive technology — as the Kingdom’s forces remained on high alert to defend its people from these indiscriminate terrorist attacks.

Nobody can blame Ukraine for thinking that with friends like these, who needs enemies?

One might argue that the US did nothing to protect Ukraine. Indeed, it sent military aid and announced sanctions. Well, it also condemned Houthi attacks against Saudi Arabia and the UAE, but going through the motions is not the same as doing what is necessary for justice to prevail.

As it stands, the West itself is even torn on whether or not to go all the way when it comes to sanctions. Economic gains and mutual benefits stand in the way.

Needless to say, prices of oil and gas are already extremely high, and are likely to go higher, hurting the pockets of ordinary citizens in Europe and America even more.

Of course, the current energy market situation might have been averted or the blow could have been softened had the Biden administration worked closely and not behaved like a pariah state toward long-standing allies and friends.

To go back to the Houthi example, not only would it have cost Washington nothing to admit its mistake and redesignate the Houthis as terrorists, but the admission would be in line with America’s own definition and policies against terrorists. (And in case anyone needs reminding, one of the Houthis’ official slogans and policies is, “Death to America”.) But of course, perhaps some in the current administration might prioritize bickering and reversing decisions of former US President Donald Trump to taking stances that are in line with longstanding American policies and values.

Meanwhile, one cannot help but think that observers in Moscow must be laughing at recently announced punitive measures such as barring Russia from competing in the Eurovision Song Contest 2022 or denying St. Petersburg the chance to host a UEFA Champions League final.

Even the more serious measures announced so far such as sanctioning individuals are all likely to be considered acceptable collateral damage when we take into consideration what the Russian government thinks it is fighting for.

Let us not forget that while many countries in the world believe Ukraine has been invaded and disagree with Moscow’s views on the conflict, several observers believe that — deep inside — Russia has always seen Ukraine as part of its historical motherland. There is also the official Russian narrative, which is that the “peace keeping troops” it sent to Ukraine are defending two newly declared independent republics — Luhansk People’s Republic (LPR) and Donetsk People’s Republic (DPR) — which officially requested Moscow’s help.

Understandably, Ukrainian President Volodymyr Zelinsky has expressed his frustration with his Western allies by saying he has not received the answers he wanted. He feels — and rightly so — that Ukraine has been left alone to fend for itself. Indeed, nobody can blame Kiev for thinking that with friends like these, who needs enemies?

Back to our interview with Kosovo’s PM which I referred to at the beginning, perhaps the only thing I can now agree with Kurti on is the other part of his answer to me. Which is that while his country continues to rely on the US and NATO, it also is working on building its own army in the meantime. That is obviously a very wise decision for any country depending on the US and Western powers in general these days. 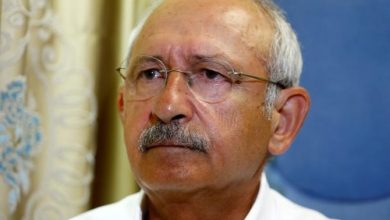 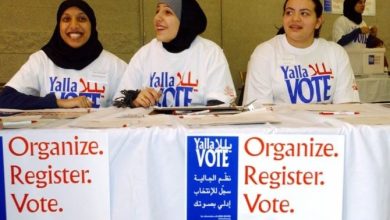 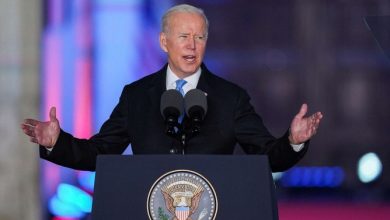