World leaders committed on Sunday at Berlin summit to ending all foreign meddling in Libya’s war and to uphold a weapons embargo, as a part of a broader plan to end the spiraling conflict, German chancellor Angela Merkel announced during a press conference, as participants agreed on targeting a political solution to the conflict.

The presidents of Russia, Turkey and France were among global chiefs signing up to the plan to stop interfering in the war – be it through weapons, troops or financing.

But the talks failed to deliver “serious dialogue” between the warring parties – strongman Khalifa Haftar and the head of Tripoli’s United Nations-recognised government Fayez al-Sarraj – or to get both sides to sign up to a permanent truce, although both men were in Berlin.

German chancellor Angela Merkel Merkel and her foreign minister met both men individually at the chancellery before the summit began. They weren’t in a group photo at the beginning of the event, and further details of their participation were not immediately available

Merkel said that countries with interests in Libya’s long-running conflict have agreed that they should respect a much-violated arms embargo, which should be better controlled than it has been to date.

The participants at Sunday’s summit in Berlin agreed to provide no further military support to the warring parties while a cease-fire lasts, Merkel said after about four hours of talks at the chancellery in Berlin.

‘A chance the truce will hold’

“We all agree that we should respect the arms embargo and that the arms embargo should be controlled more strongly than it has been in the past,” said summit host Merkel. “We have a very disparate situation in Libya, where ensuring that a ceasefire is immediately respected is simply not easy to guarantee”.

“But I hope that through today’s conference, we have a chance the truce will hold further,” she added.

Libya has been torn by fighting between rival armed factions since a 2011 NATO-backed uprising killed dictator Moamer Kadhafi. Most recently, Sarraj’s troops in Tripoli have been under attack since April from Haftar’s forces.

Clashes have killed more than 280 civilians and 2,000 fighters and displaced tens of thousands, until a fragile ceasefire backed by both Ankara and Moscow was put in place on January 12.

Although Sarraj’s government is recognised by the UN, powerful players have broken away to stand behind Haftar – turning a domestic conflict into what some have described as a proxy war in which international powers jostle to secure their own interests.

International alarm grew in recent weeks after Turkey ordered in troops to shore up Sarraj’s government.

Germany and the UN, as the conference’s hosts, had been struggling to draw military commander Haftar back into diplomacy after he quit talks and more than half of Libya’s oil output was shut in areas he controls.

Guterres expressed his worry that several oil ports and an oilfield had been shut down in Libya, an escalation that threatened to strangle the country’s finances and overshadowed the Berlin summit.

German foreign Minister Heiko Maas, speaking at a news conference with Merkel, said a follow-up committee on Libya would be set up which would spell out further steps needed to reach a ceasefire.

With the idea gathering pace, Britain and Italy had voiced readiness to help.

But as Guterres noted, that discussion remains premature: “First, we need to have a ceasefire – we cannot monitor something that doesn’t exist.” 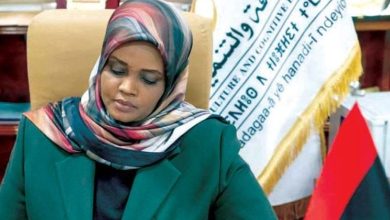 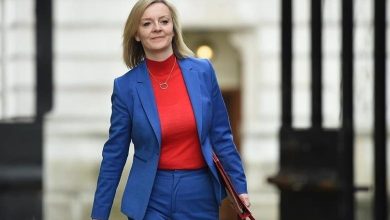 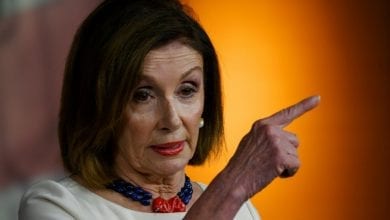