Days before his trial in the case of the secret apparatus of the Brotherhood in Tunisia, Rashid Ghannouchi, the leader of the terrorist group, hastened to appear and threaten security in the country.

“We must now pass quickly and save Tunisia as we did in 2011,” Ghannouchi, who is looking for a lifeline for the Brotherhood organization he leads, said in a televised interview, in a veiled message to his supporters to sow chaos and confusion in order to return to power again.

The leader of the Ennahda Brotherhood Movement (81 years old), who faces charges of terrorism, murder and financial corruption, added that the dissolved parliament since July 25, 2021, “still retains its legitimacy, and it is the only legitimate institution that represents the legislative and oversight authority.”

He also tried to incite the security and military forces, claiming that the solid forces (police and army) “will not remain silent for long,” in a call for a coup against Tunisian President Kais Saied.

Contrary to the Brotherhood’s exclusionary ideology, Ghannouchi claimed, “The great danger in Tunisia is exclusion… Why don’t we find a formula for coexistence with each other, benefiting, our children benefiting, and our differences enriching this country?”

Ghannouchi’s statements sparked criticism on social media in Tunisia, and some activists described them as “dangerous.” Others considered that Ghannouchi “does not want to believe that the Brotherhood’s parliament and its constitution issued in 2014 were disposed of on July 25, 2021, and were replaced by a new constitution and elections.” Parliamentary.”

The Tunisian political activist, Fathi al-Amdouni, asked in a post on Facebook: “After the dangerous statement of the criminal al-Annushi… where is the state?”

He continued, “The man threatens directly not to recognize the state and its institutions, and considers himself the speaker of parliament, and no one will budge him.”

He added, “The criminal Ghannouchi does not recognize the elections and the institutions of the state. The man resorts to a scorched earth policy,” he said.

Walid Zarrouk, a member of the Tunisian security apparatus, said, “The Brotherhood destroyed our administrations and institutions like a cancer. We cannot allow the Brotherhood’s cancer to position itself behind parties like Abdel-Latif al-Makki’s party, or to be deceived by the positions of Imad al-Hamami, or to simply open dialogue with the forms of the Brotherhood’s Salvation Front.”

And he continued in a post he posted on Facebook: “Today, these files must be opened with all seriousness, and terrorists, accomplices, and defaulters must be prosecuted and held accountable, after which they conduct an interesting and interesting dialogue.”

He added, “Tunisia is for everyone, regardless of their religions, beliefs, opinions, positions, and political affiliations, but the Ennahda movement is a branch of an international terrorist organization created by the British colonial intelligence, and it is necessary to pursue them, confront their ideology, ban it, dissolve it, and get rid of it.”

And he went on to say, “All logistical and human capabilities must be provided in the cultural, religious, security and legislative fields, and if necessary, a cell should be formed to confront this malignant tumor that includes the ministries of justice, interior, culture, education and religious affairs to get rid of this epidemic that has ruined our countries and its crimes are documented and unquestioned.”

Meanwhile, the Tunisian judiciary is investigating leaders and members of the Ennahda movement, including movement leader Rashid Ghannouchi, in cases related to terrorism, deportation networks abroad, and money laundering.

In December, the judiciary arrested the deputy head of the Ennahda party and former prime minister, Ali Larayedh, after investigating him in a case related to the transfer of Tunisian terrorists to Syria and Iraq.

In early February, the defense committee for left-wing opponents, Chokri Belaid and Mohamed Brahmi (who were assassinated in 2013), revealed in a press conference documents implicating the Ennahdha movement and its leader Rashid Ghannouchi in the political assassinations of a number of political activists, led by Belaid. 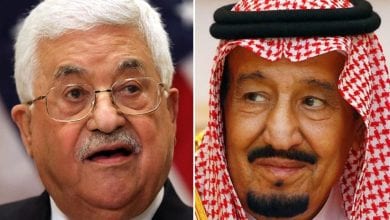 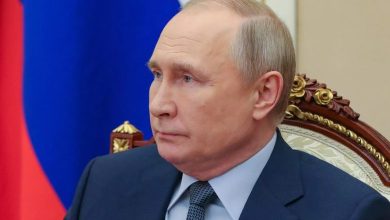 Russian President: Vows ‘as in 1945, victory will be ours’ in Ukraine 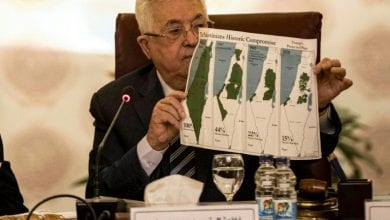 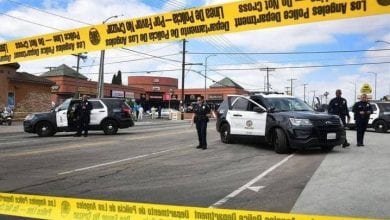