The perpetrator of the terrorist attack that took place in Istanbul last week, killing at least six people and wounding 80 others, six of them critically, was arrested just 10 hours after the blast. She was identified as Ahlam Albashir. She confessed that she was a member of the strongest Kurdish party in Syria, the Democratic Union Party, known as the PYD.

At least 46 people who were thought to be involved in the attack have been arrested.

More people may be arrested in the coming days. Turkish authorities disclosed that Albashir admitted she was trained in Kobane, Syria, and entered Turkey via Afrin, which is supposed to be under Ankara’s military control. She was working (or at least spending her time) in a textile workshop run by Syrian refugees for four months before the attack.

Interior Minister Suleyman Soylu has previously taken pride in saying that the authorities were aware of every detail of the activities of foreign terrorists operating in Turkiye, down to the size of their boots. He used to say: “A bird would not be able to fly over our border without our knowledge.” This turned out to be an empty claim.

Terrorist acts are perpetrated in every country, but this incident invites certain comments. Istiklal Avenue in the Beyoglu district, where the blast took place, is full of police officers. There are also foreign consulates and their private guards. Thousands of street cameras watch the movements of every single individual.

Albashir sat for about 40 minutes on a road-side bench on an extremely busy street, along with the bag that she placed on the bench. Apparently none of the police or intelligence officers thought her behavior was suspect or felt the need to approach her.

Security cameras show her running away as the time of the blast approached. She then took a taxi to the place where she was going to be evacuated from. Communications intercepted between Syria and Istanbul showed that the organizers of the attack decided to dispose of her immediately so that she could not talk, but they must not have had an opportunity to do so.

The command center in Syria was more concerned with evacuating to Bulgaria a certain Bilal Hassan, who was posing as Albashir’s husband. He is believed to have made it to Bulgaria. Five Moldovan citizens were arrested in Bulgaria in connection with this incident, which exposes the ramifications of the network.

The complicated ramifications that last week’s Istanbul blast exposed are there for everyone to see.

Several embassies sent messages of condolences to the Turkish authorities. But Soylu refused to accept the condolences of the US Embassy in Ankara because, he said, these terrorists were trained by the US authorities.

A few hours after the blast, Turkish President Recep Tayyip Erdogan flew to Bali, Indonesia, to attend the meeting of the G20. He was probably hoping to hold substantive talks with US President Joe Biden, but they held only a short talk of 15 minutes on the margins of the summit. Unlike his interior minister, Erdogan did not refuse the condolences of the US authorities.

This incident coincided with a timid initiative of the ruling AKP party to cooperate with Turkiye’s main pro-Kurdish political party, the HDP. The cooperation was mainly aimed at persuading as many Kurdish voters as possible to vote in favor of the ruling party in next year’s elections.

Another enticement was the AKP’s contact with the pro-Kurdish party with a view to gaining its support for a constitutional amendment on the headscarf issue. Until 10 days ago, the far-right MHP, at AKP’s behest, did not spare any curse on the same pro-Kurdish party.

Last week, the ruling party made an exceptionally positive gesture in favor of the former co-chair of the HDP party, Selahattin Demirtas, who is serving a prison sentence for no legally valid reason.

When Demirtas’ father suffered a heart attack, the government made a helicopter available for him to be transported from Edirne prison to Corlu airport and a private plane to take him to distant Diyarbakir to see his father.

No political detainee had benefited from such favorable treatment before. This gesture by Erdogan was perceived as a last resort to attract as many Kurdish voters as possible to the AKP.

Ankara has to presume that the extremely strong intelligence services of Bashar Assad’s regime, the Mukhabarat, as well as a multitude of Kurdish, religious extremist and Daesh factions, must have penetrated Turkiye and established dormant cells in every corner of the country.

The complicated ramifications that last week’s Istanbul blast exposed are there for everyone to see. Uprooting such deeply penetrated cells may take decades. 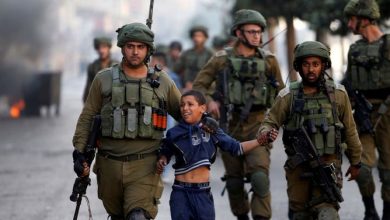 There is no clear end in sight to Libya’s deadlock